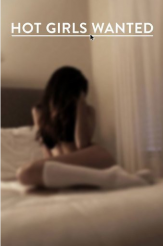 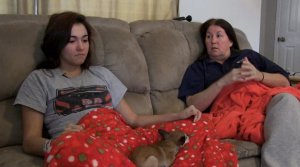 A scene from the Netflix documentary HOT GIRLS WANTED | © 2015 Netflix

HOT GIRLS WANTED, currently available on Netflix, was nominated for an Emmy for Exceptional Merit in Documentary Filmmaking, as well as for the Sundance Film Festival Grand Jury Documentary Prize. The film deals with young women who are drawn by online advertising into the world of pornographic movies.

JILL BAUER: We [Bauer and Gradus] did a first film, a first documentary called SEXY BABY, and it was about kids growing up in the digital age. And we were very interested in what they were watching, and they just showed us what they were watching, so we got very interested in what existed in pornography on the Web, and what was easily accessible to teenagers. So we sort of had this on our checklist, to get inside of the [pornography] world, but we never thought we’d get in, and we did. We found a recruiter who let us into his home. And therein lies the story of HOT GIRLS WANTED.

AX: Has the universe of pornography changed a lot as the technology has changed, from sixteen-millimeter or eight-millimeter film to digital recording equipment?

BAUER: Tremendously, because any guy with a camera can create [pornography] and shoot [pornography]. So it’s a highly-unregulated industry. All you have to do is prove that you’re eighteen, if you’re a young woman, and they don’t regulate any other part of the industry. There are condom laws, but not in Miami, where we filmed most of the film.

AX: Are most of the people making this men?

BAUER: No. There are a lot of women. It’s not an anti-pornography film. It really just shines a light on the young women who are answering ads on Craigslist – “Hot Girls Wanted, free trip to Miami.” It’s a mix in terms of who the makers of [pornography] are, but it’s just so easy for girls to get into it at the age of eighteen without sort of having fully-developed brains, and it’s also very accessible to very young kids.

AX: So HOT GIRLS WANTED focuses primarily on the young women who answer the ads?

BAUER: Yes. We follow one girl home and she tells her parents, so it’s a verite film.

AX: Is there usually a big disconnect between what the young women think they’re going to be doing and what they wind up doing?

BAUER: Yes, there is a disconnect. They are in search of quick fame and quick money. They grew up with reality TV, and this is their world, and these are their expectations. It’s a fantasy. They’re looking for freedom, they’re from working-class families, so they want a free ticket out, and it’s their free ticket out.

AX: Is it that they don’t form any connection between the pornography they see online and what they’re going to be doing, or they see it and they think that’s fame?

BAUER: It happens so fast. Some guy, who’s a recruiter, sends them a free ticket, and they don’t study, they don’t research what they’re about to do, it’s so fast. They say, “I’m a pretty girl, I was a cheerleader, I’ll answer an ad for modeling,” and then one thing leads to another and all of a sudden, they have a ticket.

AX: Does anybody ever get to say, “Wait a minute, this is not what I thought I was doing, I don’t care that you paid for my airline ticket, I’m going home”?

BAUER: Absolutely. The recruiter we followed was actually a benevolent master, for lack of a better way to say it, and they can leave whenever they want. But it’s hard. There are girls in the house, and they form a sorority, and all of a sudden, they’re giggling and talking about what they did during the day and consoling one another, but they can leave if they want to, and they often do, most of the time.

BAUER: I think that they don’t think about it. I think it’s sex. It’s immediate – [pornography] is there to entice and create a feeling, it’s private, people do this in their homes privately, and so I don’t think that people really, really think about it. One of the greatest things that has happened is that young men have come to us and said, “Thank you for helping me. I never realized – it’s sort of like a sausage factory. I never realized where my food was being produced, where my [pornography] was being produced, how it was produced.” So it’s like a SUPER-SIZE ME for [pornography], and so men – mostly men, young men – are saying, “Whoa. That’s someone’s daughter, that’s someone’s sister.” But it could last a day. A lot of them say, “I didn’t look at [pornography] for two days” [laughs]. And they mean that. [Viewers have] very passionate responses. We get the feeling that a lot of people have a lot to say about it.

AX: What’s the difference between amateur pornography and professional pornography? Is it that the people are old enough to understand what they’re doing in the professionally-made stuff?

AX: So it’s professional made to look like it’s amateur?

BAUER: I directed and produced it with my colleague, co-producer, co-director Ronna Gradus, and the actress Rashida Jones produced it also.

AX: Does she narrate?

BAUER: No, it’s a completely verite film, no narration, no talking heads.

AX: What would you most like people to know about HOT GIRLS WANTED?

BAUER: It’s not an opinion piece. It’s there to stir the pot, really. All we did was, we went to this place, we turned the camera on, and this is what played out, and then it was edited, but this is real life. We want people to pay attention to what exists and what’s easily accessible, and how easy it is to get into this.