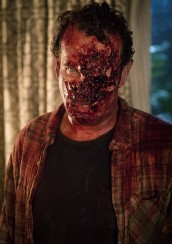 FEAR THE WALKING DEAD: 5 things to expect in Season 1 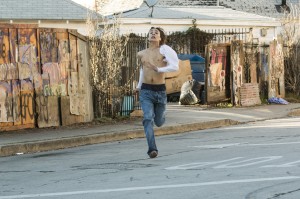 After the first episode of FEAR THE WALKING DEAD debuted to a cable record ratings, it is probably safe to say AMC has another hit on its hands despite some viewers’ opinions that it was too slow or there was not enough zombie carnage.

While the first season is only six episodes (the same as the original series’ first season), there is still much that can happen to capture an audience. The cast and crew of FEAR THE WALKING DEAD believes so too and they gave AssignmentX five things to expect to see on the show during Season 1.

1) They know that you know what’s going on.

Because you’ve probably already seen the first five seasons of THE WALKING DEAD or read the comics, you expect certain things that will be happening on FEAR. But according to showrunner Dave Erickson, they are going to play with this aspect to their advantage. Erickson gives the example in Episode 1 where Nick is running away from the zombie filled church and you expect him to either run into more zombies or come face-to-face with another. Instead, he gets hit by a car. “We are capitalizing on the fact the audience knows what’s going on but the characters in FEAR THE WALKING DEAD do not,” Erickson said.

2) Chaos in the streets.

Because no one knows what’s happening, they have no idea how to behave in this situation. Many think there is a flu epidemic going on but as things become clearer, we will see the show capture the degradation of society. “Are we going to have an orderly evacuation of Los Angeles and New York? Everyone will wait patiently in line, wait their turn and everything will be fine, right? No, that’s bullsh**. That’s not going to happen. It will be chaos and you are going to very, very surprised,” said Ruben Blades, who plays Daniel Salazar.

FEAR THE WALKING DEAD is firmly grounded in family, said Cliff Curtis who plays Travis Manawa. And it is a second chance for a family where there has been bad things that have happened through divorce and other losses. “It is a second shot at creating a family at a time that is not conducive to building anything,” Curtis said.

4) Natural instincts may be your downfall.

While there are a handful of bad people in the world, most people generally consider the larger populace to be good people. But in FEAR THE WALKING DEAD the person who is a Good Samaritan and wants to help may get into the most trouble. “How characters are lead in certain directions due to their natural instincts is going to be a fun thing to watch,” said Gale Anne Hurd, executive producer on FEAR. “People’s strengths and weaknesses will get them into a lot of trouble.”

5) There are no character blueprints.

In THE WALKING DEAD there is an entire mythology built by a popular comic book that has and continues to influence the main show. But in FEAR THE WALKING DEAD there are no such blueprints for the characters. But that’s a good thing, according to Mercedes Mason, who plays Ofelia Salazar. “As exciting as it is to have a blueprint for your character as many of those in THE WALKING DEAD do, I love the fact that I’m just as surprised as everyone,” she said. “It keeps us on our toes. We get to put our own stamp on it.”

Episode 2 of FEAR THE WALKING DEAD airs this Sunday at 9 p.m. on AMC.