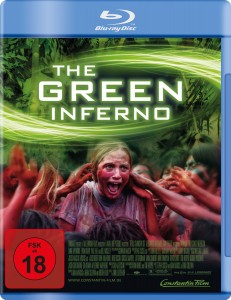 Actress Magda Apanowicz [pronounced Ap-a-no-veech] was in Season 2 of HUSBANDS: THE SERIES. She’s not in Season 3 but, as she explains at the Paley Center premiere event for HUSBANDS Season 3 – now nominated for two Writers Guild of America awards and available for viewing at CWSeed.com – “I came here to support and love.”

Apanowicz, a native of Vancouver, Canada, has a strong science-fiction genre pedigree, with regular roles on KYLE XY and CAPRICA to her credit. She’s now a regular on Syfy’s time-travel drama CONTINUUM and is one of the stars of Eli Roth’s upcoming THE GREEN INFERNO.

MAGDA APANOWICZ: [CONTINUUM] is an amazing show, probably one of the best shows I’ve ever worked on, and we got picked up for a third season [which will air in 2014]. I also finished shooting a movie called THE GREEN INFERNO, which is Eli Roth’s next horror movie, and we got into the Toronto International Film Festival. So I’m extremely excited.

ASSIGNMENT X: Did you actually go to the jungle to film GREEN INFERNO?

MAGDA APANOWICZ: Yeah, we were in the jungles of Peru and the rain forests of Peru, and Santiago, Chile, for a month. That was a very unique experience that I will never be able to explain to anyone. We, the little family, will always understand what we went through. It was awesome and gritty and everything that you’re comfortable with gets stripped away.

AX: Did that help with acting in it?

APANOWICZ: I honestly think it did. I think it would be a completely different movie if we shot it somewhere in L.A. or Vancouver. I think shooting it somewhere in South America, where you’re away from wi-fi, away from people, and just getting really gritty. 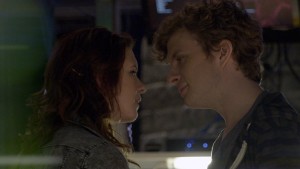 AX: Was there anything that at one point you needed that wasn’t there, or somebody needed an anti-bacterial shot or something?

APANOWICZ: I would say food. I needed food. I got a stomach bug; it was hard for me to handle. Another one of the cast members – she got bitten so much, she had to go to the hospital and get a big shot in her butt to bring all the bites down. It was a little scary.

APANOWICZ: Normal sources. Absolutely normal, but messed up. It’s a cannibal tribe that captures us, takes us and starts eating us alive.

AX: Did you have to deal with a lot of makeup effects?

APANOWICZ: Yeah, there are a lot of amazing effects. The special effects team on it was incredible. Jonah and Oz [Alvarez] – I made really good friends with them and they did some incredible prosthetics and live stuff that has to go off on the day, and we had a lot of blood, sweat and dirt on us every day.

AX: Is this the most you’ve had to deal with fake blood and dirt so far?

APANOWICZ: Honestly, no. I’ve done a lot of movies and shows that have to do with blood, sweat and dirt. I’m used to it. It was just another day at work.