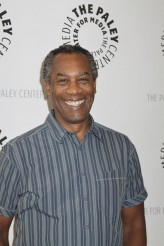 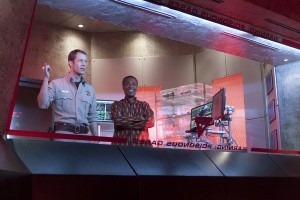 On Saturday, Feb. 22, TV One will live-telecast NAACP’s 45th ANNUAL IMAGE AWARDS ceremony, honoring multi-cultural excellence in motion pictures, television, recording, literature, documentaries and writing and directing. The NAACP remains a preeminent civil rights organization, but the Image Awards have taken on something of a life of their own.

One of the Image presenters will actor Joe Morton, who is also a nominee in the Television Supporting Actor in Drama for his work on ABC’s SCANDAL, now in its third season, Thursdays at 10 PM. Morton plays spymaster Rowan Pope, father of the series heroine Olivia Pope, portrayed by fellow Image nominee Kerry Washington.

Morton is at TV One’s panel for the Image Awards at the Television Critics Association press tour. He takes time to talk about his presenting duties, as well as SCANDAL and the too-soon-gone EUREKA.

ASSIGNMENT X: Where does award presenting fit into your view of your professional role?

JOE MORTON: Oh, I think like anybody else who’s a performer, it’s public speaking. They want to put a face on it, so thank God they asked me to do it. It’s a privilege.

AX: Have you been involved with the NAACP outside of the Image Awards?

MORTON: I think when I was in high school, I was involved with the NAACP and sort of on the outskirts of it during the Sixties and the civil rights movement, but now I’m clearly far more involved.

AX: To ask about SCANDAL, did you ever think you’d wind up playing Kerry Washington’s dad?

MORTON: To be absolutely honest, when they offered me the role, they told me that’s what I was going to do, but I couldn’t tell anybody else, so for several weeks, I held a secret that nobody else knew.

AX: When the show began, did you think you’d be on it at all?

MORTON: I didn’t. As a matter of fact, when I came to L.A. last year, just before the end of the second season, I started watching the show for the first time, having heard about it and never having seen it, knowing who Kerry was, and thinking to myself it would be really lovely if I could figure out a way onto the show. Two weeks later, before I had a chance to talk to anyone, I got a call saying, “We’d like you to come onto the show.” And that’s how that happened.

AX: Often, when there’s a character on a drama, you either see that person in their professional life or their personal life. In SCANDAL, you see a lot of both.

MORTON: Yes. It combines both personal and professional. And as an actor, it also gives me, because of the way [series creator] Shonda [Rhimes] writes for me, it gives me an opportunity to really sort of get both feet and toes and fingers and my entire body into the part, so it’s terrific.

AX: Were you happy with the way EUREKA wrapped up?

MORTON: No. We all wished that it could have gone on just a little bit longer. It was sort of cut off a little short for us.