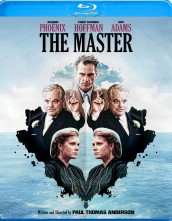 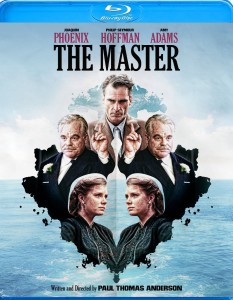 THE MASTER – Navigating somewhere between being an art house flick and a straight drama, THE MASTER is one hell of an odd duck. A mishmash of ideas, images, strange scenes that literally have nothing to do with anything and mind f*** notions about the afterlife. THE MASTER circles around a very troubled WWII vet, Freddie (Joaquin Phoenix), that falls into a cult headed up by a charismatic but equally trouble leader, Lancaster Dodd (Phillip Seymour Hoffman). Dodd sees a lot of himself in Freddie and takes him under his wing in a sort of father-son type relationship, despite many of his family and followers hesitant to the idea because of Freddie’s frequent outbursts and strange behavior.

What follows is a odd relationship where both are at wills over each other while almost needing the company of the other in order to function. Unfortunately, this leads to a lot of the movie droning along and not much happening until we are left with an ending that really doesn’t go anywhere or mean anything to what we have come to see before. Is Freddie better off now after his time with The Master or is he the same screwed up individual we have seen for more than two hours? Hard to tell and we are left with no answers. Still, the film looks great and the performances from Hoffman and Phoenix are really well done so that may be worth checking out. 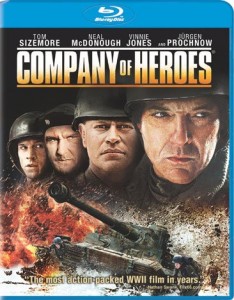 COMPANY OF HEROES – A straight-to-video World War II flick loosely based on real events, loosely based on the video game of the same name. What it has going for it is that, for once, Uwe Boll didn’t direct it. Unfortunately, that’s about all that’s good. Being a diehard lover of WWII films, I wasn’t expecting it to be SAVING PRIVATE RYAN or BAND OF BROTHERS but at least I was hoping for more than just a run-and-gun type film that just meanders from one pointless action scene to another where U.S. forces are ambushed by Nazis over and over again and nameless soldiers are killed over and over again and we are supposed to care for some reason. The plot isn’t much. A group of soldiers fighting during the Battle of the Bulge get tasked with taking out a secret plot by Hitler to build a super weapon. Lots of pointless fighting between armies. Lots of pointless scenes of dialogue that do nothing to further any character or plot development. Lots of really bad CG. In the end, COMPANY OF HEROES accomplishes one thing, making you want to go back and watch BAND OF BROTHERS again. 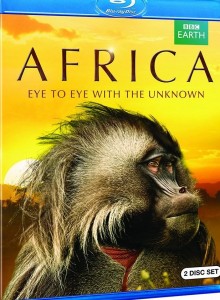 AFRICA – Unlike COMPANY OF HEROES, AFRICA is totally worth your time or money. BBC has done an awesome job with the PLANET EARTH series and this continues that tradition focusing on the extremely interesting creatures that inhabit one continent on our planet. Looking at how nature gives new life and how the various ecosystems work, despite the presence of humanity is a pretty cool thing to watch. Having it in high definition makes it that much better. If you are a fan of any of the other installments of the series that examined the creatures and environments of Antarctica or South America or Australia, AFRICA is going to be a sure winner and is highly recommended. 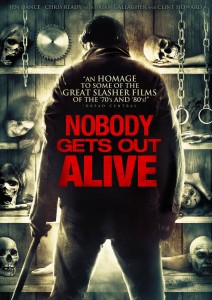 NOBODY GETS OUT ALIVE | (c) 2013 Image Entertainment

NOBODY GETS OUT ALIVE – A pretty good old school-type horror film about a dude who goes off the reservation once his daughter is killed by a drunk driver in front of his house. So he spends his days and nights stalking the woods and picking off any unlucky soul that ventures into his land. That’s exactly what happens to a group of teenagers just looking for a good time. There is nothing original here or anything that you have seen before, yet the movie doesn’t try to make it seem like it wants to be. It is merely a dude just 86ing a bunch of spoiled SOBs that probably deserve what they are getting. Except the one chaste chick that didn’t want to be there to begin with (there’s always one). Anyway, horror junkies will find it pretty decent in terms of a rental. 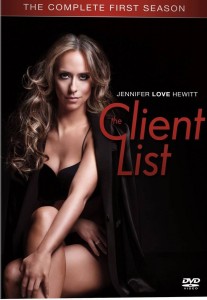 THE CLIENT LIST: THE COMPLETE FIRST SEASON – Every man seems to enjoy the bounty that Jennifer Love Hewitt brings to whatever she does. So naturally, there was much buzz surrounding a series where Hewitt gets involved in the “happy ending” business of massage therapy. Unfortunately, while JLH has many moments of wearing next to nothing and making some dudes extremely happy, since it is on cable it is all very tame compared to something you’d see on a pay network. Plus, there’s all this needless plot that is involved. Really, they could just stick JLH out there in lingerie massaging dudes for an hour and a ton of people would tune in. But because they are mostly after the female demographic, we must endure the whole aspect of her doing this naughty bit of work for her children and battling her morals. With the second season approaching, here’s your chance to catch up on what you missed.