News: DALLAS will deal with the death of Larry Hagman on the series – TCA 2013 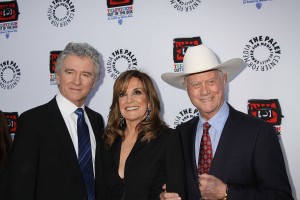 When Larry Hagman passed away last month during the middle of shooting Season 2 of DALLAS, “what would happen to J.R. Ewing” was the big question for fans of the series.

At today’s Winter 2013 TCA Cable Day, Michael Wright, President, Head of Programming for TNT, TBS and Turner Classic Movies revealed that J.R. too will pass on the second season of DALLAS.

“We are all very saddened by Larry’s passing,” says Wright. “I have appreciation for what that meant and to our business. The show is going to honor Larry’s passing and includes J.R.’s funeral and a storyline that follows which we believe would have made Larry very happy.”