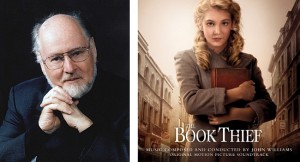 The kind of unabashedly thematic, and mostly melodic music that’s made John Williams into the most popular film composer of all time is often the sound of innocence itself, an unabated musical youthfulness that he’s also played to ironic effect when dealing with children confronting the unimaginable. Here it’s a genocide that’s heard, but rarely witnessed within a young German girl’s sheltered life during World War 2. Such is the devastating, gentle power that speaks volumes for THE BOOK THIEF‘s score as it encapsulates the innocence, first loves and ultimate shock of innocence lost, but not hopefulness itself in a incredibly moving score that will have listeners stealing handkerchiefs by the boxful. 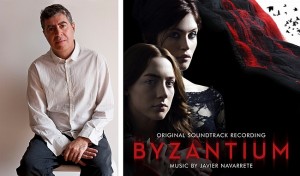 Having shown a haunting talent for hearing the bond between youth and the uncanny with PAN’S LABYRINTH and THE DEVIL’S BACKBONE, Javier Navarette achieves his most sublime supernatural score as he plays the now-ageless bond between mother and daughter vampire through two centuries, varying between a beautiful, Beethoven-based classical style to the religious chorus and gnarled electric guitar that contrast the struggle between taking victims peacefully and violently, with both blood sucking approaches, making for for a horror score of uncommon poetry and undead empathy. 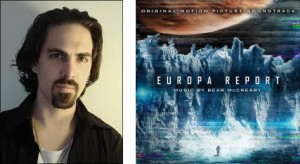 Bear McCreary takes a major step for mankind, not to mention his own big screen ambitions with this beautifully propagandistic score for an ill-fated space mission. But that in no way detracts from the honor and glory these corporate sponsors seek to score their increasingly dire found footage with. Evolving the swelling themes and Glass-ian rhythms that announced McCreary’s talent on TV’s BATTLESTAR GALACTICA revamp for this cinema verite sci-“fact” movie that’s more than the equal of GRAVITY, McCreary comes up with the year’s most knowingly gorgeous theme, then puts a relentless sonic pulse behind its lush variations that resound with the joy of first contact, as well as the human cost in bringing extra-terrestrial video to our planet.

It’s only fitting that Swedish composer Johan Soderqvist and Norwegian adventurer Thor Heyerdahl share the same Nordic blood, an ability to see a mythic, cosmic scope in setting out to prove the seafaring prowess of South Americans islanders, and music’s ability to convey one man’s dream of connecting with the spirit that’s driven humanity’s explorations forward from our race’s beginnings. The result is an uncommonly lyrical score of a seafaring team driven by something far greater than themselves, gliding on suspenseful, and transcendental melodies for conch horn, orchestra, piano and sublime instrumental exotica that, like this excellent movie’s space-eye shot, hears down on Heyerdahl’s incredible endeavor through the ears of a universal brotherhood of wanderlust.

You could say that Joseph Trapanese is the composing “side man” to far more renowned alt. superstars like Linkin Park’s Mike Shinoda on THE RAID and Daft Punk for TRON LEGACY, a score that was a major evolution in the alt. sci-fi sound of combining big beats and rock rhythms alongside the old-school orchestral guns. But now by getting a nice credit alongside M83’s Anthony Gonzalez for OBLIVION, Trapanese not only righteously advances his own musical identity, but makes another giant evolution in fusing future techno rhythm with a solid symphonic voice, creating an post-apocalyptic musical landscape where a sense of wonder and melancholy memory join with slam-bang percussion. But if there’s a highlight to OBLIVION‘s thematic voice, then it’s the breathless drone vs. Cruise chase, perhaps the most exciting cue in a movie this year as it takes action percussion to a whole new level of ever-ramping rhythmic adrenalin.

Rarely has a film composer been faced with a blank emotional slate like Cliff Martinez when given the sadistic waxwork of Nicolas Winding Refn’s unfortunate follow up to DRIVE. That Martinez was able to produce one of his most astonishing and melodically rich scores says much about the idea of composer-as-performance, who gives actual feeling to the hateful characters with a darkly stylistic score that varies from lush Herrmann-esque romance to fearsome dissonance, swelling symphonic penance and the glistening Cristal Baschet atmospheres that have become the composer’s trademark – all evoking true musical beauty from cinematic punishment. Far less a higher authority can easily give Martinez dispensation for his Oscar worthy acting here.

Alexandre Desplat is a composer who excels in female empowerment, be it the playful whimsy of JULIA AND JULIA or giving voice to the past tragedies that make COCO AVANT CHANEL, even more musically determined. PHILOMENA gives Desplat the chance to equally play humor and drama with a theme that’s brilliantly inspired by the merry go round that enchants its heroine to deceivingly sinful acts as an ill-informed youth. Desplat movingly captures PHILOMENA‘s bouncy, eccentric spirit, which is nonetheless chained by the dark Catholic fanaticism that has put a lifelong cloud over the lives of her and legions of desperate mothers and children ripped asunder from them. But then, what is life if not a carousel of the blissful and bad, two emotions that movingly drive PHILOMENA‘s road trip of self-discovery.

Mike Patton / THE PLACE BEYOND THE PINES soundtrack | ©2013 Milan Records

THE PLACE BEYOND THE PINES
(Mike Patton / Milan Records)

Faith No More’s Mike Patton proves himself to be equally audacious as a film composer as he is a rock star, creating a truly WTF score for this distinctly American epic that charts two generations of criminals and equally culpable lawmen. While jarring at first to hear this miasma of religious choruses, grunge chords and experimental string writing over PINES‘ rural landscape, Patton’s approach turns out to be completely inspired in conveying the sins of the fathers and the continued errors of their songs. His music conveys the penance they all desperately yearn for, an elegiac vibe caught between raw anger and beautiful somberness that’s is modernistic film scoring at its most daring, and provocative. 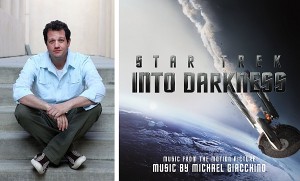 Michael Giacchino once again proves to be the perfect scoring captain for the iconic spaceship that boldly goes, especially with a powerfully symphonic score that is completely unabashed in its intention to be music. His second mission teams his first TREK score with a blazing new array of suspenseful themes that bring the Federation’s militarism to the fore, while also giving equal warmth and heroism to the bonds of friendship that have made Gene Roddenberry’s characters into pop legend, with even the nefarious Khan given a piano empathy that makes this seemingly evil superman all the more human. Giacchino’s DARKNESS is blockbuster scoring at its best, with music that’s as determinedly big as its effects set pieces, or as moving as the Enterprise crew’s unblinking willingness to sacrifice themselves for the needs of the many. 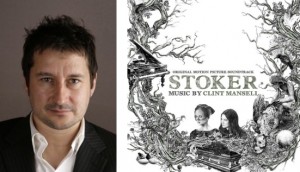 Clint Mansell is a composer who’s delighted in pushing women way over the verge of a nervous breakdown in scores like REQUIEM FOR A DREAM and BLACK SWAN. But STOKER just might be the most beautifully psychotic of the unhinged bunch, as Mansell’s talent for using undulating, ever-building rhythms plays the slow burn fatal attraction between an unhinged teen and her mother’s far more warped lover, their lust consummated by a truly striking piano duet. More than any other alt. composer, Mansell has found an unhinged symbiosis between the sublime beauty of Beethoven, the trance beat of Philip Glass and the gnarled guitar chords of death rock to create musical poetry from the slow walk to the cliff of madness.