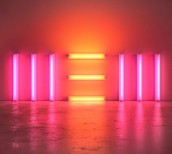 I have been a big fan of Paul McCartney’s since the early 1990s when he was still crafting fascinating pop albums and occasionally writing some of his best tunes since the Beatles with Declan MacManus (aka Elvis Costello).

Every new release since then, I’ve found ho-hum, but now, at age 71 McCartney has steamrolled back to the fore, first with fronting a mini-Nirvana reunion with the “Cut Me Some Slack” track from earlier this year and now with his latest full length album NEW.

This doesn’t sound like someone ready for the retirement home, this is an artist as sharp, catchy and talented as his younger self when he was part of the Fab Four.

There isn’t a terrible song in the 13-track disc, and features tunes that sound like they’ve been around forever. The title track “New” is a perfect case. It feels like a long lost Beatles song, but with a modern sheen to its production value.

Different styles permeate the album, but it connects as a whole. “Save Us” feels like McCartney is channeling a bit of Jeff Lynne’s production techniques while “Early Days” is a fantastic acoustic ballad.

“They can’t take it from me/if they tried/I lived through those early days,” says McCartney during the opening lines of the song. It comes from an artist looking back at where he started and where he is now and it’s probably one of the most poignant songs he’s written in years.

There’s no experimentation on the album too. “Appreciate” is a sonically refreshing track as well as “Looking at Her” which sounds like he’s trying to bring a little Nine Inch Nails into his production techniques, emphasis, on the words “a little”, because most of the song follows a familiar pop structure.

The album also closes with the haunting piano ballad “Scared,” another strong, plaintive moment on the disc.

It’s the meat and potatoes rockers though that makes the album so good. NEW may not mean more than this is a new album from McCartney, but when the art of expert songwriting is slowly becoming a lost craft, it’s amazing that 71 year old veteran like McCartney and 66 year old David Bowie (with THE NEXT DAY) were capable of putting out the year’s most enjoyable new albums – sounding both refreshed and familiar at the same time. There is nothing old about the way they sound, which is why both have endured for so long and which makes their “new” often times better than anything else new out there.