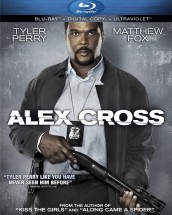 ALEX CROSS Highlights this week in Blu-ray and DVD Releases 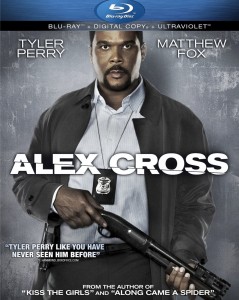 ALEX CROSS – Tyler Perry – action hero. While you try and digest that think if you will this is the same dude famous for dressing up in women’s clothing and creating a host of sitcoms that have been fairly successful. Whoever decided to cast Perry in the role of Alex Cross based on the series of books from James Patterson might need to have their resume ready because it was a really bad move. It is a shame too because ALEX CROSS is actually not a bad movie. There are lots of moments that are bad ass and brutal – mostly coming from Cross’ nemesis in the film played by Matthew Fox (who is actually really good in the role). It is also not a good thing when you are cheering for the bad guy (Fox) rather than the good guy that had his family ripped apart by a psychopath. It doesn’t help that Perry is following in the footsteps of Morgan Freeman as playing Cross – not a task easily done especially when considering Cross is supposedly a genius.

Like I said, the movie itself isn’t bad it is just the acting of Perry and the whole believability factor involved here. He just doesn’t come off as a hero type. Luckily, Fox does save the film and the brutality that’s involved help out in the overall enjoyment factor. 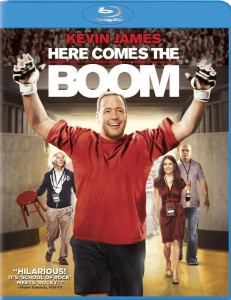 HERE COMES THE BOOM – Despite the over-the-top promotion for this film that showed a bumbling goof trying to compete in mixed martial arts (MMA), HERE COMES THE BOOM is actually a pretty funny and pretty uplifting story about a dude with a dull like that seeks to help others by doing something that he was good at when he was a kid – wrestling. While the plotline is quite formulaic in terms of how it is presented – he fails, gives up, learns the true meaning of his purpose and succeeds – some of the comedy is pretty good and the message is clear enough to give those watching that warm feeling. Salma Hayek is also in it so that’s always a good thing and Kevin James is serviceable as the music teacher seeking to save the music program at a local high school so it may be worth checking out if you have nothing else to watch on a Friday night. 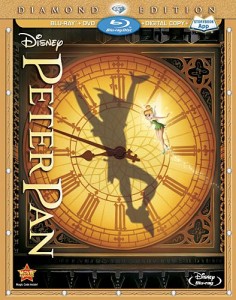 PETER PAN: DIAMOND EDITION – It seems every other week Disney is rolling out another gem from its archives and putting it into a high definition format that makes a classic, aged film look simply fantastic. This is the debut of PETER PAN on Blu-ray and it really looks amazing – maybe the best it has ever looked. The Diamond Edition contains not only the original film now captured on Blu-ray but the DVD version as well and digital copy so you can take it anywhere you need to. Plus, Disney added never-before deleted scenes and deleted songs and a host of other things that make this edition really worthwhile especially for those now adults that have seen the film so many times. Looking forward to what Disney puts out next as they continue to deliver really awesome Blu-ray conversions to classics each month. 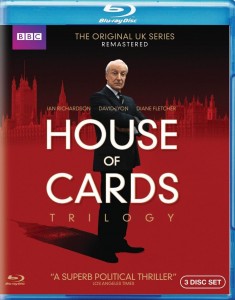 HOUSE OF CARDS TRILOGY – Just in time for the Netflix version of the series of the same name, the original U.K. BBC adaptation of Michael Dobb’s novels is offered up for the first time on Blu-ray and remastered for release onto DVD. HOUSE OF CARDS is all about greed and ambition all centered around Francis Urquhart (played by Ian Richardson) and his rise through ranks of the conservative government in England. Of course, he does this through blackmail, backroom deals and sheer balls (or guts if you will). The three part extended television episodes shows the rise of power of Urquhart (“House of Cards”), his face-off against a newly crowned king and their political struggles (“To Play the King”), and his fight to stay in power against a younger generation of political powerhouses (“The Final Cut”). If you are down for some heavy political drama, this has it in spades and it is all well acted, well produced and just damn good TV. Some of the extras include an audio commentary with Richardson, a tour of Parliament and an interview with writer Andrew Davis.