Home » Wondercon News: The scoop on THE AMAZING SPIDER-MAN 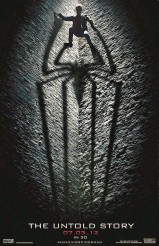 Wondercon News: The scoop on THE AMAZING SPIDER-MAN

While speaking to the press shortly before THE AMAZING SPIDER-MAN panel at Wondercon 2012, director Marc Webb spoke about how different the new Spider-Man saga will be from the Sam Raimi trilogy that came before it.

“There are elements of Spider-Man that’s universal,” says Webb. “He shoots his web and soars through the sky. He’s also a little guy who beats up guys bigger than him. I think for me, there were a few things in the SPIDER-MAN comics that were really interesting like the story of Peter’s parents and where he came from. I thought it was really interesting to explore the emotional consequence. I like that this Peter has a chip on his shoulder. He has a surly attitude, a punk rock humor and a trickster quality that comes from somebody who is a little distrustful of the world at times. And of course there’s the Gwen Stacy saga with the Lizard.”

There is also the element of telling the story in a different way, “so audiences can experience it form the ground up.”

“In the beginning of the movie, there is the story of his parents being pulled from him and what that sense of abandonment feels like,” says Webb. “We’re creating a different universe, different rules, different tone and different villains, but we’re careful to honor the iconography of Spider-Man.”