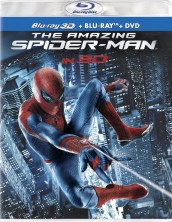 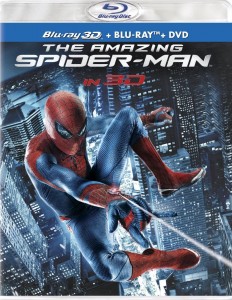 THE AMAZING SPIDER-MAN – It’s odd that a franchise that just ended a short five years ago gets a reboot but considering how the third SPIDER-MAN film under the helm of Sam Raimi was without doubt the worst in the series, maybe it was needed. THE AMAZING SPIDER-MAN is once again the origin of the web-slinger but this time a bit more in-line with what the original comic book had in mind – Gwen Stacy (Emma Stone) is the love interest of Peter Parker (Andrew Garfield) and Spidey shoots webs with a homemade shooter rather than coming automatically equipped. Beyond that we get more of the same, Uncle Ben dying, Peter having to find his way and being either a menace to some or a hero to others. The one difference is in the bad guy this time being the Lizard (Rhys Ifans) that as is usual the circumstance aims to make something better but ends up turning himself into a monster.

Given all the flak the film took by fans and by even the studio that produced it (at one point publically stating it didn’t like the plot), it is a pretty good starting point for a new franchise and now that the origin is out of the way, a second film would be welcome given the establishment of the character and all the potential bad guys out there (not a hint of a Green Goblin anywhere). I recommend getting the four-disc combo pack that includes not only the regular Blu-ray but also includes a digital copy and the 3-D Blu-ray version so when you decide to upgrade to 3-D you will already have it. It also has a regular DVD so you can watch it on your computer or in a car. 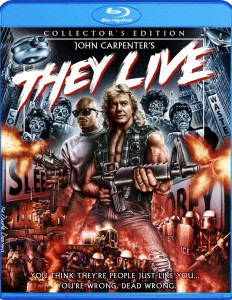 THEY LIVE – “I’ve come here to kick ass and chew bubblegum. And I’m all out of bubblegum.” The classic John Carpenter alien invasion flick makes its Blu-ray debut remastered using the latest technologies and the latest release from Scream Factory (the horror infused label from Shout! Factory). The story centers on a loner that wanders into a city looking for work and shacks up with a slew of society outcasts that have been on the end of society’s shoe all their lives – either through poverty or otherwise. He begins to unravel a conspiracy among the group that something is controlling everything through some elaborate satellite network concealing their identities. The only way to see what is really happening is through a special pair of sunglasses that reveal not only our consumer spending ways but the alien creatures that are living among us. THEY LIVE is one of the best pulp science fiction films from the 80s with Roddy Rowdy Piper as the lead and some great moments including the most needless fistfight in the history of film and now it is in awesome high definition. 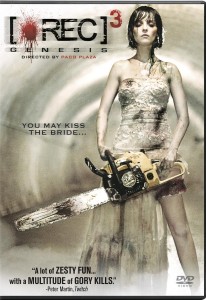 [REC]3: GENESIS – The virus that consumed an apartment complex and more continues to impact unknowing foreigners in the third movie from this franchise. Heralded as one of the pioneers to the “found footage” movies the initial movies were shot in the first person view with shaky cameras and action impacting the person filming. The third movie takes a half and half approach with the initial action most on handhelds and the last half from the director’s point-of-view. While there is a lot going on in this film, much of it we don’t see, instead we are left to the imagination what is happening and instead focus on the survivors and their plight. Specifically, [REC] 3 focuses on a married couple (who happen to be at their reception) and after the initial outbreak finding each other once again and going through all sorts of hell along the way. One of the more controversial aspects to the third chapter is the introduction that the virus is biblical in some sort of way, that demons are occupying people, rather than just a virus. It is goofy and pointless but still a pretty good watch specifically for Spanish hottie Leticia Dolera. 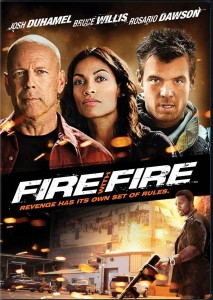 FIRE WITH FIRE – A pretty good action flick about a dude (Josh Duhamel) that gets caught up in a fight between a street gang and white brotherhood clan and must fight his way to save the ones he loves and himself. Duhamel witnesses the assassination of a local businessman and his son and is set to testify against the white supremacist that did it until he blows his witness protection and they come for him. This made for video title also has Bruce Willis and Rosario Dawson in minor roles as the main action centers on Duhamel fighting against a pretty scary Vincent D’Onofrio. Worth watching on Netflix. 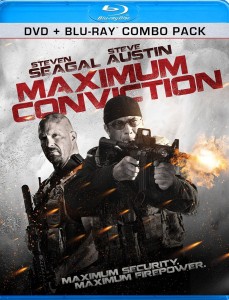 MAXIMUM CONVICTION – What some would call the dream pairing of Stone Cold Steve Austin (from WWE) and action star Steven Seagal in an action flick where both are tasked with controlling a maximum security prison that gets raided by rogue CIA operatives in order to make a big money scheme. Seagal looks about as haggard as can be while Austin still is in pretty good shape. While it certainly won’t win any awards for anything, it is a half decent action flick and Austin continues to shine in these made-for-video releases. 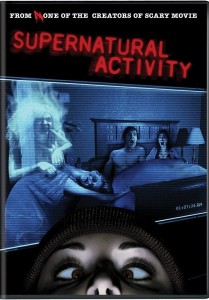 SUPERNATURAL ACTIVITY – Not your ordinary spoof. Instead of focusing on multiple parodies and having it be a clusterf*** of nonsense, this is an original story that spoofs PARANORMAL ACTIVITY with a fake reality show that stumbles into a cult worshipping reality with puns and gags all along the way. This is the way that more spoofs should be. Focus on one individual story rather than cram as many possible horror or comedic elements into one film. It is more of an overall story rather than a spoof which is needed in this watered down genre. 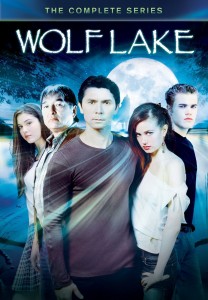 WOLF LAKE: THE COMPLETE SERIES – It has been 11 years since WOLF LAKE has been on the air and this is finally the release on DVD that fans have been crying about for these long years. The series followed a police detective whose wife goes missing on night and he goes off in search of her ending in her hometown of Wolf Lake where nothing is really as it seems. We soon learn that some of the inhabitants of the town are in fact werewolves and his wife is somehow involved in those that survive outside of the normal humans. Lasting only nine episodes, the series never really took off but earned enough of a fan base that people are still very please that it is finally getting its due on DVD.