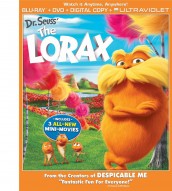 Also worth checking out: GRIMM: SEASON ONE, JESSE STONE: BENEFIT OF THE DOUBT and more 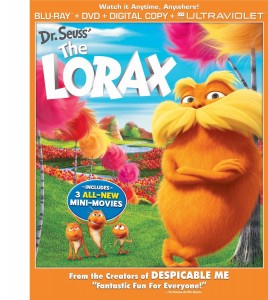 DR. SEUSS’ THE LORAX – Some of the adaptations of the DR. SEUSS children’s books have been pretty good (THE GRINCH) and pretty bad (THE CAT IN THE HAT), luckily THE LORAX is actually animated, which seems to always make things better. Here the basic plot elements of the classic book are there but with a lot of artistic license. Ted (voiced by Zac Efron) wants to impress his crush (played by Taylor Swift) by finding a tree in the desolate town of Thneedville where everything is plastic and air comes bottled in a can. He learns about a mysterious creature known as the Lorax that speaks to trees and he sets off to find him in order to impress his crush. With the voices of Ed Helms, Danny DeVito, Jenny Slate and Betty White it is a well-done animated joint that will be enjoyed by all ages. On Blu-ray, there are three new mini-movies included featuring Two Bar-ba-loots and The Once-ler. Great stuff and you also get a digital copy which is always a bonus. 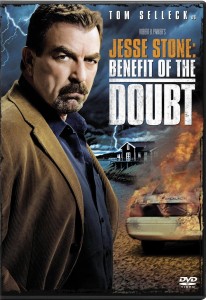 JESSE STONE: BENEFIT OF THE DOUBT – Talk about reviving your career into a solid franchise that is super popular with a number of TV and video viewers. This is Tom Selleck’s eighth movie starring as Jesse Stone, the police chief of a small town called Paradise, that is constantly thrust into solving unusual and deadly crime in countryside New England. What is it about New England that brings out the fictional murders? Wasn’t MURDER SHE WROTE always in that area? Seems like someone believe murders happen a lot and in small towns. I guess it makes for good drama as this one was well received yet again when it aired on CBS and will probably do very well on DVD as those who enjoy the franchise continue to invest in it. That means expect Selleck to reprise the role in the future (even if they keep retiring him in the series). 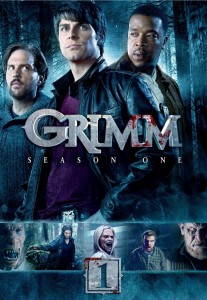 GRIMM: SEASON ONE – Honestly, I didn’t think that this show with ties to the classic fairytales of the Brothers Grimm would last more than a few episodes given it aired in a crappy time slot and, well, it is on NBC. However, it sustained a pretty good audience and is coming back for more with a second season in about a week. Obviously, as a summer show that’s never a good sign that the network has that much faith in it, yet, still it got two seasons which is more than most. Here’s your chance to catch up on what you missed about a police officer that gets thrust into a world where creatures are real and he’s the one responsible for taking them out.