Going from the English band Tindersticks to entering RAMPART's precinct 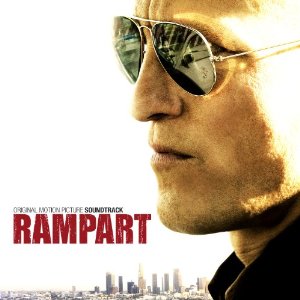 Where once it was unthinkable for film music to be anything but symphonic, the last few decades have seen a surrealistic explosion of composers hailing from the rock-pop world, many of who have taken their roots way beyond a simple drum roll, or strum of an electric guitar to picture. Among an alt. score tribe whose sounds have ranged from hallucinatory washes of electronics to minimalistic percussion and uses of humans on instruments undreamed of, one rising avant garde-ist with an especially unique voice is Englishman Dickon Hinchliffe. Founding, and fronting the group Tindersticks, Hinchliffe’s often seedy, beautifully surrealistic sound had an undeniable Velvet Underground-esque vibe that caught the ear of French director Claire Denis. Introducing Hinchliffe and his band to scoring with such films as NENETTE ET BONI, WHITE MATERIAL and TROUBLE EVERY DAY, the auteur’s already-unusual films brought out equally eccentric scores of child-like bells, strange ethnic percussion and jazz of the vampire damned- all of which still demonstrated the once-vaunted Hollywood stalwarts of melody and theme.

First striking out on his own in the new millennium with FRIDAY NIGHT and FORTY SHADES OF BLUE, Hinchliffe has continued to be an ungraspable musical presence, capable of eerie film noir scores in MARRIED LIFE and the 1980-set RED RIDING. He’s quirkily played the Russian-bound existentialism of Paul Giamatti in COLD SOULS, as well as taking on more of a mainstream rom-com sound for LAST CHANCE HARVEY. And where FORTY SHADES OF BLUE had found Hinchliffe hauntingly lost in Memphis, the composer’s acoustic venture to darkest Appalachia in WINTER’S BONE has brought him new American attention, especially when it comes to his stylized way of playing shady characters- from PASSION PLAY’s ethereal angel-in-danger to the bodies that fill the TEXAS KILLING FIELDS, as well as hearing a dark guitar for RAMPART’s twisted cop. Even when tenderly playing the chimp-done-wrong of PROJECT NIM, Hinchliffe’s approach is as poetic as it is often bizarre. But then, it can be as surprisingly lush as the orchestral scoring of old. For in a soundtrack world that often banks on the obvious musical choice, Dickon Hinchliffe remains a mesmerizing wild card. 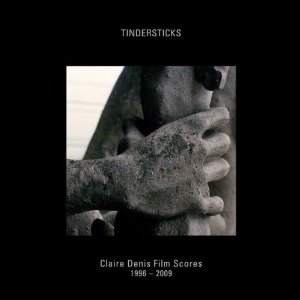 ASSIGNMENT X: Could you talk about your musical background, and how it led you to form Tindersticks? What were the band’s influences?

DICKON HINCHLIFFE: My first instrument was the violin, which I learned when I was very young.  I learned through the Suzuki method that encouraged me to play by ear. So from early on, my playing wasn’t limited to written/notated music and I’d often improvise and write my own music.  When I was a teenager I started to play guitar and piano in bands, as I wanted to be free from the constraints of orchestras in which you were handed a part to play and that was it.  The first film scores that had an impact on me as a child were Elmer Bernstein’s score to TO KILL A MOCKINGBIRD, and as a teenager, Bernard Herrmann’s TAXI DRIVER.

Tindersticks was influenced by a huge range of music, from punk to soul.  Film soundtracks were always a big part of what we listened to. The main thing was the attitude of music rather than the genre or style.

AX: What do you think it was about Tindersticks that drew Claire Dennis to you as film composers?

HINCHLIFFE: Claire wrote the script to NENETTE ET BONI while listening to our second album, and then came to a concert and asked if we’d be interested in writing a score to her film.  I think she wanted to work with musicians rather than more conventional, established film composers.  We had few preconceptions about how to write a score, other than the influence of scores we loved and had grown up with. So we had to invent a way of working in the beginning that involved a lot of improvisation and trial and error.  I’m glad I learned that way rather than through a more structured and systematic approach as it allows for more spontaneity and creative freedom.  I still try to write film music from that standpoint.

AX: Since Claire’s films were French, let alone far off the mainstream cinematic storytelling, did that make it easier for you as a budding film composer?

HINCHLIFFE: In some ways, it was easier, as she just encouraged me to write with great freedom – to be expressive – rather than getting hung up on the more technical side of film composition. She wanted the music to have its own voice within her films and not just to be a slave to the images. 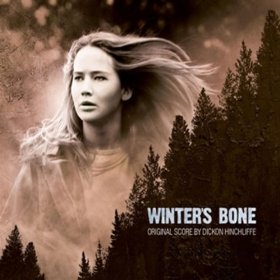 AX: What were the challenges of you venturing off on your own as a composer, and doing more “mainstream” scores like LAST CHANCE HARVEY?

HINCHLIFFE: The main challenge for me was to keep a balance between being expressive and true to my own musical sensibilities, and also satisfying the demands of the film in terms of story telling, drama and emotion.  Also, I was suddenly writing on my own and was having to take on board lots of peoples opinions which was somewhat daunting after being in a fiercely independent band.

AX: You scored the second of the RED RIDING films with IN THE YEAR OF OUR LORD 1980. What was it like being “between” two other composers in a continuing, and often-confounding mystery? And do you think the film noir quality of your Tindersticks work made you a natural for such a unique assignment?

HINCHLIFFE: The three films were made very independently of each other in terms of how the different directors approached them. So there was no overall “brief” for the composers to have some kind of continuity in terms of style or instrumentation. That made 1980 no different than other films I’ve worked on in that respect.  James Marsh, who directed 1980, knew the band from our very first album, and also from my work with Claire Denis. I think Tindersticks’ sound did appeal to him in terms of that particular film. But at the same time I think he was interested in working with someone who had been a recording artist outside the film industry.  There can be a tendency for film composers to have an “industry standard” approach to composition, and I don’t think that is what he was looking for. 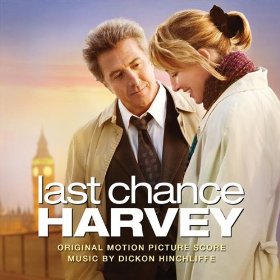 AX: Your true breakout score in America was WINTER’S BONE. What was it like approaching a dark, rural drama like this, and how did it draw on your acoustical sensibilities? As an Englishman, what was it like to get a glimpse of an insular, Appalachian world like this?

HINCHLIFFE: From the beginning, I knew that Debra Granik wanted a raw and stark score.  I think her initial feeling was to have no score at all. which I respected as I knew she wasn’t trying to hide anything with music or get music to function as an artifice.  My first reaction was to use instruments common to the Ozarks – fiddle, banjo, guitar – but to play them in a different way.  So the fiddle is sometimes electric violin and I play it using a lot of harmonics and dissonant tones or distorting the amplifier.  The guitars sounds are often distorted ebows and feedback.  We talked a lot about banjo.  I was resistant at first, as I thought the very sound of the instrument would give the film an instant link to DELIVERANCE that wouldn’t have been beneficial.  But in the end it became an important instrument. And in the context of the other more distorted sounds in the score, I think they became something quite different.

AX: You composed a beautiful, ethereal score for PASSION PLAY that brought out a new orchestral side of your music. What was that symphonic challenge like?

HINCHLIFFE: I’ve written orchestral scores before with LAST CHANCE HARVEY, FRIDAY NIGHT, KEEPING MUM and MARRIED LIFE, so that wasn’t new in itself, but I did enjoy writing music to what I saw as a doomed romance between the main characters – it felt very natural to me.  I also really enjoyed writing emotional, melodic pieces that feel like instrumental songs to me. 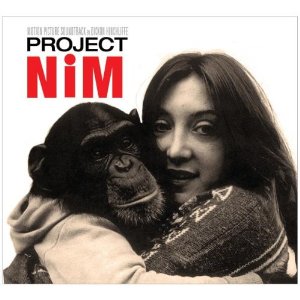 AX: PROJECT NIM is your first major documentary score, let alone a moral fable about trying to turn an animal into a man. How do you want to embody the spirit of a chimp going through that kind of well-meaning scientific corruption, as well as its loss of innocence?

HINCHLIFFE: My concern with NIM was that I didn’t want to try and overly “humanize” him with music in the way some nature documentaries seem to.  But I realized this was impossible to an extent, because as soon as music is put to images of an animal, the composer or filmmaker is in danger of projecting human emotion upon it.  In many ways PROJECT NIM is more about what Nim reveals about the people around him and this is where I realized that the music really needed to engage.

AX: RAMPART takes an unusual, inner approach to what could have been a typical “dirty cop” drama. How did you view Woody Harrelson’s character, and how did you want to use a spare approach to reflect how his cocky, in-control world spirals out of it? There almost seems to be a western-style “lone sheriff” sound to your approach.

HINCHLIFFE: Harrelson’s character of Dave Brown is an increasingly isolated figure that is rejected by both his family and friends.  The starkness of the music is in some ways an engagement with this isolation.  It is based around electric guitars that are at times melodic, but constantly on the verge of distortion and feedback. I wanted the music to feel like it could go out of control at any moment, just like Dave. The director Oren Moverman spoke to me about the conflict between Dave’s simmering rage and the tenderness he feels towards his family. I tried to get involved in that conflict with the feeling of the music I wrote.

AX: What kind of director, and project, do you look for?

HINCHLIFFE: I enjoy working with directors that are interested in music in its own right and don’t just look for its functionality in their films. I’ve found that this means that they are genuinely excited by the possibilities of music in terms of emotional intensity, rather than it being a more passive element of the filmmaking process. 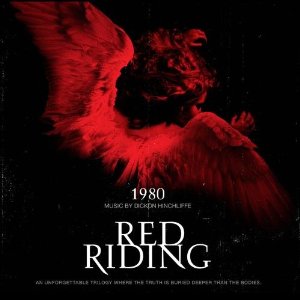 AX: Do you think you will always have an innately eccentric sound that sets you apart, even from other composers known for their avant-garde approaches? And would you ever want to do a completely mainstream, blockbuster Hollywood scores in the process?

HINCHLIFFE: To me, it is important for a composer, like any artist, to have their own voice.  Fortunately, there is an increasing awareness in mainstream film that an interesting score with a unique sound can enhance a movie, and that you don’t always need to rely on more conventional and standard approaches. I would be very happy to be part of that movement.