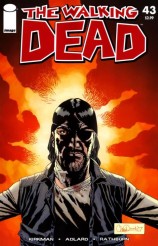 From katanas to eye patches, we look at what might make the leap from page to screen

While Sophia (Madison Lintz) still happily – well maybe not happily, but she’s breathing – lives on in the pages of Robert Kirkman’s THE WALKING DEAD comic book series, she rather tragically succumbed to the bite of a zombie and the bullet of Rick Grimes (Andrew Lincoln) in the shocking mid-Season Two finale a couple months back on the hit AMC series.

Now, as we prepare to watch the rest of Season 2 – and please, please, get these people off that damn farm already – we’ve been thinking about the award-winning comic book where it all began and contemplating what characters and elements from that series still need to turn up on our television screens.

There are so many great possibilities; here are five things we’d love to see on the small screen…and WARNING! There are huge SPOILERS here for the comic book: 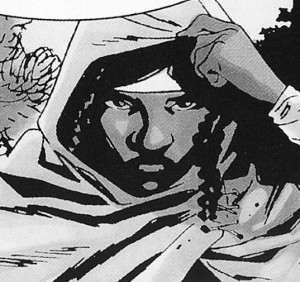 She can kick ass with a katana and she has a strength of spirit that sees her through one of the most horrific experiences ever depicted in a mainstream comic book. Michonne is a heroic icon – perhaps even more compelling than Rick himself – and she would electrify the television adaptation beyond our ability to estimate it. We’d be surprised if they aren’t already planning her arrival. 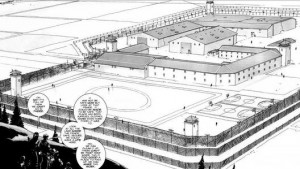 The prison in THE WALKING DEAD | ©2011 Image Comics

In the comic book, the survivors leave Hershel’s farm – much faster than in the show – and wind up at an abandoned prison that serves as their home for quite a while. A few big character beats take place there, and it culminates in all-out war with another community of survivors. There’s a good chance the second half of this season is taking us there. 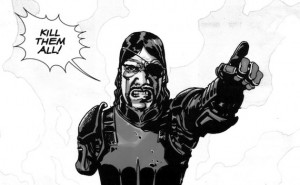 The Governor in THE WALKING DEAD | ©2011 Image Comics

That other community of survivors is led by one of the most loathsome villains in any medium, the Governor. Topping “Bad Guy” lists ahead of folks like Darth Vader himself, this depraved psychopath is capable of evil so repulsive we can’t talk about it here. There would be no better way to illustrate the zombie genre’s biggest message – we are often our own worst enemies – than to let the Governor loose on the TV show. 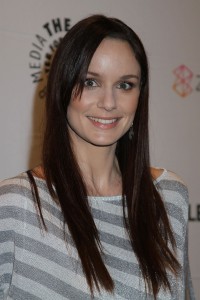 4. The Death of Lori

It’s not that Sarah Wayne Callies hasn’t done a fine job as Lori – although a combination of her performance and the scripting has turned the character into a rather less likable incarnation than her comic book counterpart. However, in the final showdown with the Governor in the comics, Rick and Carl lose not only Lori but her unborn baby. It’s a grotesque event that lingers in the mind long after reading it, and it would open a door to incredible acting opportunities for Lincoln as Rick and Chandler Riggs as Carl. 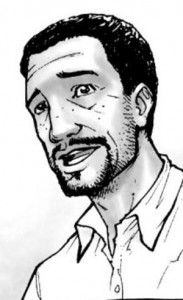 5. The Return of Morgan Jones

Morgan (Lennie James) was Rick’s first living human contact when he awakened, and we’ve seen Rick continue to try to reach Morgan on his walkie-talkie. In the TV show he only appeared in the very first episode alongside son Duane (Adrian Kali Turner), but the comics gave Morgan a long and ultimately tragic storyline. Is there any other kind in THE WALKING DEAD? It would be nice to see Morgan return, possibly to interact with Michonne as he did in the comic.

The second half of Season 2 of THE WALKING DEAD airs Sunday night on AMC.

Article Source: Assignment X
Article: Five Things From THE WALKING DEAD comic We Want To See On the TV Show