Home » CHIMPANZEE Highlights this week in Blu-ray and DVD Releases 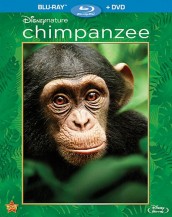 CHIMPANZEE Highlights this week in Blu-ray and DVD Releases

Also worth checking out: THE TIGGER MOVIE, THE RESCUERS, LADY AND THE TRAMP II, POCAHONTAS, THE ARISTOCATS, HOUSE: SEASON EIGHT, REVENGE: THE COMPLETE FIRST SEASON and more 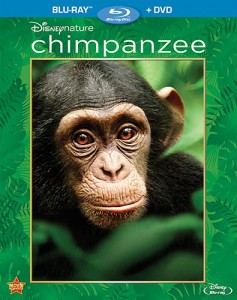 Disneynature: CHIMPANZEE – If you have seen some of the other Disneynature films (OCEANS, EARTH, CRIMSON WINGS, AFRICAN CATS), you can pretty much guess what you are in for with CHIMPANZEE. The film follows a playful and curious chimp known as Oscar as he ventures toward adulthood with a mother that loves him and a very protective and solid group of chimps that surround him. While at the heart of the film is this family bond and the growing of a young chimp and his journeys. It ain’t all pretty. When the food situation for the chimps becomes an issue, the group turns to other monkeys for protein. While nothing is really shown in terms of the killing, there is enough here to scare any young kid (so beware going into it). There is also an all-out war against a rival clan of chimps that is also uneasy on the eyes. Still, it provides some great scenes in terms of the landscape where it is filmed and a look into a world not many of us have ever had the privilege of actually seeing. 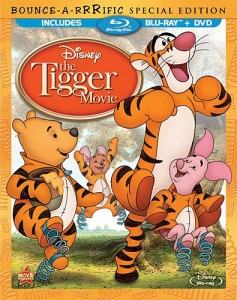 THE TIGGER MOVIE: BOUNCE-A-RRRIFIC SPECIAL EDITION – The first time the family film has ever been released on Blu-ray. But don’t worry, if you want to purchase it and you don’t have a high-def player it is offered in combo pack including the DVD version as well. Not satisfied with believing he is the only Tigger around, the lovable stuffed animal sets off to find his family, a family of Tiggers that he believes exists outside of 7-Acre Wood. The blu-ray combo pack includes a ton of cool extras including featurettes on Tiggers, 10 mini movies of the other Winnie the Pooh characters, sing-a-long songs and much more. 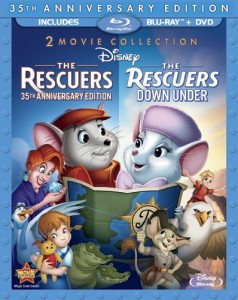 THE RESCUERS: 35TH ANNIVERSARY EDITION – This two-movie set includes both THE RESCUERS and THE RESCUERS DOWN UNDER available for the first time on Blu-ray. Again, it is a combo pack so if you want to buy it and don’t have high def it is also on DVD. The story centers on two brave mice – Bernard and Bianca – that go on high adventure in the Bayou and later in the Australian outback. If you loved having THE LION KING on Blu-ray and the great visuals that brought that classic Disney treat to a whole new level, you gotta get this as it will be a great offering for your kids. 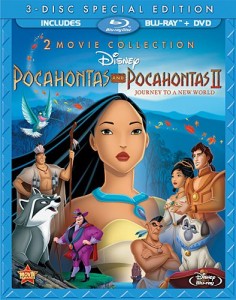 POCAHONTAS TWO-MOVIE SPECIAL EDITION – This includes both the original POCAHONTAS Disney version as well as POCAHONTAS II: JOURNEY TO A NEW WORLD. Also in a combo pack where you get the Blu-ray version (for the first time) as well as the DVD. While these are also great for children, there are some rougher elements to these films with many deaths and some violence that may not be suitable for everyone. However, as in Disney tradition, the film includes lots of loveable animals running about and plenty of good songs that will keep everyone happy. Once again, Disney has taken the high def transition by the throat and squeezed with both hands making some really classic films that much more fresh. If you don’t have Blu-ray you are missing out because these movies look that much better with it. 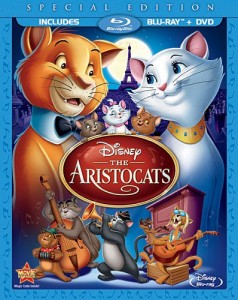 THE ARISTOCATS: TWO-DISC SPECIAL EDITION – More Disney goodness. Lots of great Disney titles this week including THE ARISTOCATS, the 1970 release about a high brow cat and her three kittens meeting up with a rough alley cat in order to stop a crime from happening in the high society cat’s apartment. It has cats, it has crime fighting, it has a love story and it is hand drawn – perfect for children of all ages. In the age of CGI animated movies (which look great, nothing against them), it is still nice to see the older films that are hand drawn come back to life in stunning high definition. Yes, yes, this also comes in DVD. 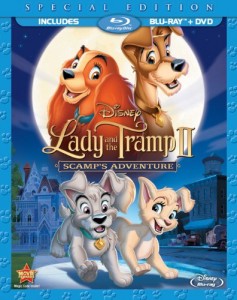 THE LADY AND TRAMP II: SCAMP’S ADVENTURE – Finally in our massive Disney week comes to an end with THE LADY AND TRAMP II: SCAMP’S ADVENTURE. Normally, Disney sequels are pretty lame – see MULAN 2, THE LITTLE MERMAID 2, BEAUTY AND THE BEAST sequels etc. However, this may be one of the few exceptions. While unoriginal in terms of plot, the fact that Scamp is the main character is something that I think a lot of the fans were happy to see given he was easily one of the best things from the original. Plus, the songs in this sequel are equal to what was first given to us in the first film which is saying a lot considering some of the other sequels always fall flat in that department. 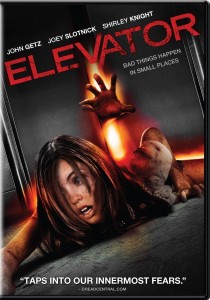 ELEVATOR – If you have seen DEVIL, you probably already have at least a semblance of fear when stepping into an elevator. Well, if you don’t, you may want to re-think that after seeing ELEVATOR once another batch of peeps get stuck and some really bad sh** begins to happen. When the elevator stops, the people inside begin to realize that one of them has a bomb strapped to their body. But who is it and why? The tension and paranoia run deep as they begin to uncover the clues that will either seal their fate or save them. 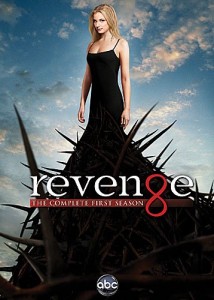 REVENGE: THE COMPLETE FIRST SEASON – Nearly 20 years ago, the elite of the Hamptons destroyed a young girl’s life. Now, Emily (Emily Van Camp) has returned but with dire intentions – for revenge and to uncover all the dirty, nasty little secrets that the same families have been hiding all these years. Replacing some of the late night soaps that have come and gone from ABC, REVENGE is a fun show that gets knee deep in the over-the-top mystery elements but provides enough drama so that those liking the DALLAS or DYNASTY fare still have a good time. Plus, the cast is simply awesome with great locations and nice costumes. The first season is a complicated plot of detailing what went down in the past and the motivations of Emily in terms of getting her revenge. Of course, once she is there it isn’t as black and white as it might appear. The DVD set includes three featurettes, a nice set of deleted scenes and bloopers. Good time to catch up on the show before Season 2 comes about. 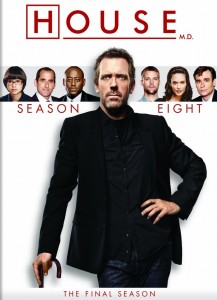 HOUSE M.D.: SEASON EIGHT – The eighth and final season of HOUSE comes to DVD earlier than the fall season but why not, there is not going to be a ninth season. The final season continues House’s cranky brand of medicine all the while on the inside the good doctor is just searching for love. He tried over the course the series’ franchise a number of times but came up short. After House drove his car through the living room of one of the people he thought he loved, the consequences of his actions come to haunt him in the beginning of the season. But the eighth season is more about the redemption of House and new beginning as it is about what he did in the past and we get a good bit of that throughout the course of the season. So if you have already purchased the other seasons, this is obviously a must-buy. But if you have held off, wait for the complete series to roll out probably sometime next year if not sooner.