Home » Breaking News: Fox says THE FOLLOWING is the next 24 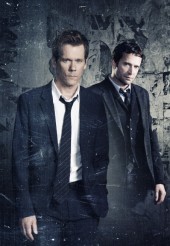 While speaking to the press this morning before Fox’s Upfront presentation in New York, Kevin Reilly, Fox’s Entertainment President Kevin Reilly teased that the 15-episode mid-seasons series THE FOLLOWING starring Kevin Bacon as an ex-FBI agent who is brought back in to track down an elusive serial killer (James Purefoy) could be a successor to their former Kiefer Sutherland hit 24.

“I think we found it,” says Reilly. “Kevin Williamson, who created DAWSON’S CREEK and the SCREAM franchise — he’s the real deal. He pitched us a highly serialized show tracking down a serial killer. The pilot ended up being incredible. It’s going to play for 15 weeks straight and we’re going to promote it out of the post-season baseball and drive it through the spring. We think it’s going to be the next 24.”

Nabbing Bacon for Reilly was the casting coup of the year, he reveals.

“There are more and more big stars who are intrigued by doing TV,” says Reilly. “For us, it worked. His needs fit out needs.”

This included a shorter 15 episode order, per Bacon’s request, versus the standard 22.

“We wanted to start experimenting with shorter orders,” says Reilly. We can plug 15 in a row and he was willing to do 15. We give credit to Warner Bros. for making that deal. he loved the script and signed on. He is one of the great actors of our time and we’re very happy to have him.”