Los Angeles is well known for a being a city of clashing cultures and this years LA Film Festival found its opening night film competing with the aftermath of the LA King hockey championship celebration. It all happened around the LA Live center that includes the mammoth Staples Center, Club Noikia and the LA Live Regal Cinemas.

So if you’d come down on Thursday, June 14th you could have watched the Stanley Cup winning Kings parade down Figueroa St and then assemble in the Staples Center for a ticket only rally. If you like your entertainment a bit more cinematic and low key you could have just waited until Thursday evening for the US premier of Woody Allen’s latest comedy/romance/Euro travel film, TO ROME, WITH LOVE.

As in the last few years the LA Film Festival opens and closes with big, accessible Hollywood films and features a number of indie finds and foreign imports in-between. With former Newsweek film critic David Ansen back as Artistic Director for the third year and festival director Stephanie Allain on board for her first, the festival went off nearly without a hitch (more on the hitch at the bottom of the page).

The Big Feature: BEASTS OF THE SOUTHERN WILD
It was a hit at Sundance and a prize winner at Cannes. This domestic drama set in Louisiana’s Cajun country is the searing debut of 29-year-old director Benh Zeitlin and its two leads Quvenzhané Wallis and Dwight Henry, first timers both, are a revaluation. A gritty, father and daughter survival drama, it takes place post Hurricane Katrina. BEASTS is alternately harrowing, heartfelt, gritty, realistic and fantastical or what the director called “magic realism.”

At the after premiere Q&A, Henry, a former baker, looked uncomfortable, while Wallis elevated precious to a new level as she played the audience like a seasoned pro. The crowd hung on her every pregnant pause and cute answer, the only hiccup came when Q&A moderator writer/director John Singleton stopped in mid question to pull out his ringing phone to check who was calling.

NOTE: Usually after you read about the next big indie film you have to wait upwards to a year for it to hit a theater near you. BEASTS OF THE SOUTHERN WILD opens around the country on June 27th. Check it out. 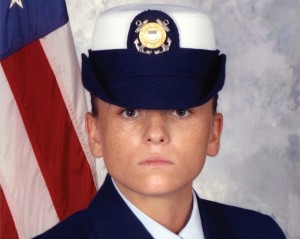 The Big Documentary: THE INVISIBLE WAR
Veteran documentarian Kirby Dick isn’t afraid of tackling big, seemingly insurmountable subjects, he even took on the MPAA ratings board with his tongue-in-cheek 2006 expose, THIS FILM IS NOT YET RATED. In THE INVISIBLE WAR he not only exposes the epidemic of sexual assault in the US military, he’s managed to force immediate change. Because after the film gained momentum playing at festivals and in over 100 private screening around the country the Department of Defense has already proposed creating special victims units staffed by trained legal personnel and having cases handled by high ranking officers. Not that that is much of a consolation to the many women who testify in the brutally honest film that the military has systematically dismissed, denied and ignored the thousands of women who claim to have been assaulted. 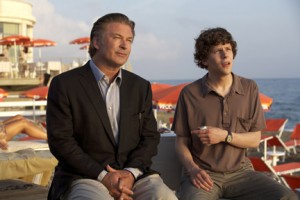 The Big Opening Night Film: TO ROME, WITH LOVE
Woody Allen continues his overseas cinematic love affair that began with the United Kingdom (MATCHPOINT) before moving on to Spain, (VICKY CHRISTINA BARCELONA), and last year, France (MIDNIGHT IN PARIS). The sights, sounds and people of Italy are now on display with this flight of fancy starring usual bunch of all stars and for the first time in since 2006s SCOOP, Allen himself in front of the camera.

Using a short segment format, Allen alternates between several stories, characters and moods. (Think of it as an arty sequel to his EVERYTHING YOU ALWAYS WANTED TO KNOW ABOUT SEX film from 1972.) Alec Baldwin and Judy Davis fit in effortlessly, Penelope Cruz continues to be one of Allen’s most successful and long running muses and Jesse Eisenberg surprises no one as the latest Allen doppelgänger. (One might argue his entire career he has always been doing “a Woody.”) The highest praise was reserved for a somewhat low key Roberto Benigni who plays a man who wakes up famous and doesn’t know why.

Allen actually attending opening night, (something he didn’t do even when MIDNIGHT IN PARIS was up for several Oscars), warning critics not to be to hard on him as he’s still quite sensitive. He also admitted the fractured story structure was due mostly because it had been assembled from a variety of ideas he’d pulled from his “idea drawer.” 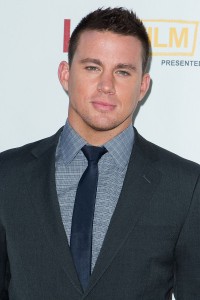 The Big Closing Night Film: MAGIC MIKE
Usually you have to pick either a well meaning art film or something a bit more, shall we say risqué. The closing night film, MAGIC MIKE, offered something for both crowds. Directed by art house veteran Steven Sodergbergh and inspired by lead actor Channing Tatum stripper job he held for a short time, MIKE also featured the “skintastic” talents of co-stars Matthew (“I take my shirt off all the time anyway”) McConaughey and True Blood’s Joe Manganiello.

The general response and early reviews have been overwhelmingly positive and Soderbergh, a man who altered the indie landscape with SEX, LIES AND VIDEOTAPE and won Academy Awards for TRAFFIC, looks like a lock to have his first big hit since OCEANS INFINITY.

Beyond the art films, the Hollywood blockbusters and the experimental shorts, a highlight at LA Film Fest has always been the novelty events. This year there was the usual big director shines a light on a musical legend, (Jonathan Demme’s well meaning Neil Young documentary NEIL YOUNG JOURNEYS), but the real fun was the free screenings. Outdoor events gave a new generation a chance to see E.T. THE EXTRA-TERRESTIAL and STAR TREK II: THE WRATH OF KAHN on a big screen and there was even a dance-along outdoor screening of DIRTY DANCING. The only gripe of the year? Where were the super oddball events at the Ford Amphitheater? Last years THE SEDUCTION OF INGMAR BERGMAN, a mad multi-media event where the music of odd-rock masters Sparks and the live staging of a “film-to-be” by Guy Maddin was the best cultural clash of the decade.

And finally the HITCH…
Often film festivals are measured by the crazy activity surrounding a screening. A few years back it was people fainting during the climax of Danny Boyle’s 127 HOURS. This year, during the last third of the nifty, low budget western DEAD MAN’S BURDEN, something truly strange occurred.

Seems there was an elderly couple that were talking throughout the film to each other inspire of all the shushing of the those round them. Things came to a head when a nearby Australian journalist told the couple to “Shut the f*** up!” According to differing reports the old fellow kicked the journalist, the journalist tripped the man down a flight of stairs and then things got interesting.

The journalist bolted, the fallen man bellowed, “I’m a lawyer and I’m going to sue!” L.A. Police were summoned. As were an ambulance, the L.A. Fire Department, and so on. Most amazingly? The screening proceeded. Which was a good thing; lead DEAD MAN lead actress Clare Bowen, an Australian with a perfect American west accent. Think of her as is a cross between of Cameron Diaz and Joely Richardson, and the actor find of the festival.