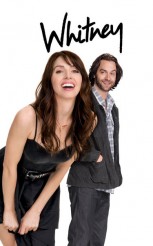 And why is this supposed to be funny?

Remember back in the 1990s when FRIENDS was such a huge juggernaut that anything they put after it at 8:30 was guaranteed ratings gold?

Remember how every year, NBC would squander that timeslot with subpar piles of crap – just treading water, hoping and waiting the next FRIENDS would manifest (it never did).

Well, watching WHITNEY, NBC’s latest Thursday night comedy, you’re reminded of all those 8:30 failures (even though it airs at 9:30 pm) because that’s exactly what WHITNEY feels like – leftover goods.

On a night that’s filled with three brilliant comedies – COMMUNITY, PARKS AND RECREATION and THE OFFICE, to slot in a traditional sitcom with a live studio audience is awkward (NBC’s UP ALL NIGHT would have been a much better fit).

If WHITNEY were actually funny, then maybe there wouldn’t be much to complain about, but sadly, the series premiere is pretty much laugh free, unless of course you like bad one-liners and thousands of unfunny sex jokes.

The premise of the show is that Whitney (Whitney Cummings) and her live-in boyfriend Alex (Chris D’Elia) are happier living together and not getting married, than actually getting married (most of the first episode hits that concept home as they attend the wedding of a friend).

Throughout the episode we get to see a lot of Whitney’s neurotic posturing, but as the writer and creator of the show she’s almost afraid of giving herself too many quirky things to do. Cummings has some charisma and she’s a pretty good stand-up who has a lot of bite, yet very little of that is on display here. D’Elia is also a really great foil, but neither have figured out the rhythm of their relationship or how to make this kind of old school comedy work well.

While Cummings and D’Elia could potentially save this show if the writing ultimately gels, the show might have to dump its entire supporting cast that is filled with sitcom 101 archetypes (the horndog friend, the happy couple, the bitchy one).

This is Cummings’ second show this season. On CBS she has 2 BROKE GIRLS which she co-created with Michael Patrick King (but doesn’t star in). Both shows have somewhat decent casting and very intriguing leads, but neither come out of the gate with their comedy weapons a blazin’.

WHITNEY is serviceable – a show that’s not totally bad, but not quite good. It’s in a nice comfy time slot after THE OFFICE, but with so many comedies waiting in NBC’s pipeline for a time slot opening, there’s going to be less patience for serviceable so WHITNEY better get good quick if it hopes to survive there. And we know, based on Cummings’ stand-up she has it in her, so she should unleash her inner demons and stop playing nice and start being funny again.