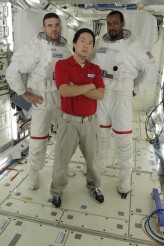 Not perfect, but shockingly good for a series being burned off in the summer by NBC 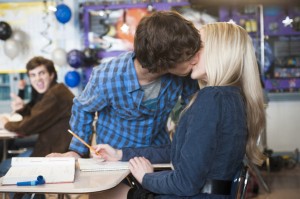 How did I end up liking LOVE BITES?

Being chosen to review the show against my will, and hating the premiere episode, I’m now finding it a pretty agreeable and enjoyable summer time filler.

The structure of a weekly romantic anthology series didn’t seem like the best idea in the world at first, but since it’s found a way to have a handful of recurring characters and bringing on a great guest cast every week, the show has ended up being quite good.

With any anthology though, some of the stories work, and others don’t.

The three episodes tonight are hit and miss, as would be expected, but the one miss is at least fun to watch.

“Sunday Fun Day” finds two the show’s three recurring cast Judd (Greg Grunberg) and Colleen (Constance Zimmer) getting high off of medicinal marijuana and forgetting that Judd is supposed to attend the Christening of his brother’s child – who he’s supposed to be the Godfather for.

It’s a slight comedy of errors and it works barely, only because of the great chemistry between Grunberg and Zimmer as they run the gamut of pot emotions. It’s a one-note premise, but I give the show’s writers credit for trying to show an atypical (and healthy) married relationship on television.

“Kiss and Tell” is quite good, being the LOVE BITES attempt at telling the familiar story of a high school nerd (Vincent Martella) getting asked to the dance by the school’s hot girl (Spencer Locke). Everything goes perfect, except for the end-of-the-night kiss. The next day, his horrible kissing skills have spread across social networking and he must redeem himself – with some help with a girl, whose his friend, who just may be the right one.

This is a very breezy and likable segment with a great cast (Martella is the classic 1980s nerdish, but not too nerdy hero) and writer Joe Lawson finds a fresh way of dealing with familiar high school romantic troubles. Plus, you don’t need ninety minutes to rush through all the major beats. 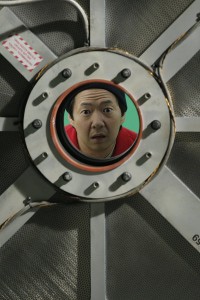 Finally, there’s “I Need Space,” a refreshingly different (and what looks like an incredibly expensive segment to produce since it’s set on a space station) as Colonel Scott Bowers (WAREHOUSE 13’s Eddie McClintock) learns that his girlfriend is cheating on him – resulting in some very funny antics in space. It also helps that one of his fellow astronauts is the hilarious Ken Jeong from COMMUNITY.

Like the last few episodes, there’s a loose theme and there’s an attempt to connect all the segments together in a small way throughout which adds to the fun of the show.

The guest cast is also top notch and this episode is directed by Timothy Busfield who does a great job of grounding the episode with honest emotions.

LOVE BITES isn’t perfect, but it isn’t a bust either (if you discount the horrendous pilot). In fact, it’s a show that probably would have been more comfortable on cable television where its offbeat structure could afford it to take even more chances.

Ultimately though, just look at it as a light, breezy summer series amidst the clutter of absolutely atrocious reality TV. That alone should make it worth checking out at least once before it exhausts its limited episode run.