Home » The X List: JUSTIFIED – THE COMPLETE FIRST SEASON is one of the Highlights to DVD and Blu-ray Titles This Week 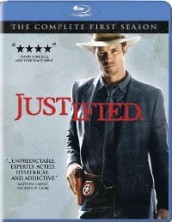 The X List: JUSTIFIED – THE COMPLETE FIRST SEASON is one of the Highlights to DVD and Blu-ray Titles This Week 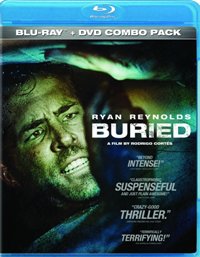 BURIED – Put Ryan Reynolds in a box and make a movie about it. Who thinks up this stuff? Seriously, that’s what this movie is. He has a cell phone, a lighter and some other stuff and he tries to save himself after his convoy in Iraq is ambushed and he is put in a coffin and buried in the sand. Now, to me, that’s not what I would think would be a good time. Is it? Meh, it’s actually alright, but there isn’t a lot of scariness or tension despite how hard it tries to make it so. Reynolds is fine as the desperate man, but there just isn’t enough here to really call good.

DEATH RACE 2 – A made-for-DVD/Blu-ray sequel to the big budget reboot of the classic Roger Corman film makes its debut this week. It shockingly isn’t bad, well if you don’t mind a water-down version of the film you’ve already seen. But it is good, dumb fun, which is always a good thing when you need to relax you mind. So it’s probably a good rental.

JUSTIFIED – THE COMPLETE FIRST SEASON – The FX show about a very unordinary U.S. Marshall comes home for the first time just in time for the second season to begin soon. This is available on both Blu-ray and DVD and since it was shot in high definition originally, Blu-ray is the way to go for sure. Timothy Olyphant, who did an awesome job on DEADWOOD, shows his true chops as a TV star. Olyphant brings some of that DEADWOOD character to this one as well as something new, 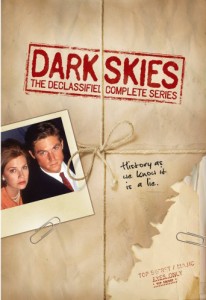 DALLAS – THE COMPLETE FOURTEENTH SEASON – Wow, after 14 seasons and now 14 DVD sets, the complete portfolio of this long-running prime time serial is out and available. Now, if you have bought all of the single disc DVDs then you should really go on and buy this one as well but if you have been holding out, the good news is that a complete series collection is probably around the corner.

MERLIN – THE COMPLETE SECOND SEASON – The BBC’s hit show about the early years of the famous magician comes home for the second time on DVD. Meh, it’s no DOCTOR WHO or TORCHWOOD, hell it’s no BEING HUMAN, but at least it’s better than a lot of the schlock on TV these days.

DARK SKIES – THE DECLASSIFIED COMPLETE SERIES – The short lived series about a sinister alien hive, a government cover-up and one man’s journey to stop them comes home in this six-disc DVD set featuring all 19 episodes of the series including the international pilot. There is also some pretty good content in the extras such as a booklet, a retrospective featurette, promos and more.