Home » The Dork Side: TV Quotables for Everyday Life

The Dork Side: TV Quotables for Everyday Life

From THE SIMPSONS to TWIN PEAKS to FIREFLY, a list of TV quotes that have made their way into our lexicon 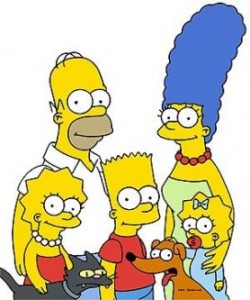 After years of watching THE SIMPSONS, it is burned in my brain. I’m sure the first time I said it, I thought about it and said it to make someone laugh. Now, more than 20 years later, I say it instinctively. I’m not even thinking of THE SIMPSONS anymore when I say it. It has worked its way into my lexicon, into my everyday conversations.

In my last THE DORK SIDE , I wrote about the movie quotes that we use in our everyday lives. I emailed some friends and asked for their favorite lines. This time, I posed a question on Facebook: “What lines of TV dialogue do you use in your everyday life?”

I was not surprised to learn that almost everyone has SIMPSONS quotes that they use every day, but there were some other notable quotables as well.

What are your favorite movie quotes that have worked their way into your everyday life? Share them in the comments below or on our Facebook page or send us a tweet.