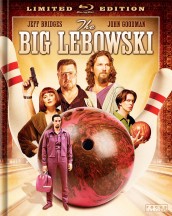 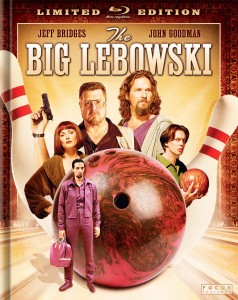 THE BIG LEBOWSKI LIMITED EDITION – The cult classic comes to Blu-ray for the first time and is offered up in an awesome limited edition package as only a film such as this that has such an impact on pop culture can.

LEBOWSKI is one of the favorite films among whole hosts of generations both old and young that find the humor and way of life of The Dude iconic.

This Blu-ray package gives you a 28-page companion book to the film with new photos, trivia, a film timeline and a host of special features including a picture-in-picture commentary from the cast and crew with behind-the-scenes footage showing how a scene was developer or set up. There is also an onscreen counter that keeps track of all the times the word dude or f*** or whatever is said.

You can instantly hear any of the song on the soundtrack with one interactive feature. There is an in-movie trivia game. There are also all of the legacy extras from the other DVD releases including the 10 year retrospective. To top it all off you get a digital copy as well for the first time to play on a media tablet or smartphone. Very cool and must have for any fan of the film. 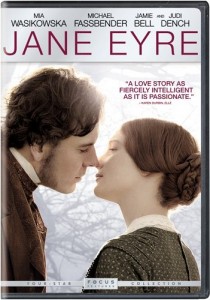 JANE EYRE – The romance epic gets a new take this time starring Mia Wasikowska and Michael Fassbender along with Judi Dench in a tale of love and life and hiding away secrets that can really ruin both of those things. It is an interesting adaptation which is saying something considering there have been like 23 of them over the years. Some will probably like the high production values, nice cinematic shots and good acting. Others may prefer one of the cheesy TV series or low-budget versions. You decide by checking it out.

MEET MONICA VELOUR – Kim Cattrall has seen better days in terms of being a hot POA (anyone remember MANNIQUIN?). Luckily, she’s playing a more fitting role this time in VELOUR (unlike the fictional seductress in SEX IN THE CITY) as a washed up 80s porn star that a teenager is pursing in order to meet. Of course, it turns into a weird film about a kid with a crush on an older lady going to strip joints and doing all sorts of other weird stuff but it is amusing at times and if you got nothing else to watch maybe give it a shot.

GONE – Good to see Molly Parker from DEADWOOD getting some work these days. She stars in an original Lifetime movie where she is forced to fight for her daughter after she is kidnapped. In order to get her daughter back the kidnappers want her to kill a patient in the hospital where she works. Instead of doing this, she tries to find her on her own and uncovers a laundry list of corruption and terrible people that have a larger agenda than just a kidnapping.

MEDIUM RAW: NIGHT OF THE WOLF – A decent horror flick about a group of civilians that get trapped in an insane asylum and the power goes out releasing the prisoners and getting decimated by a host of nasty bad guys with a variety of crazy tendencies. While it has its flaws, it isn’t a bad thing to check out if bored. 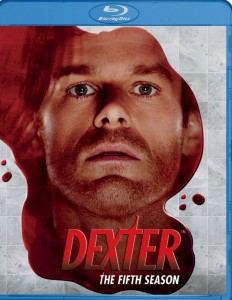 DEXTER: THE FIFTH SEASON – After losing his wife at the end of Season Four, Dexter is faced with being a single dad … oh yeah and that whole serial killer killing other killers thing. Now, Dexter (Michael C. Hall) must learn to balance his life as a cop and dad with the fact that he has these urges that are somewhat uncontrollable. Also, what can he do to make sure his son doesn’t follow in dad’s footsteps? Just in time for the debut of the Season Six coming, here is your chance to catch up on what you missed last season or re-visit the season to get a refresher of what is to come. 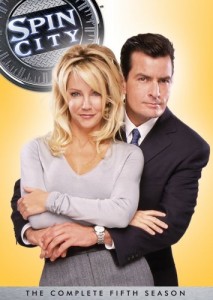 SPIN CITY: SEASON FIVE – Taking over for the departing Michael J. Fox, Charlie “Winning” Sheen provides a good fill-in as the press secretary for a governor. Funny, how things end up. When he did it at the time it was Sheen’s comeback into the limelight. He would later follow it up with TWO AND HALF MEN and become one of the highest paid actors on TV. Now, his character on MEN is getting killed off and we have these episodes to check out as a reminder to what he used to be. 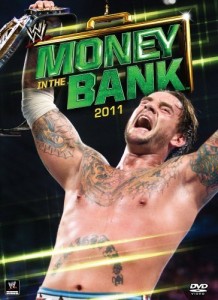 MONEY IN THE BANK 2011 – CM Punk has been making some serious waves in the WWE breaking what is so-called the fourth wall and bringing real life plotlines into the fake wrestling program. This is the payoff where he battles John Cena for the World Title and threatens to take it away from the WWE to wherever he ends up as his contract is due to expire. Where the reality begins and the storyline ends is hard to ascertain here but one thing is for sure, it is good stuff if you are a wrestling fan.

Article Source: Assignment X
Article: THE BIG LEBOWSKI is the DVD/Blu-ray Pick of the Week