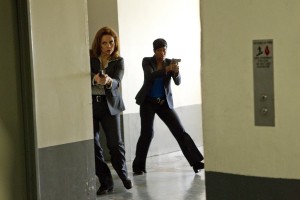 SOUTHLAND concludes its third season on TNT tonight and executive producer John Wells (ER, THE WEST WING, THIRD WATCH and CHINA BEACH) chats about the gritty police drama that was unceremoniously dumped by NBC before its second season aired, only to find a home with TNT.

Here’s what Wells had to say, in part 2 of our interview.

ASSIGNMENT X: You’re also one of the executive producers on SOUTHLAND, which ran six episodes on NBC, then got renewed, then got canceled after you’d shot six episodes of Season Two without any of those episodes airing – and then you got picked up by TNT, which is now airing Season Three. Is that one of the stranger experiences in your producing history?

WELLS: Yeah, that was a particularly difficult situation, in large part because we were doing the show we said we were going to do. They kept telling us that they were really happy with it, and then … [cancellation].

AX: Do you know yet if SOUTHLAND will have a fourth season?

WELLS: No, and I don’t think we will know for awhile. We’re having a lot of fun doing it and [TNT has] been lovely to us and the fact that they let us make some more is great, they’ve kept the show alive, love the cast – we’ll see at some point if they want us to make some more or not. 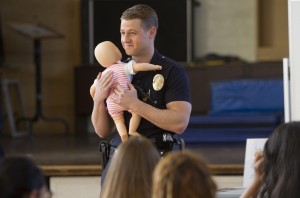 AX: Is there a better or a worse way as a show runner to have your show canceled?

WELLS: Well, there are about fifty different answers to that. The worst thing is to get canceled and to have the studio say to you, “But you still have to make the next six.” That’s the worst, because they don’t want you to actually spend any money on it, so they would like you to do all the rest of the order, because of whatever the foreign requirements are or whatever, they’re not going to air, they’d like you to do it for no money, but you need to get them all done. So then you end up in this strange sort of death march in which you’re like trying to get everybody to work and to keep going.

The hardest ones I think honestly are the ones in which you really, really believe in the show. I mean, sometimes you get canceled and it’s kind of a relief – you know it’s not quite working, you can feel it, you didn’t quite get the tone right or whatever the problem is. Sometimes I’ve had them where I was working with someone who I really desperately didn’t want to have to ever see again as long as they lived. But the worst is when you get canceled and you just have to do a bunch, because it’s hard work and it’s long hours and nobody’s asking for sympathy, because people are well-paid, but it can get really tough to do.

AX: How many series are you producing right now?

WELLS: SOUTHLAND and SHAMELESS are both in production right now. We have some other development things that we’re doing that we don’t know what will happen next.

AX: Would you want either of these shows to live as long as ER, another of your series?

WELLS: ER was like being in a long-term relationship, where there are times when you’re absolutely, completely in love and everything is wonderful, and there are times like, “Why in the world are we doing this?” and then you fall back in love again. So it had its cycles over the years, but I completely enjoyed it and miss my friends – a lot of us had been together since CHINA BEACH who were doing that show, so I miss a lot of the people that I knew then, but you want to be able to make a show as long as it’ll be creatively interesting and it’s hard in the first few seasons to know whether that show has that kind of life or not.