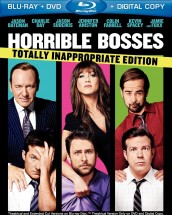 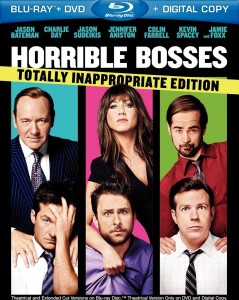 HORRIBLE BOSSES – We’ve all had them before. A horrible boss. One that makes you dread coming to work and one that makes you wish you could find another job if the market wasn’t so damn bad. But no one has probably ever had a boss like the ones in this film. One is a control freak. One is a cokehead. One is a sexual harassment pro (although having Jennifer Aniston as trying to get on you can’t be all that bad). It’s over-the-top. It’s completely ludicrous but it makes for good fun and the cast seems to be having a very good time with each other – which is sometimes a severe problem in these types of comedies. There are four featurettes on the Blu-ray and DVD set on the making of the film and why they had so much fun together. 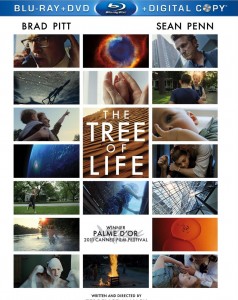 THE TREE OF LIFE – Terrence Malick has become one of those directors in Hollywood that you can easily identify when watching one of his films. THE THIN RED LINE was an interesting mix between the beauty of the world mixed with the horrors of war that made for a unique war film. THE NEW WORLD brought that same beauty of the world mixed with the brutality faced by the Indians as well as a love story. One of the common themes was the vivid visuals that Malick is famous for. THE TREE OF LIFE is full of this in spades. It is a gorgeous film. The story centers on a Texas family but goes far beyond that into the universe itself. While gorgeous yes, the thoughts and ideas are a bit vaporous and perhaps even absurd. Still, worth checking out because it is simple beautiful and on Blu-ray looks so great.

VLOG – VLOG is like one big tease. It starts out with a hot chick documenting her life on the Internet wearing all sorts of skimpy clothing and screwing all sorts of dudes that descends into a tale of a demented dude using these same type of viral videos to kill the same people she has been shagging. The problem is that it is all too predictable and the big tease is that the chick never really delivers in showing the goods or being anything beyond a character you could even like, even before the so-called big twist. Still if you need a horror fix, might be worth a Netflix rental or stream.

THE HILLSIDE STRANGLINGS – This is a new take on the classic real-life story of the brutal killings that took place in the late 70s. This one is fictional and presents a story that two cousins (not just one man) were responsible for the killings. It isn’t bad and the dudes in the story do a great job of making you think they are complete scumbags that turn into nasty killers. Not a bad Netflix when it comes. 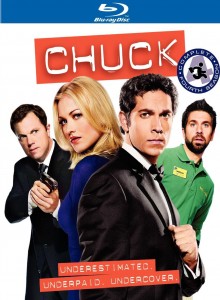 CHUCK: THE COMPLETE FOURTH SEASON – I’d be lying if I were to say that the fourth season of CHUCK was anything other than a huge disappointment. There’s only so much that they can do with this show given the circumstances that they have backed themselves into a corner. Chuck (Zachary Levi) and Sarah (Yvonne Strahovski) get married and they face a slew of new challenges from Chuck’s mom (Linda Hamilton) and her evil organization that she may or may not be a part of. The show used to be fresh and fun with a slew of gags and action mixed in but has turned into a weekly dose of one of the two being in trouble in some way and the gang trying to get them out of it. It is repetitive and becomes a one-trick pony. Plus, one of the best parts of the show in Casey (Adam Baldwin) is virtually neutered. Now, I’m sure I’ll take some flak for this but in the back of your mind you know it is not as good as it was in those first two glorious seasons. Hopefully the fifth season will get back on track. This set includes all 24 episodes from the fourth season on Blu-ray and DVD along with a handful of featurettes and the infamous gag reel. 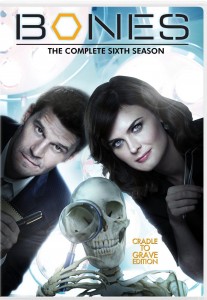 BONES: THE COMPELTE SIXTH SEASON – The seventh season of BONES is gearing up to debut on Fox. Here’s the last season finally being released featuring more crazy antics from the unique crime fighting duo of Booth (David Boreanaz) and Bones (Emily Deschanel). This set offered on both Blu-ray and DVD includes all 23 episodes from the season with extended episodes, gag reel, featurettes, audio commentaries and other never before seen stuff. A perfect set for fans of the show or those looking to catch up on what they missed.

AQUA UNIT PATROL SQUAD 1: SEASON 1 – The saga of the AQUA TEEN HUNGER FORCE continues in this new series featuring Frylock, Master Shake and Meatwad (along with all of the other colorful characters) this time fighting crime in hilarious fashion. This two-disc set includes all 10 episodes from the first season of the show along with the final seven episodes from the original series. 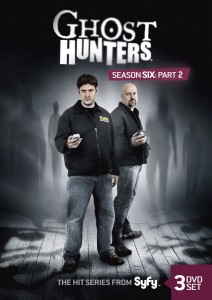 GHOST HUNTERS: SEASON 6, PART 2 – Now, to me, this show is complete bunk. These dudes go to these places and have their cameras follow them along and then point to something, “Oh I saw that.” Camera swings around, nothing. Rinse and repeat. But what the hell do I know, this show is going on its sixth season and this is the second part of the season with another 13 episodes of houses, estates, schools and other weird places getting investigated. 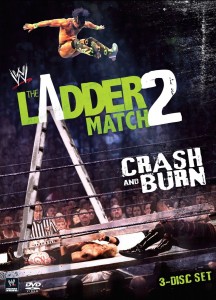 WWE: LADDER MATCH 2: CRASH AND BURN – Another awesome WWE DVD that collects one of the most brutal matches in professional wrestling in the ladder match. This collection includes matches that have happened not only in the WWE but the best of the ladder matches from WCW and ECW as well. In all, there are 25 matches filled with insane bumps and really good action. Anyone that says pro wrestling is fake, well they are right, but what they do to their bodies isn’t at all fake and pretty damn cool.