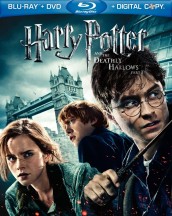 Also new this week: THE INCREDIBLES on Blu-ray, COUNTRY SONG, DOCTOR WHO: KENDA, DOCTOR WHO: SNAKEDANCE, CAR 54, WHERE ARE YOU: COMPLETE FIRST SEASON and much more 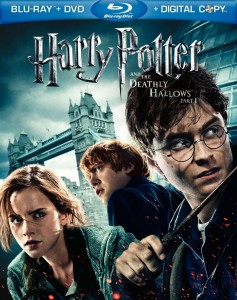 HARRY POTTER AND THE DEATHLY HALLOWS – PART 1– Dreary, depressing and totally nothing like any of the films we have seen before from the HARRY POTTER franchise, DEATHLY HOLLOWS – PART ONE is about as dark as it gets. All hope seems lost and things are only getting worse as nothing seems to be able to stop Lord Voldemort from winning his battle against man and magic. While some viewed this as just too bleak and sad, it sets up the final movie to be a blockbuster wrapping up all the loose ends and giving fans the ending to the franchise they deserve. I would pick up the three-disc combo pack that gives you a Blu-ray, DVD and digital copy of the film plus all the special features that are included on both discs. 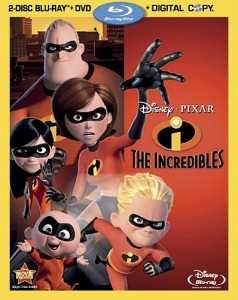 THE INCREDIBLES: Four Disc Combo Set – The first time ever on Blu-ray, the four disc set includes a Blu-ray copy, DVD copy, digital copy and a disc for special features including a slew of new content that has never been released before including “The Incredibles Revisited,” a roundtable discussion involving many of the crew from the film. Also new is “Paths to Pixar: Story Artists” that continues the features being included on other Pixar releases on how the artists go about doing their work and what brought them to the company. All of the legacy extras are also included here.

COUNTRY STRONG – Gwyneth Paltrow puts on her robe and country hat for this singing, band playing, hand clapping country music extravaganza. While probably not for everyone, country fans will want to check it out and those that enjoy a good music-base love story will also want to check it out. Is it the best movie ever? Nah, but not the worst. 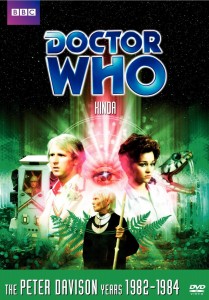 DOCTOR WHO: KINDA – Some call Kinda one of the best Peter Davison episodes ever. Some don’t like it and prefer SNAKEDANCE, which is in essence a sequel. However, it is a pretty good journey as the Doctor, Tegan and a nearly absent Nyssa and Adric (before he died) facing off against an ancient evil called the Mara. The Mara is taking members of a survey crew and causing some interesting happenings on the native planet. The DVD includes commentary and extras on the behind the scenes makings of the episode as well as some deleted scenes and other cool stuff any fans will be happy about. 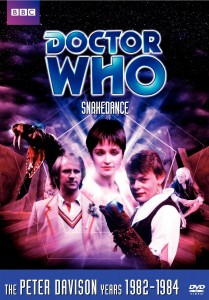 DOCTOR WHO: SNAKEDANCE – The sequel to KINDA, Peter Davison as the Doctor and Janet Fielding a season later find themselves facing a familiar threat as The Mara invades Tegan’s mind and takes them to the planet Manussa. There, the Doctor must learn a snakedance in order to defeat the creature. As with KINDA, the DVD includes commentary, deleted scenes and behind-the-scenes featurettes from the episode.

CAR 54, WHERE ARE YOU: COMPLETE FIRST SEASON – The classic police comedy finally comes to DVD for the first time answering fans clamoring for the series to get its place on spinning plates. All 30 episodes from the show’s first season are included here on four discs. The cool thing here is that they includes a new extra that is a roundtable discussion with the cast and crew looking back at the show.