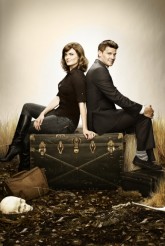 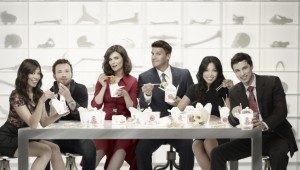 While BONES is based on a series of novels by mystery writer and real-life forensic anthropologist Kathy Reichs, the show’s characters and structure have been developed for television by executive producer Hart Hanson. In this exclusive two-part interview, Hanson talks about where BONES has been, where it’s going – and how he feels about all of it.

ASSIGNMENT X: At the end of fifth season last year, all the characters went their separate ways, not just Booth and Brennan – well, Angela and Jack went off together, but still left the Jeffersonian. When and why did you decide that it was a good idea to give everybody a break from each other and see how they re-formed when they returned?

HART HANSON: Well, the why is easier than the when, but when was about halfway through last season, maybe around November. I thought, “Oh, I know where this is going,” where the season was going, because we always know where we are at the beginning of the season, and then we reconvene around Thanksgiving to see where it’s going, see how the audience is responding and how the network is responding and the studio, and we thought, yeah, we knew that’s what we were going to do, split them up, because we wanted to give them [Brennan and Booth] some distance from each other.

It was either get them together or not, and we had that weird season where we had two big moments – the hundredth episode, which would have been a good season-ender, but we had six more episodes to go after that. And the why was just, we knew that they weren’t going to get together then, so then we needed to get a little space, and I hope people will see that the time apart provides more stories in Season Six. The theme of the [sixth] season opener [was] what happens when the centerpiece of a group leaves, what happens to the group? And our group – is it such a tight group that one person leaving could make it fall apart? And the answer is “yes.” There is no group without all of them, and that’s what we wanted to do – show that they just flew apart. 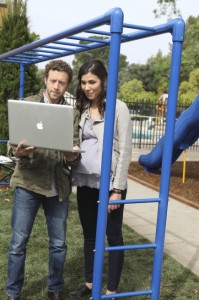 AX: Did you have Angela and Jack marry each other because you felt that you didn’t want to be carrying on two intense will-they/won’t they relationships at the same time?

HANSON: Yes. We want to tell as many stories as we can, and Angela and Hodgins are a great, strong, together couple. Booth and Brennan are a nascent couple, they’re a couple to be. So we wanted them [Angela and Jack] together so that they can do the other side of that seesaw.

AX: Did you and the writers have the sense that Angela and Jack were strong enough as characters that you didn’t need the sexual tension to keep them going?

HANSON: Yes. Although it’s more a case of, “here’s a couple we want to be together [Brennan/Booth] and here’s a couple that is together [Angela/Jack] – how do you play those themes of what they go through against each other?” And so far, that’s working really well for us.

AX: Not asking for spoilers on what we haven’t seen yet, but do you have a favorite scene or episode from what we have seen in the last few seasons?

HANSON: I loved the hundredth episode [which showed how Brennan and Booth originally met]. It was really nerve-wracking, but it was really fun to go back to the proto-characters, see Brennan back before and Booth, and Cam when she was a coroner. It’s really fun to go back. It [was set] one year before the pilot. They didn’t get along in the pilot, and we sort of see why. 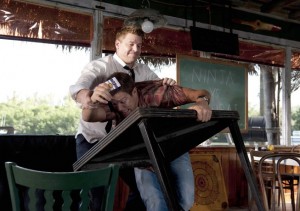 AX: Jonathan Adams, who played Dr. Daniel Goodman, was not in that episode, even though Dr. Goodman was in charge of the Jeffersonian lab at the time the hundredth episode takes place. Why was that?

HANSON: No. Going back through all the things we could do, something had to give and it was Jonathan Adams, who is one of my favorite actors in the world, but there are some plot necessities where we had to bring back [Eric Millegan as] Zack. I think it’s kind of like picking a scab. It’s like people going, “Oh, they should never have let that guy go!” Which is the last thing I want. I think [Millegan was] delighted to come back, too. When we asked him, he didn’t hem and haw about it too much.

AX: Since we now know that Zack did not actually kill anybody, is there a chance that he could get out of the mental hospital and return to being more helpful?

HANSON: I have no plans to bring him back as a regular. The “squintern” thing is working very well for us, which is why that happened in the first place, just to bring more stories into the lab, and that’s going to be more and more necessary as time goes on in BONES. We need stories in the lab for production reasons and those rotating interns do that. But we have to pay off that story, what Zack is and is not guilty of, and it’s fun to have him back. 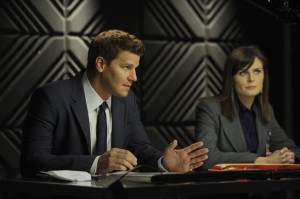 HANSON: I have some that I’m very fond of, including ones that the fans don’t necessarily agree with. The first Christmas show was one of my favorite episodes. I got hollered at by the studio for this one. Maybe when someone hollers at me, it makes me like the show more. [The studio] thought it was too soon to be this much character [oriented], and I got yelled at, but it was what it was, and I always liked it. And I like “The End in the Beginning.” I like the alternate reality show a lot. I think part of the reason, though, is all of the actors got to be something different and it was just fun to do something different. That may not be the best reason to like it. Shooting it was so much fun. The actors had so much fun. David and Emily had so much fun. Ian Toynton, who is our directing producer, directed it, and it was just a blast. And you had Motley Crue – it was just fun.

I guess right now, on David and Emily, the Booth and Brennan storyline, I love the scene where he said, “I’m willing to do anything, I’ll quit my job, I’ll do anything to be with you,” and she says, “No,” and reveals that she’s been protecting him, not the other way around. So I liked that and I thought they did a great job, but my favorite scene is when T.J. [Thyne] hits himself in the head with the nunchuks, because I’m a very sophisticated guy.

AX: So coming up, we may see a few more homages to the Three Stooges?

HANSON: [laughs] I hope so.

AX: Was the episode “The X in the File,” where they wonder if they’re dealing with aliens, a direct homage to THE X-FILES?

HANSON: Absolutely. We recognize that we owe various shows for Booth and Brennan and that’s one of the shows we owe.

AX: For awhile, all crime procedural shows were very serious – LAW & ORDER, CSI, CRIMINAL MINDS and their spin-offs. BONES has been in the forefront of the lighter investigative shows, which are now a popular subgenre with CASTLE and a lot of the USA slate …

HANSON: I think it was inevitable. All those crime procedurals that were very, very cut and dried and were massively popular, as all the networks got their crime procedurals, you had to do something to be different. We came on, we had to be different from CSI. So I don’t think anyone’s ripping off anybody, I just think it’s a natural progression in the stories, that you’re going to go to the characters. And as those [darker] shows get older, they tend to do the same thing, they tend to go more into character. And I’m glad we were kind of there at the front of the “crimedies,” as we call them.

AX: Although no one ever gives Brennan’s behavior a clinical label, there are times when she seems …

HANSON: Asperger’s? Yeah. We’ve thought about that many times. The original idea was that Brennan had Asperger’s Syndrome, but on a network, we thought, “Oh, we’re not going to do that. We’re not going to give the label starting out. It makes people nervous.” So we just made Zack extremely Asperger’s Syndrome. But I imagine I can certainly see somebody annoying Brennan by insisting that she has Asperger’s Syndrome. I would say how it would be part of the story. I would say she doesn’t, that there’s something else working there that gives her Asperger’s-like symptoms. Her approach to psychology is that [being diagnosed] just wouldn’t matter to her. Although her character does develop. I think we’re getting to the point where she might question herself.