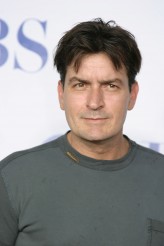 Will the show go on as ONE AND A HALF MEN?

Not surprising, and nearly two weeks of Charlie Sheen “winning” with his bizarro publicity road show to ruin (including interviews, a new Twitter feed, his own webcast), Warner Bros. Television has finally fired the actor from its TWO AND HALF MEN series.

Will the show now be renamed ONE AND HALF MEN, will they bring in a new actor, or will the show be canceled outright? I would count on a new actor coming in to salvage this train wreck for both CBS, the cast and crew and Warner Bros. sake.

Not surprising, Charlie Sheen responded via TMZ (ack!) with his usual stream of consciousness craziness.

“This is very good news. They continue to be in breach, like so many whales. It is a big day of gladness at the Sober Valley Lodge because now I can take all of the bazillions, never have to look at whatshisc*ck again and I never have to put on those silly shirts for as long as this warlock exists in the terrestrial dimension.”

What does this all mean? It means the Charlie Sheen drama is not over yet, but at least CBS and Warner Bros. Television can get back to the business of making TV shows instead of spin-controlling out-of-control stars holding their TV series’ hostage.