Bosley gets an upgrade in new CHARLIE’S ANGELS TV reboot

BATTLE: LA actor Ramon Rodriguez (who also will play Bosley) reveals how different the incarnation of the character will be 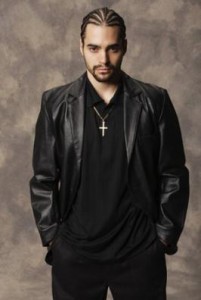 The pilot for the new CHARLIE’S ANGELS TV reboot is almost underway, and BATTLE: LA actor Ramon Rodriguez revealed yesterday that the role of Bosley, who he will be playing, is going to be completely different from what we’ve seen before.

“The mere fact of them casting me, it shows they’re going in a new direction –  with respect to everyone else,” says Rodriguez. “This is a whole new take. This is my version of Bosley.”

While he went through actual Boot Camp training to play a soldier in the alien invasion flick BATTLE: LA hitting theaters March 11, he says he’s going through a Bosley boot camp now for ANGELS right now.

Rodriguez also admits he’s been “preparing for this role my whole life.”

“I grew up with three sisters,” he reveals. “They watched the original show and they got even more excited when I got [the part of] Bosley.”