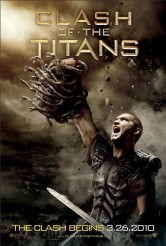 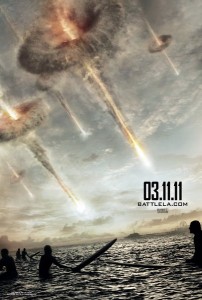 While speaking to the press yesterday for the new alien invasion flick BATTLE: LA (which hits theaters on March 11), director Jonathan Liebesman was actually rather forthcoming about his plans for his next film WRATH OF THE TITANS, the sequel to last year’s CLASH OF THE TITANS.

Taking over for director Louis Leterrier, Liebesman says he will take the best from CLASH and then make the rest his own.

“I approach each thing as if it’s your own film,” says Liebesman who says his approach will be more realistic than in the original.

“I’m not going to do as an intense docu-job as BATTLE: LA, but I want to make you feel you’re watching a real world that has fantastical creatures,” the director says. “It’s not going to be the very stylized world that Louis was going for. It’s going to be a more recognizably gritty world with fantasy in it.”

To help erase the bad feelings of the botched post-conversion 3D job done on the first CLASH, Liebesman has been doing his homework on 3D and even consulted with James Cameron about how to do handheld camerawork in 3D.

“CLASH one was not conceived, edited or shot to be a 3D movie, so it was a little unfair to post-convert it and the filmmakers took the brunt of it,”says Liebesman. “Post conversion was in its complete infancy and they had to do a whole movie in seven weeks. On [WRATH] it’s being conceived from start as a 3D movie.”

WRATH will still be post-converted, but Liebesman adds that “the process has come so far.”

“When you plan for it, it’s a much better process rather than slap it on top,” he adds.

As far hints about what to expect in WRATH, Liebesman hints that they’re working on a new catchphrase for Liam Neeson’s Zeus character (remember, he said, “Release the Krakken” last time) and he has a mythological creature he really would like to see in this new one.

“Cyclops,” says Liebesman with a smile.