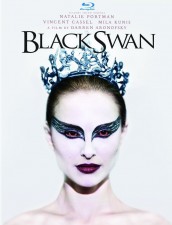 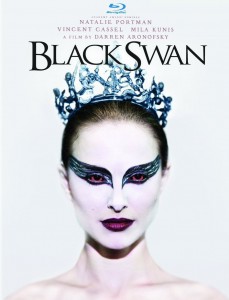 BLACK SWAN – Natalie Portman won an Academy Award for her role in BLACK SWAN as a troubled dancer that lands the lead role in a modern day telling of SWAN LAKE.

SWAN is an anomaly in Hollywood. It was billed as a thriller but there are a number of horror elements that really make it cringe worthy including a nasty bit where Portman tears off part of her skin and removes a large piece of glass from her stomach. Plus, there are the shock value moments where a second Portman stares her in a mirror or attacks her in her sleep or whatever.

To appeal to a mass audience (and obviously it worked giving Portman her first Oscar) they billed it as a thriller. The Blu-ray version includes three featurettes not on the DVD version including the very cool “Two Years in the Making” where Portman and director Darren Aronofsky discuss how much of a long process it took to make the film. 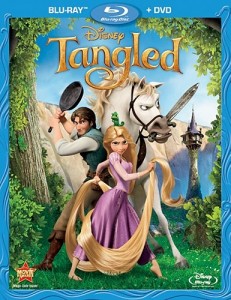 TANGLED – This is a great film. Funny, entertaining, great for kids and amazing animation, TANGLED is all that is right about what’s happening in Hollywood. Unfortunately, everything right just happens to be most animated films. Sadly, the rest of it is all remakes, sequels and re-imaginings. You will even forget that Mandy Moore is in it, but there are numerous moments where you laugh out loud even as an adult because they writers cleverly added a whole slew of jokes that only we will get but with enough storytelling and slapstick that kids will get a kick out of it too. The animation is where it really shines. It is as close to an actual human face I’ve seen since FINAL FANTASY. Definitely worth adding to your collection.

SCREAM TRILOGY – The three original films that introduced a whole new generation and re-introduced other fans to the slasher genre makes its Blu-ray debut with new cuts of the film for high definition. Just in time for SCRE4M to come about soon.  The films look a hell of a lot better than the DVD versions even if they haven’t been remastered, meaning anything looks better in HD. Definitely worth a purchase if you love the films (even the crappy third one). 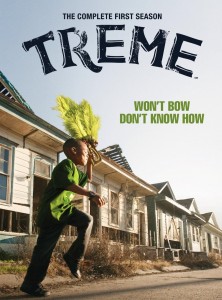 TREME: THE COMPLETE FIRST SEASON – The critically acclaimed drama that aired on HBO from the minds of THE WIRE comes home for the first time on both DVD and Blu-ray. Focusing on the residents of New Orleans in the aftermath of Hurricane Katrina in one of the oldest neighborhoods of the city and how important music is to the African-American and Creole cultures. The 10 episodes from Season One are included here along with a host of special features. The Blu-ray version includes interactive, original content along with a new featurette “Down in the Treme: A Look at the Music and Culture of New Orleans” that goes into detail on the music, cuisine, landmarks and more of the area. Good stuff and a lot of good extras for fans. 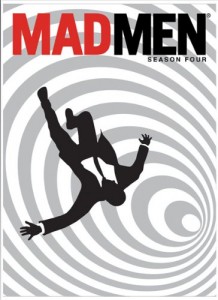 MAD MEN: SEASON FOUR – The fourth season of the critically acclaimed series comes to DVD and Blu-ray for the first time with a whole slew of game-changing storylines that affect the professional and personal life of Don Draper. All 13 episodes of the season are included here along with a number of commentaries and featurettes included on both versions.

DENNIS THE MENACE – SEASON ONE – This 5-disc DVD box set includes the 32 original uncut episodes from the first season of the iconic family series starring Jay North, Herbert Anderson, Gloria Henry, Jeannie Russell and Joseph Kearns. The extras on this set are pretty cool including new interviews with Russell and Henry, radio interviews with Russell and Henry, a bonus episode from THE DONNA REED SHOW and original promos for the TV show.