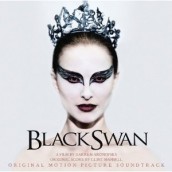 Clint Mansell has always felt the need for speed, let alone the seeming urge to accompany more mental disintegrations than a national tour of ONE FLEW OVER THE CUCKOO’S NEST. Taking the next evolution from playing with Pop Will Eat Itself to make a stunning alt. scoring debut with 1998’s PI (a film that also marked the debut of his frequent auteur collaborator Darren Aronofsky), Mansell’s prolific, and usually innovative output has combined the shredding rhythms of industrial rock, the lush melodic reaches of a symphony orchestra and enough minimal chord progressions to rate a celebrity death match with Philip Glass. Even after years of head games like THE HOLE, REQUIEM FOR A DREAM, MOON and THE WRESTLER, Mansell’s stylings have lost none of their enthusiasm with the slow burn ballet of BLACK SWAN and the pedal-to-the-metal rock revenge of FASTER.

First to the score for the highfalutin’ “art” picture that turns out to be as entertainingly silly as any drive-in horror-sex exploitationer. But where it might be easy for us who chuckle at the pretenses of Natalie Portman going crazy in a BLACK SWAN tutu for Aronofsky’s mash-up of REPULSION and THE RED SHOES (with a bit of SUSPIRIA and THE ARRIVAL thrown in for good measure), it’s Clint Mansell’s score that stands up as the real deal, especially when given a dance partner like Peter Ilyich Tchaikovsky.

It’s doubtful that a classical composer has seen his work goosed like this since Ken Russell’s far superior piece of insanity THE MUSIC LOVERS, a biopic that only offered a bit from “Swan Lake.” Here, it’s all about what’s arguably the most recognizable ballet of all time, as Portman’s frigid ballerina finds herself taking a director’s advice to live Tchaikovsky’s dual roles of the good and evil birds a bit too literally. As her moves improve with some lesbionic loosening up, reality becomes ever-so creepier until a climax of paranoiac Pas de deuxs.

Having embodied addicts, truth seekers and brawny punishment junkies for Aronofsky, Mansell’s ability to inhabit a heroine who doesn’t know where her hallucinations start and stop turns out to be one of the composers’ best transformations, especially since his score is likewise transparent in its chilling entrances and exits.

Capturing a slow, methodical beauty that’s likely the best score of this kind since Howard Shore played the spiraling derangement of twin gynecologists in DEAD RINGERS, Mansell uses elegantly slow melodies of piano and strings, with the familiar pulsing of “The New Season” a subtle spin on his more visceral rhythms a la REQUIEM and MOON.

For the most part, Mansell’s BLACK SWAN uses ironic, lush gestures for piano and strings at the score’s start for “A Room of Her Own” and “Cruel Mistress,” delicately playing like some dance accompanist who’s just biding his time until he can hit the key of full-blown madness. Mansell prances about while introducing “A New Swan Queen” before dipping into an eerie tick-tock sustain, then builds with unnerving, orgasmic rhythm with “Lose Yourself,” a cue whose cartoon button to a blown climax provides one of SWAN’s biggest, knowingly uncomfortable laughs.

With each cue like “Power, Seduction, Cries” and “The Double,” Mansell treats BLACK SWAN with elegant torment, his progressively menacing melodies and subtly abstract effects yanking Portman in and out of madness. Yet where Mansell has reached for the heavens themselves in such Aronofsky scores as THE FOUNTAIN, or gone completely insane with the Kronos Quartet in REQUIEM FOR A DREAM, BLACK SWAN’s growing suspense comes across as his most subtle, and haunting work for the director- at least until “Opposites Attract,” as a violin joins with his rhythmic effects and surging orchestra for femme passion getting out of hand. It’s the tip of the iceberg for our ballerina, And if Mansell’s own score is the white swan written a la Tchaikovsky on a modernistic day, “Night of Terror” inexorably merges his stylings into “Swan Lake”’s to the point where only Goth music lovers might know which composer is which.

From this point, BLACK SWAN goes into full performance mode like a psychotic spin on THE RED SHOES. And Mansell has a fiendish blast ripping apart and re-assembling “Swan Lake” for the remainder of the score. The orchestra’s fantastic, utterly recognizable performance of the classical masterpiece segues on a pirouette into Mansell’s themes, then back again, the music chirping in distorted voices, distorting like a broken tape machine, getting attacked with hallucinatory overdubs and shattering apart as if it was classical glass. It’s a brilliant job of hearing the outer world of the packed concert hall with the inner miasma of a woman who’s convinced her own mutating body is out to get her- a combination of the classically recognizable and the distortion of your worst overdose. Yet somehow, Mansell pulls together as a cohesive musical piece, giving you the thrill of listening to a truly great performance of “Swan Lake” while also working as something far more sinister.

A fever dream of beautiful music as the ultimate destroyer, BLACK SWAN stands as a particularly great piece of scoring sedition that’s a bit smarter at unleashing its inner demons than the movie itself. For a composer who’s had his way at making convention look lazy in the face of good musical drugs, Mansell’s work is at once evil satire and classical celebration. And it’s likely to bring the ultimately mad Tchaikovsky himself a new shot of fandom with the dying piano melody of “Swan Lake,” as turned into a different, brilliantly deconstructed animal by Mansell.

Even when it’s a straight-ahead action flick with The Rock getting some morally troubling payback that takes him to the vanishing point, leave it to Clint Mansell to take the road less traveled in FASTER. Having put a uniquely percussive twist on crime and punishment with such scores as KNOCKAROUND GUYS, MURDER BY NUMBERS and SMOKIN’ ACES, Mansell is hell-bent for leather here with the simmer dialed up to eleven, the score’s musical builds as sharp, steely and relentless as The Rock himself. It’s no small reason why FASTER is significantly better than what you’d except for an action vehicle of this sort (and certainly better on all counts than when Mansell accompanied The Rock for DOOM).

FASTER’s seemingly slim plot is essentially about driving from one righteous kill to the next, the psychological baggage escalating with each body. Mansell goes for the troubling anticipation in his darkly brewing strings, taking little pleasure from the hits, while losing none of the suspenseful momentum during the retribution trip. Like SWAN, his score is about getting into the main character’s head. But where the ballerina’s was helter-skelter, The Rock is all about focus, not to mention poetic sadness. And it’s an unspoken anguish that Mansell plays to the delicate hilt, giving FASTER the kind of resonance where you feel, and most importantly care about the people who had it coming- unlike revenge epics like KILL BILL that snigger like psychotics in the bloody wake of their massacres.

With The Rock’s character simply called “The Driver” here, Mansell’s undulating electric guitar also helps bring out FASTER’s neo-western elements, allowing George Tillman Jr.’s exceptionally stylized direction to achieve the mythic storytelling its striving for, a retro feeling well complimented by songs like Guido and Maurizio DeAngelis’ “Goodbye My Friend,” The Heavy’s “Short Change Hero” and Iggy Pop’s sweaty take on “I Wanna Be Your Dog.” They’re all perfectly chosen for the baking asphalt where a man’s gotta do what a man’s gotta do. And Mansell’s riffs definitely know how to get down and dirty with them, going for the kill with hard-ass sound of screaming rock chords and runs of throttling tribal percussion that play well to The Rock’s Samoan heritage. It’s a vibe that helps make his payback an exciting bitch, while also giving it food for thought. And for an action score, that’s true resonance.

Do a dark Pas de deux with Mansell HERE, then let him rip it with The Rock on the road to vengeance HERE