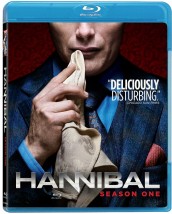 Breaking News: HANNIBAL: SEASON ONE Blu-ray and DVD at Comic-Con 2013

All 13 episodes from the first season will be released Sept. 24 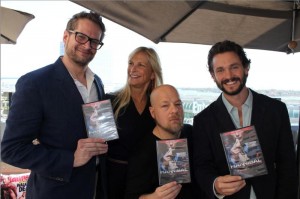 Looking for more HANNIBAL in your life before the second season begins in the winter of next year? NBC’s hit show will be releasing the first season onto Blu-ray and DVD on Sept. 24 from Lionsgate Home Entertainment, NBC and Gaumont International Television.

The show follows Detective Will Graham (played by Hugh Dancy) as he tracks serial killers and he teams up with Dr. Hannibal Lecter to help solve crime.

The DVD and Blu-ray will contain all 13 episodes from the first season, including one episode never aired. There will also be audio commentaries, deleted scenes, a gag reel, storyboards and a slew of featurettes that go into the creation of the show.