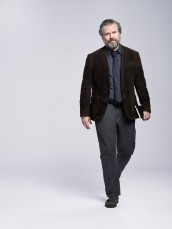 The actor also talks TUCKER AND DALE VS EVIL 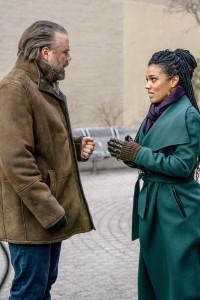 In NBC’s hospital drama NEW AMSTERDAM, now on Tuesday nights in its second season, Dr. Max Goodwin (Ryan Eggold) continues to face personal and professional battles. Max has just gained a baby daughter and lost his wife, all while trying to put patients over profits at the title hospital in New York.

Max’s good friend and colleague, psychiatrist Dr. Iggy Frome, is played by Tyler Labine. Labine, originally from Ontario, Canada, is perhaps better known for playing scruffy, scrappy people than for upstanding physicians. Some of Labine’s credits include the films TUCKER AND DALE VS EVIL, DIRK GENTLY’S HOLISTIC DETECTIVE AGENCY, STARTUP, DEADBEAT, RISE OF THE PLANET OF THE APES, ANIMAL PRACTICE, and BREAKER HIGH. Labine also played the Devil-fighting Bert “Sock” Wysocki in two seasons of REAPER, 2007-2009, a role he reprised in a 2018 episode of KEVIN (PROBABLY) SAVES THE WORLD for REAPER and KEVIN creators/producers Tara Butters and Michele Fazekas.

Earlier in the day, NBC announced that NEW AMSTERDAM has been picked up for three more seasons. Labine and his colleagues are understandably in a celebratory mood.

AX: Do you have any idea of what Iggy’s arc is going to be over the next three seasons of NEW AMSTERDAM?

LABINE: No clue, no. We’ll just take it as it comes. But I do know that I trust this group of writers more than any group of writers I’ve ever trusted on a show. Not that I’ve worked with bad writers, but these guys, they know what they’re doing with this material.

AX: Can you say what’s going on for Iggy this season?

LABINE: Well, we left on another cliffhanger for the winter finale. We went to Riker’s Island. And then on the episode where we pick up, we bring a little bit of Riker’s to the hospital with us, and some bad stuff happens. Some sh*t pops off, as the kids say. Somebody gets stabbed. So it’s a pretty interesting episode. And then the arc of the whole season leading up to the break and then after has been one of really revealing very human and emotional facets to all these characters, and broadening the horizons in that regard. My character has been trying to adopt a kid without telling his husband, which is pretty shady, and when we come back after the break, that comes to a real head and he has to face his husband head-on and admit why he’s seemingly such a scumbag [laughs].

AX: Do you have actual real-life parenting experience?

LABINE: I have three children, yes. I have a three-year-old, a six-year-old, and a nine-year-old. 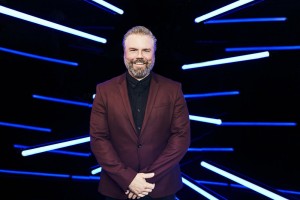 AX: So in case Iggy manages to adopt, you’ve done some research.

LABINE: Yeah, you could call it that, for sure.

AX: Where does NEW AMSTERDAM shoot?

LABINE: New York. We’re all over – we’re in Greenpoint, in Manhattan, and in King’s County.

AX: Not asking for spoilers, but in what we’ve seen so far, do you have a favorite episode, or a favorite scene in NEW AMSTERDAM?

LABINE: Yeah. In Season 1, Episode 1:13, with Janet [Montgomery as Dr. Lauren Bloom] and I, when she comes to Iggy for her psych evaluation to see if she’s a drug addict or not, and I have to be there for her when she finally admits that she is a drug addict. And it was a really amazing episode, well-written, and Janet just blew me away. Her acting abilities inspired me. 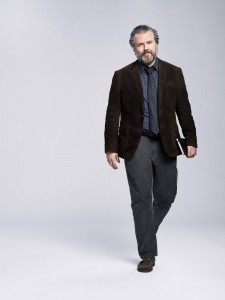 AX: Last year, you and Bret Harrison reprised your REAPER roles as Sock and Sam, respectively, on KEVIN (PROBABLY) SAVES THE WORLD. How was it revisiting Sock after ten years?

LABINE: It was great. I love Tara and Michele, who created REAPER. They have their show EMERGENCE on the air. They’re such great, creative, talented and intuitive writers that they knew exactly when to bring us back. It was a really bizarre happening. Me and Bret came back, and we played Sam and Sock, and I couldn’t have been more immediately back in touch with him. I thought it was going to be really difficult, but as soon as I got on set, I dove into it. I was like, “Oh, yeah, I remember this guy.” And it was a blast, so fun.

AX: How long has it been since TUCKER AND DALE VS EVIL was released?

LABINE: We’re about to have our ten-year anniversary. 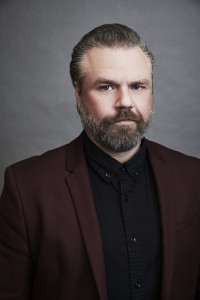 AX: Any hope of a sequel? There’s been some talk …

LABINE: Yeah, we’re working on some stuff right now. Not a sequel in the traditional sense, but it’s a new world out there, plenty of media options, so yeah.

LABINE: NEW AMSTERDAM has been taking up most of my time. I am developing, like I said, something by the way of TUCKER AND DALE VS EVIL 2, more of an episodic-type thing we’re working on, and then I’m writing my first screenplay right now, feature film, based on the music of Granddaddy, by Jason Lytle, and I’ve got a few things that I’m developing, but nothing coming out. That was last year. I had a bunch of movies last year. This year, I’m developing.

AX: And what would you most like people to know about this season of NEW AMSTERDAM?

LABINE: That it is a very brave and bold season in terms of what we’re choosing to showcase about the state of healthcare in this country. Season 1 was like an intro; Season 2 is a master class in what we have to deal with in this country. So yeah. Good or bad, left or right, we’re just highlighting it and showing it.