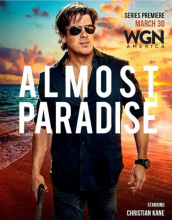 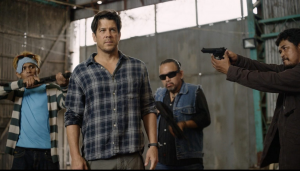 After the success of LEVERAGE and THE LIBRARIANS, Dean Devlin and actor Christian Kane continue their television partnership with the new WGN America action series ALMOST PARADISE.

Devlin co-created (with Gary Rosen) and executive produces the new series which showcases Kane as Alex Walker, an ex-DEA agent on retirement in the Philippines who can’t seem to escape trouble.

The ten-episode first season airs Monday nights at 10:00pm on WGN America and Devlin gives us the scoop on Season 1. 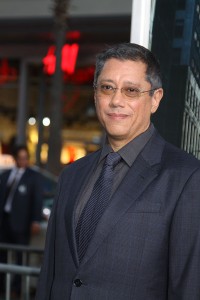 ASSIGNMENT X: Can you talk a little about the plot of ALMOST PARADISE?

DEAN DEVLIN: It’s about a superstar undercover ex-DEA agent [Kane] who has had to retire because of a nervous breakdown and severe hypertension. He decides to retire to a deserted beach he remembered visiting 15 years ago. When he arrives, he discovers dozens of very high end resorts have been built there and his plans of going from Jason Bourne to Jimmy Buffett are thwarted when he discovers the rich and famous criminals from around the world come here to vacation. 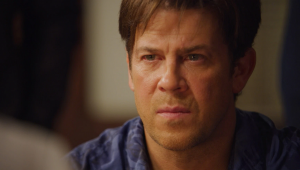 AX: Did you develop the  series specifically for Christian Kane?

DEVLIN: When I first started working on the project, over ten years ago, I remember telling Christian Kane, “I’m working on a project that you’re perfect for, but unfortunately you’re too young for the part”. Well, 10 years later I’m finally making it and Kane grew into the role.

AX: How different is his role from the characters he played on LEVERAGE and THE LIBRARIANS?

DEVLIN: This is a much more emotional and damaged character than Kane played in LEVERAGE or THE LIBRARIANS. Agent Walker wears his heart on his sleeve. He tries to cover his tentative emotional state with humor. I think you’re going to see a side of Christian Kane you’ve never seen before. More vulnerable, more exposed. 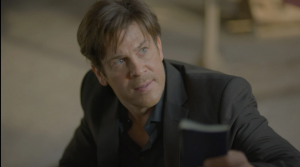 AX: What advantages did you have by shooting the series in the Philippines?

DEVLIN: This is the first American scripted television show to ever shoot in the Philippines. As a Filipino/American filmmaker, I’ve never been able to explore this part of my heritage in my work before. This show will expose to the world aspects of the Philippine culture, landscape, spirituality, and customs that have never been seen before. It’s a fun action show placed in a completely fresh environment. 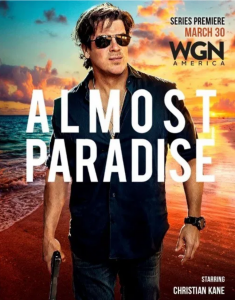 AX: Does the series have standalone episodes or is there a season-long arc?

DEVLIN: This is a more traditional crime procedural show, but it does have some character and story arcs that develop over the course of the season.

AX: The series airs on WGN America, if people don’t have that cable network, will it be available to watch online or for download?

DEVLIN: Our show airs on WGN America on Monday nights at 10pm. However, you can catch it on the WGN app, or you can download episodes on Amazon or iTunes