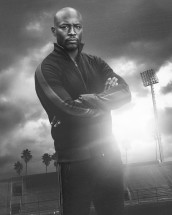 ALL AMERICAN: Taye Diggs on playing a coach, being a dad and Season 2 – Exclusive Interview 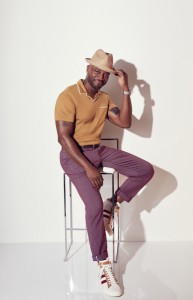 ALL AMERICAN, renewed for a third season and now in its second Monday nights on The CW, follows high-school football player Spencer James (Daniel Ezra), who is loosely based on real-life football player Spencer Paysinger. ALL AMERICAN’s Spencer is recruited out of his position as a star player at South Central Los Angeles’s Crenshaw High School by charismatic Beverly Hills High coach Billy Baker, played by Taye Diggs. This causes issues for both the Baker and Spencer families, since Spencer has to move in with the Bakers to attend Beverly Hills High.

Diggs, originally from New Jersey, is a multi-award-winning, multifaceted performer who has done Broadway musicals – including the original cast of RENT, in the role that he reprised for the feature film version – and starred in numerous TV series, including KEVIN HILL, DAY BREAK, PRIVATE PRACTICE, and MURDER IN THE FIRST. He is also a prolific children’s book author.

Diggs talks about ALL AMERICAN in a Q&A panel for the show set up by The CW. Later, he makes time for a follow-up conversation.

Did Diggs expect ALL AMERICAN to get a second season, or was he worried about it? “My backup plan was to be a babysitter. No, we were all very hopeful. I think we were all very encouraged, because we knew that we were part of something very special. I’ve been blessed to have been around for a while. Even so, nobody knows what goes on behind those closed doors, or why decisions are made. I was very confident that we’d get a second season, but I didn’t know. So I acted as if we were coming back, and was very hopeful. I had no idea that the show would do as well as it did on Netflix, and I was very grateful and relieved. And we’re here, so I’m happy about that.

“One of the elements of the show of which I’m proudest is that there are so many opportunities where we could kind of glaze over or play stereotypical situations, and the writers have done such a great job at keeping these situations multilayered and accurate. And it’s really great to delve in as an actor, as well as, I think, entertaining to see these characters in these situations as well.”

As Diggs works with a lot of younger actors on ALL AMERICAN, does he ever give them the benefit of his experience? “Oh, man, not much. I find myself learning from them more than the other way around. I feel like I’m the most immature. Definitely. But what I have kind of learned throughout the years is to act from, I do what I want now, as opposed to when I was much younger, kind of feeling the need to listen to agents, or managers, or friends, which is another reason why I was so excited to do this show. This is somebody that I just felt very strongly about within my spirit. There was no discussion with anybody else. I feel like I’ve earned and gained that, so I’m thankful for that.”

Did Diggs feel that sense of independence when he was starring in and producing KEVIN HILL, or was he still leaning on the advice of others at that time? “That was a combination. That was right before I started to think I had to listen to more people. This show [ALL AMERICAN] is Number One. KEVIN HILL, that’s my second favorite show. I really had a great time with that.” 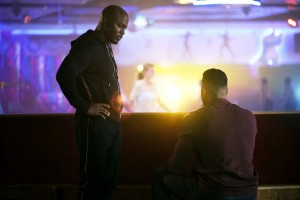 ALL AMERICAN executive producer/show runner Nkechi Okoro turns to Diggs. “So I really was Number One?”

“You guys are Number One,” Diggs affirms.

ASSIGNMENT X: Are there things that didn’t happen in Season 1 that you’re hoping you can get to do in Season 2?

TAYE DIGGS: I have no complaints whatsoever. I loved how Season 1 went. I love how Season 1 ended. And because of the way in which Season 1 ended, it’s got me even more excited to answer all the questions that were asked at the end of Season 1, and it’s been quite emotional acting-wise, which is all an actor can ask for.

AX: Did you have to learn how to do anything in order to play a football coach, and/or to play somebody who’s working with teenaged boys?

DIGGS: I’ve always loved athletics, I’ve always loved sports. I’m just learning more and more about the game. My son is an athlete, he’s very active, he’s a basketball player and plays flag football, so the show, along with my son’s participation in the sport, it has proven to be very helpful.

DIGGS: It’s humbling. The fact that we can shoot in Crenshaw, in South Central, and have the blessing of being around the actual folks that live there, the community actually being a character, playing a character in this show, it’s humbling, and we’re very thankful and respectful. It also adds to the importance of us being as true and authentic as possible in our portrayal of these characters.

AX: Billy Baker is a father figure to Spencer and the high school football team. He’s also a literal father to his own kids. Is there a difference between playing the actual father aspect and the coach aspect? 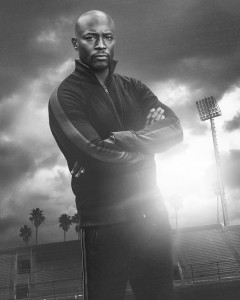 DIGGS: Ah, jeez. It sounds really obnoxious, but so many.  – I’ve got another children’s book coming out, called MY FRIEND. It’s a follow-up to I LOVE YOU MORE THAN in the ME series, CHOCOLATE ME and MIXED ME. I’m producing. So I’m really trying to diversify and just keep it moving and take advantage of the position I’m in and how much I’ve worked throughout the years.

DIGGS: That it’s more of Season 1, but a little bit deeper. We start peeling away layers. So I feel like we set up certain issues in Season 1, and in Season 2, everything gets a little bit more personal.

Related: Exclusive Interview with ALL AMERICAN showrunner Nkechi Okoro on Season 2 of the CW football series

Related: Exclusive Interview with ALL AMERICAN star Karimah Westbrook on Season 2 of the CW series

Article Source: Assignment X
Article: Exclusive Interview with ALL AMERICAN actor Taye Diggs on playing the coach on Season 2 of the CW series