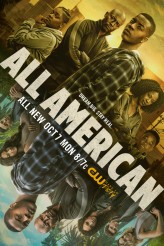 The executive producer chats about the CW football series 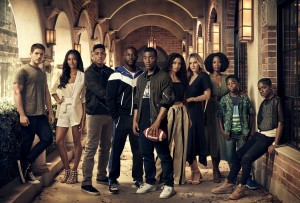 ALL AMERICAN, now in its second season Monday nights on The CW, is loosely based on the life of real-life football player Spencer Paysinger. Daniel Ezra plays the fictionalized version, Spencer James, who starts out as a star player at South Central Los Angeles’s Crenshaw High School before being recruited to play at Beverly Hills High. This means Spencer must relocate and move in with the family of Beverly Hills High coach Billy Baker (Taye Diggs), while still keeping close ties with his mother Grace (Karimah Westbrook) and younger brother Dillon (Jalyn Hall) back in South Central.

Executive producer Nkechi Okoro has been a writer on ALL AMERICAN from the outset. She became show runner when series creator April Blair stepped away in the middle of first season. Carroll’s other writing/producing credits (as Nkechi Okoro Carroll) include the series THE RESIDENT, ROSEWOOD, and BONES.

ASSIGNMENT X: Were you a big football fan before you became involved with ALL AMERICAN?

NKECHI OKORO: I think I’m supposed to say “yes” to that [laughs]. Truthfully, not the biggest football fan, but I come from a family of huge football fans, from my husband, my brother, my sons, and so I quickly became one.

AX: Can you talk about why Season 2 of ALL AMERICAN begins where it does? Season 1 ended when the high school football season ended …

OKORO: So the second season of ALL AMERICAN picks up not far from where we left Season 1, shortly after. We left too many cliffhangers. I was like, “People will murder me if I jump forward six months. They’re going to be like, ‘Wait.’” There was a lot of damage done in that time, and so yeah, we going to pick up a few weeks after Season 1 ended.

AX: Are any of the cliffhangers going to potentially result in any of your characters falling off that cliff and leaving the show?

OKORO: I have no comments [laughs]. I’m not going to say anything about the cliffhangers, but I will promise you that they will be answered, and maybe not the way people think.

OKORO: [laughs] Absolutely. We’re very blessed to shoot in L.A., and I think also in a show where the two cities, South Central and Beverly Hills, are such an integral part of the show, and they’re characters in the show, it was really important to us that we shoot in those neighborhoods, and shoot them authentically, and so we feel incredibly blessed to be here.

AX: Billy’s wife Laura Fine-Baker, played by Monet Mazur, was going to run for District Attorney. Is that something that’s going to continue in the second season?

OKORO: Yes. We had her running for District Attorney in Season 1, and we will see that play out in Season 2.

AX: Jalyn Hall, who plays Spencer’s little brother, is still a child. Are you concerned about him growing, because in his case, it’s going to show more than your other cast members?

AX: Do you have any new cast members you can announce?

OKORO: We have brought on board two fantastic actors, Kayla Smith [as Rochelle Mosley], who will be joining our cast as a recent grad of Beverly High, who is back from college and wreaking a little havoc, and also Da’Vinchi [as Darnell], who people will probably know from GROWN-ISH, has also been added to the cast as a new player in Crenshaw. They’re both incredible talents, and been such a great addition to the cast. We’re excited to have them. 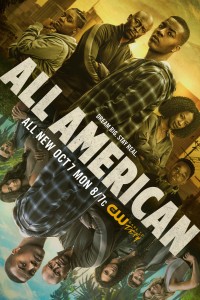 AX: What did you and the writing team learn as the first season went along?

OKORO: I think what we learned was that we just have to tell authentic stories, and that we just have to tackle the hard subjects, and that we do ourselves and the show a disservice if we don’t do that. I think we sort of had those conversations early on in the writers’ room, but we’re like, “Okay, if we’re going to do this, then let’s really do it.” And we’ve got such an incredible staff, and they’ve all been on board. And when there’s something we don’t know, people will be like, “Listen, I don’t know, I want to learn.” And if I don’t know, that means someone in America doesn’t know, so we need to tell them, and we need to teach them. And that’s what we’ve been doing.

AX: Not asking for spoilers for Season 2, but what are your favorite things that you’ve tackled in ALL AMERICAN in Season 1?

OKORO: I so want to say all of it. Honestly, I think Spencer’s relationship with his father, and what happens when he’s been raised by a single mom, and the dad comes back into the picture, and it’s not quite exactly what he thought. There are so many people who can relate to that story, myself included, and I was really proud with the way we tackled that subject matter. Same thing when we talked about the different types of gang violence in the neighborhood, and we had that scene in Episode 10 where they’re trying to clean up a park, and you’ve got your O.G. gangsters talking about how there’s a difference. “There’s a difference in how some of these young guys are running through the neighborhood, and what we were trying to do, at a time where we were the only protection the neighborhood had,” and really being able to dissect those storylines that are complicated and aren’t black and white, and we’ve had such incredible support from both The CW and Warner Brothers to be able to authentically tackle that stuff, that’s been a dream come true.

AX: And what would you most like people to know about ALL AMERICAN Season 2?

Related: Exclusive Interview with ALL AMERICAN star Karimah Westbrook on Season 2 of the CW series