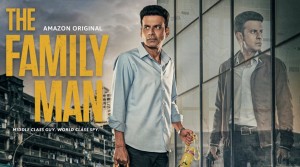 THE FAMILY MAN is the kind of series that hasn’t been seen before, at least in the U.S. Yes, there have been television shows about a government anti-terrorism expert trying to achieve a work/life balance – but not set in India, made in Hindi with English-language subtitles.

Skrikant, played by Manoj Bajpayee, is with India’s National Intelligence Agency. He tries to keep the dangers of his job a secret from his wife and children, who consequently think he’s not doing anything important, even when Skrikant and his team are desperately striving to prevent a terrorist attack.

THE FAMILY MAN was created by Raj Nidimoru and Krishna D.K., better known as the writing/directing/producing team Raj & DK. Their work until now has primarily been in the feature film arena, including the Bollywood releases 99, the zombie movie GO GOA GONE, SHOR IN THE CITY, HAPPY ENDING, and A GENTLEMAN.

Nidimoru and D.K. directed all ten episodes of THE FAMILY MAN’s first season, which premieres in the U.S. on Amazon Prime on September 20. The duo also wrote all of the teleplays, with Suman Kumar and Sumit Arora. Note: Season 1 of THE FAMILY MAN had wrapped production and this interview was conducted before India rescinded Article 370 of the Indian Constitution, which had previously given Kashmir status as a semi-autonomous state; reactions to this have caused considerable violence in that region.

ASSIGNMENT X: Is THE FAMILY MAN based on any sort of source material, like a novel, or maybe a screenplay you originally wrote for a film?

RAJ NIDIMORU: No, it’s just from scratch, it’s just D.K. and me with a couple of other writer friends. It’s something that we put together. It’s an original.

NIDIMORU: I had this one. I was holding onto this one. Because I could have gone to TV, there were quite a few offers from TV – “Why don’t you do a limited series, or a drama series, for us?” – but I was just holding on to it, saying, “I’ll just wait for the right partner.” So when Amazon came up and said, “Hey, you guys want to do a long film [series]?”, I said, “Yep. I’ve got the best idea.” So we had a core concept. Once they brought us on, we wrote the whole thing.

AX: Besides Skrikant, who are the other major characters in THE FAMILY MAN?

NIDIMORU: Yeah. The wife [Suchitra, played by Priyamani] plays a great role of a caretaker and a working mother. So she has to balance [her job and] taking care of the kids. Skri’s character is quite flawed in the sense that he comes from a very small town, where it’s a patriarchal society, so he’s still having a bit of a hard time trying to accept the wife trying to change and being independent. So that was cool. And there are brilliant actors who do the negative [antagonistic] roles in the film, and one comes as a surprise. Actually, I think we have seventeen different important characters in the show.

AX: At least some of the antagonists in FAMILY MAN are Muslims. Did you have any concerns about stereotyping Muslims and/or stirring up anti-Muslim sentiment?

NIDIMORU: More than that, we try to be responsible filmmakers, because I’m also not a kind of guy to preach as to what should be, what should not be. So we took an observational stand that we are just showing on both sides of the coin that this is how they’re approaching their attack, or counter-attack, for that matter. So we try to be neutral, try to show them as human beings on both sides, and not necessarily put a Muslim tag to it. So it’s really more about two different power centers trying to make their way. 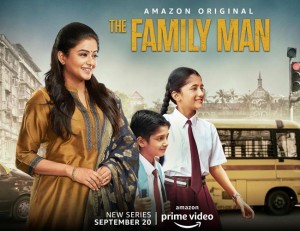 AX: Did you do any research for any aspects of THE FAMILY MAN, like how the National Intelligence Agency works, or about parts of the country where the story takes place that you personally didn’t know that much about?

NIDIMORU: Yeah, a lot. Basically, it’s inspired by daily news stories, which is strange, because you’re picking up all these things [in the news] every day. So we kind of got inspired by the idea of, why not do a show that spins off this? But we are not experts in this area, so we did do a lot about anti-terrorism, the force, how would a force like this work, how do things work in Jammu and Kashmir, how would terrorists approach doing something like an attack? So we actually go on the other side, too. We did quite a bit of research actually.

AX: Because Kashmir is such a volatile area [even before Article 370 was rescinded], did you have somebody go ahead and go, “Okay, it’s safe here, it’s not safe there,” or was it was it like, “Well, we’ll go shoot here, and if we hear actual guns, we’ll leave”?

NIDIMORU: They gave us a lot of protection. The Jammu and Kashmir police force, they were very, very kind. We actually got to shut down the airport and shoot a scene there; we got to shoot in a place called Lal Chowk, where most of the unrest takes place. So we had protection, quite a bit, but then again, you never know. It’s not like you can stop everything. But we took a chance. But they were there, they were very supportive of us. 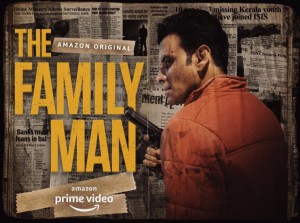 AX: Do you wrap up THE FAMILY MAN Season 1 story at the end, or do you end on a cliffhanger in case you’re going to get a second season?

NIDIMORU: I love the fact that we do our feature films a little open-ended, and I do the same open-ended for most of my shows, including this one.

AX: And what would you most like people to know about THE FAMILY MAN?