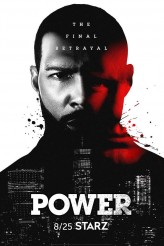 POWER: Creator Courtney A. Kemp on the final season and the first spin-off – Exclusive Interview

The series creator talks about the end of the Starz series 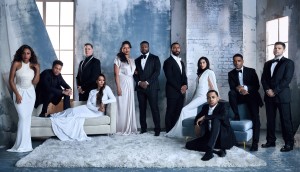 Starz’s drama POWER embarks on its sixth and final season Sunday, August 25, with the main characters at each other’s throats. Club owner/drug kingpin James “Ghost” St. Patrick (Omari Hardwick) is furious at the defection of his erstwhile best friend/lieutenant Tommy Egan (Joseph Sikora); Tommy is homicidal over the fact that Ghost tricked him into killing his own father. Ghost’s estranged wife Tasha (Naturi Naughton) is livid at the mess both men have made of their lives and her own.

At Starz’s session for the Television Critics Association press tour, an announcement was made that there would be at least one POWER spinoff, POWER BOOK 2: GHOST, starring Mary J. Blige.

POWER creator Courtney A. Kemp talks with us about the series, and tells us what little can be revealed at present about POWER BOOK 2: GHOST.

ASSIGNMENT X: Can you say if Mary J. Blige be the new Ghost?

COURTNEY A. KEMP: I can’t say anything. I can tell you that she is a badass bitch – in the part, not [in real life].

AX: Will you be using her music in the new series? 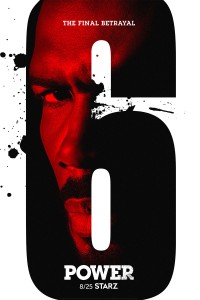 AX: No, but in the way you use some of your fellow POWER executive producer 50 Cent’s music in the current show …

KEMP: What we’ve done in the past, honestly, is that we’ve tried to keep 50’s music out of the episodes that he was in personally [playing the character Kanan], so I’m sure we would probably try to do that.

AX: When POWER debuted its first season back in 2013, how long did you imagine it was going to go?

AX: At what point did you come up with what you wanted the end game to be?

KEMP: Almost from the beginning, because when I pitched it, I had to pitch an end. So I pitched an end.

AX: So if they had said at Season 2, “You’re out,” you would have just accelerated everything to get to that end?

KEMP: I had a plan between the first season and then. That plan played out. But also, my boss got fired during the period of time when we were making final plans for the end of Season 6, so things changed a little bit, too. It’s just the TV game.

AX: Did the new boss have particular opinions about Season 6?

KEMP: It was just about pacing

AX: Will we be seeing some characters we may not expect to see further on in Season 6?

KEMP: There will be surprising characters. And not surprising. Some the audience is dying to see.

AX: Over the first five seasons of POWER, what have you been happiest about, and are there any things that you sort of wish you would have executed differently or scripted differently?

KEMP: Nothing I wish I’d executed differently. No regrets. The only thing that I feel some type of way about is Lucy Walters [who played Holly]. Killing Holly was a big risk, because we didn’t want to glorify domestic violence, but we treated it very seriously. But it really worked out well. 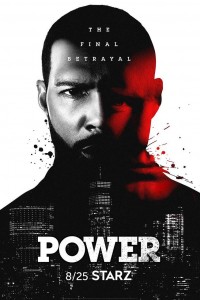 AX: Were there any things that popped for you in ways that you weren’t expecting when you started writing towards them? Any performances, or plot points …?

KEMP: Michael Rainey Jr., who plays [Ghost and Tasha’s son] Tariq, he’s really a great actor. Even as a kid, he’s a great actor, so I’ve expanded his role more and more.

AX: Were you expecting, when you started, that he would get to an age where he would become more a part of the plot, as opposed to just their beloved child?

KEMP: No. Because in the original version of the show [as conceived], he was fifteen and selling drugs already. When we cast Naturi, we had to age the kids down to eleven. So when we hired him, he was eleven years old. Now, six years later, he just turned eighteen, but he has developed so much by being around these great actors. He’s been taught a lot by these guys, and had great directors. This kid has been to the graduate school of all graduate schools, boot camp for a young actor. So he’s ready, he’s primed.

AX: What has your experience been like with the fandom for POWER?

AX: Or they identify with it so much that they don’t care that it’s fictional …?

AX: And also by the time they’ve reacted to it, you can’t really tweak it.

KEMP: Right. But I don’t let fan reaction dictate what I do.

AX: Do you do events like Comic-Con, or any fan conventions?

AX: Well, you should go. Do you have any other projects going on, besides the POWER spinoff?

KEMP: Yeah. We have about three or four spinoffs we’re planning, plus I have my show at HBO, DIRTY THIRTY, plus I’m developing another show [where] we’ll have to figure out soon who the writer’s going to be, but End of Episode, which is my company, is developing a multitude of things.

AX: Are the POWER spinoffs going to be on simultaneously or sequentially?

KEMP: That is a question for Starz. They’re all being developed at the same time.

AX: So is it like, whichever one Starz likes best will go first?

KEMP: No. I’ll choose which one goes first.

AX: And what would you most like people to know about POWER Season 6?

KEMP: I am moving houses and changing my phone number, so complaints should go elsewhere. No, I’m kidding. I’m proud of it, and I hope that they enjoy it.

This interview was conducted at Starz’s party for the Summer 2019 Television Critics Association press tour.