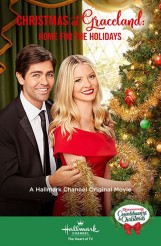 ©2019 Hallmark Channel
CHRISTMAS AT GRACELAND: HOME FOR THE HOLIDAYS
Interviews 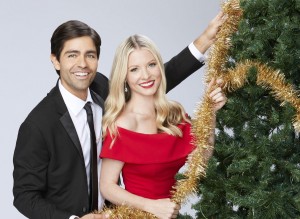 Close and Rikert are hanging out together at Crown Media Family Networks’ (Hallmark’s parent company) party for the Summer 2019 Television Critics Association (TCA) press tour. Rikert is a prolific producer with over thirty credits; he directs as well. Close is also known as an actor, who started on the daytime drama SANTA BARBARA and has since been a series regular in DARK SKIES, NOW AND AGAIN, THE MAGNIFICENT SEVEN, WITHOUT A TRACE, CHAOS and NASHVILLE.

ASSIGNMENT X: How did the two of you become professional partners?

DUSTIN RIKERT: Hallmark put us together, and it’s been a beautiful friendship and business relationship. This is our fourth movie together.

AX: Are you toggling back and forth between acting and directing?

ERIC CLOSE: Yeah. It’s been a great year for directing. This is my fourth movie directing this year. I acted in one of them.

RIKERT: He has a great part in one of the Hallmark Hall of Fame movies, and did a great job.

AX: Are you directing yourself, or are you working with somebody else?

CLOSE: I direct myself, and then oftentimes, I’ll have Dustin stand behind camera, and he’ll watch, just to make sure that I’m hitting my mark and look pretty, I guess.

AX: How did you become Graceland specialists?

RIKERT: Because Hallmark was nice enough to hire us and entrust us with one of their gems, and we just kind of parachuted in and became it.

AX: Were you big Elvis Presley fans before this?

RIKERT: How do you not love Elvis Presley? He’s the King.

AX: What makes CHRISTMAS AT GRACELAND: HOME FOR THE HOLIDAYS specific to Graceland, as opposed to a story that could be set somewhere else?

RIKERT: Well, we actually are one of the few films that Graceland allows to film in the mansion, at their museum, on the grounds. It’s very Memphis-specific, very country music-specific. But it’s got the usual Hallmark flair and Hallmark love story built into it, so it’s really a beautiful marriage.

AX: How much Elvis-ness do you need in your Graceland movies, or do you feel that Graceland is Elvis enough, and the story can sort of move in other directions?

RIKERT: We try not to overwhelm the story with Elvis, but his home and his life are the backdrop, and so we also include his music, so we’ll use his music as score. Also, we’ll have our artists sing their own version of an Elvis song. So he’s definitely present. Elvis is present in all of our movies.

AX: How much Elvis music are you allowed to use?

RIKERT: We use quite a bit. We use five to six Elvis songs a movie. So people get their fair share of Elvis in it.

AX: Do you look for people who have their own country music backgrounds to cover the Elvis songs, or do you cast it and then have them sing?

RIKERT: We cast regular actors. However, we do have cameos. Like today, we just booked Chase Bryant, who’s going to be a country music singer in the movie. He’s a country music star. Lee Brice has been in our films, Kix Brooks.

AX: How is it directing at Graceland? Do you do anything different directing there than you would somewhere else?

CLOSE: I make sure that I watch my elbows, because there are a lot of valuable things in Graceland that you don’t want to knock over [laughs]. So we take great care when we’re in there filming, because for example, we did WEDDING AT GRACELAND, and we had Elvis’s real tuxedo, Priscilla’s wedding dress, and a bottle of champagne uncorked that was at their wedding. Now, you don’t put a price on that, and we had it in the scene. You’ve got to be really careful with those kinds of things. So we love shooting there. The other thing that’s fun about shooting there is getting to really show it. Because we’re doing it as a Christmas movie, and we just did a spring movie there, too. So you get to see it in its different look, in its Christmas look, and when it’s all dressed up and decorated for spring. So that’s been a lot of fun, just to be there for that. 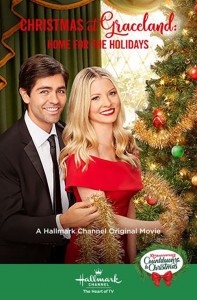 AX: When you started directing, did you imagine, “Someday, I’m going to be working for Hallmark, and sort of specializing in Graceland”?

CLOSE: I had no idea. It’s a great thing. In our business, there are a lot of times when you don’t know from one year to the next what you’re going to be doing. And this has been a real blessing, to be able to work for Hallmark. I had expressed to them – I had just come off being a lead actor in one of their movies [2017’s CHRISTMAS IN THE AIR], with Catherine Bell from THE GOOD WITCH, and I had met with Hallmark and just mentioned that, “Listen, while you’re looking for a role for me as an actor, I’d also love to direct, if anything comes up.” And the next thing you know, I’m directing in Graceland. This is our third movie at Graceland, and I also got to direct a movie with Kristin Chenoweth [Hallmark’s A CHRISTMAS LOVE STORY, also produced by Rikert] which premieres December 7] down in Charlotte, North Carolina.

AX: Can you tease anything you’ve got coming up after Christmas?

RIKERT: We have several projects in development for Hallmark, and we actually have something that’s been a passion project of Eric’s for quite a long time that we’re looking forward to getting off the ground.

AX: That one’s not for Hallmark?

CLOSE: Yeah, we’re trying to do other things.

AX: Is it darker than your Hallmark projects?

CLOSE: No, not darker actually, no.

RIKERT: A real feel-good, underdog story. We’re always looking for different projects, and this movie we’re doing right now, we have this rising country star, Chase Bryant, who’s going to be doing a cameo in it, so that’s pretty exciting for us as well.

AX: And what would you most like people to know about CHRISTMAS AT GRACELAND: HOME FOR THE HOLIDAYS?

RIKERT: That it’s its own unique, beautiful, brand-new story with a new cast. So I think it’s pretty fresh. That would be my take.

CLOSE: Yeah, that’s what I would say.