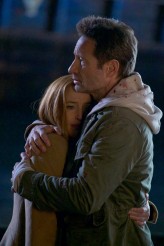 The writer/director talks what may be the series' final season 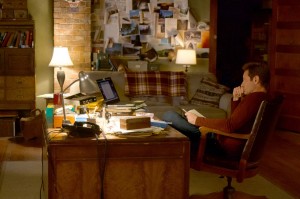 Since he first started as a staff writer/producer on Chris Carter’s creation THE X-FILES back in 1993, Glen Morgan has had quite a career. The prolific writer/producer/director has created, with James Wong, the series SPACE: ABOVE AND BEYOND and THE FINAL DESTINATION franchise, as well as serving as executive producer on MILLENNIUM, THE OTHERS, THE RIVER, INTRUDERS and the current LORE. However, when THE X-FILES came back for a tenth season in 2016, Morgan readily returned to the fold.

Now THE X-FILES is back its eleventh and reportedly final season – star Gillian Anderson has said she is ready to hang up her Dana Scully FBI agent role, and Carter has said he won’t do it without her – and Morgan is back with it once more as a writer and executive producer and directed the season’s seventh episode, “Rm9sbG93ZXJz.” THE X-FILES Season 11 (and perhaps series) finale airs on Fox Network Wednesday, March 21.

ASSIGNMENT X: With THE X-FILES returning several times over the years, do you feel like, “It’s strange how Halley’s Comet keeps coming back,” or do you just accept it at this point?

GLEN MORGAN: It’s not up to me. It’s up to those three – Chris, David [Duchovny, who stars as Fox Mulder], Gillian. So when Chris calls, the stories you can tell, the things you can do, the cinema you can do on this show, I love Vancouver [where THE X-FILES is shot], I wouldn’t pass it up. So I just take whatever happens.

AX: There’s some action this season that looks like it’s inspired by Hong Kong cinema …

MORGAN: I [am inspired by] a lot of Hong Kong cinema, I’m sure that they are, too – there’s a lot of stuff coming out of Korea. I can’t say enough about our [Season 11] director of photography, Craig Wrobleski. He shot FARGO last year and he just picked up all of our work so well.

AX: Something that’s interesting this year on THE X-FILES, although maybe it turns out to be not true by the end of the season, is that after all of the concern about an the alien invasion, it turns out, aliens don’t care, the real problem is us.

AX: Was that something that felt thematically important, or was that just to spin it in a direction that it hadn’t gone before?

MORGAN: I assume that Chris is trying to do a little twist, because there’s so much going on with astronomy. We’ve left the solar system, that’s on CNN, and so Chris wanted to focus on us. Aliens aren’t coming to attack us and they’re not coming to save us, so we’re our only enemies or hope.

AX: It’s been reported that most of the episodes this season are standalone. How many are arced mythology episodes?

MORGAN: There are two. Jim Wong’s show [Episode] Five has some stuff, because it has some stuff about [Scully and Mulder’s son] William, and one has some of Barbara Hershey’s character, who shows up again, so two-and-a-half.

AX: At a Q&A session earlier today, we saw Gillian Anderson with blonde hair. Does she dye her hair to play Scully?

MORGAN: She doesn’t dye her hair, she wears a wig. That’s why I only see her with red hair. I saw her last week with the hair she has, I’m like, “Who’s this?” [laughs] I told her that that was the first I’d seen her without red hair, and I’ve been working with her since August, but I don’t go in her trailer or whatever, so that’s the first I saw her with red hair.

AX: Obviously, in the original run of THE X-FILES, you had some wonderful guest stars like Charles Nelson Reilly and Peter Boyle. How about this season?

MORGAN: Well, he [Darin Morgan, Glen Morgan’s brother] had Brian Huskey in his episode [“The Lost Art of Forehead Sweat”], and I think the world of him. Show Seven is only David and Gillian, they’re the only people in it. Haley Joel Osment is in [writer] Gabe Rotter’s episode, the one [centered on Skinner, played by Mitch Pileggi], and Show Three has Karen Konoval, who played Mom Peacock under the bed. She’s Maurice the orangutan [in the three new PLANET OF THE APES FILMS. She’s my favorite actor there is, so a couple of years ago, on INTRUDERS, she said, “My goal is to play a man,” I was going to have her play the Russian commander, and then Chris said, “Can I use her?” Yes.

AX: In the run of THE X-FILES, did you ever have the actors be resistant to anything? For instance, in the “Home” episode, how David Duchovny and Gillian Anderson felt about going on their knees in the sheep paddock?

AX: How did you feel about the six-episode run of THE X-FILES in 2016 as compared to this new ten-episode run?

MORGAN: I get annoyed when [some people] say the last batch weren’t as good. I feel good about what we did, but these [new episodes] I think are good. I thought what Gillian did in “Home Again” with her performance was incredible, with Darin’s episode about [the were-creature]. I think the mistake we made was separating them. That’s why they’re so strong this year, is that we’ve made sure that David and Gillian [are together]. She’s absolutely right, their chemistry is phenomenal.