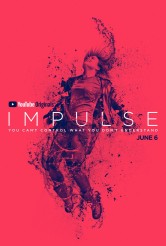 IMPULSE: Co-creator Doug Liman on his new series based on his film JUMPER – Exclusive Interview 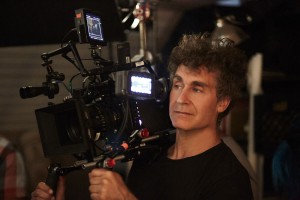 The new YouTube Red series IMPULSE is based on the 2008 film JUMPER, which is in turn based on a novel by Steven Gould. Doug Liman (THE BOURNE IDENTITY, MR. & MRS. SMITH, EDGE OF TOMORROW) directed and produced JUMPER and now one of the creative forces behind IMPULSE, developing and executive producing the series, as well as directing the pilot.

IMPULSE concerns small-town teen Henrietta “Henry” Cole (Maddie Hasson), who discovers she has the power to teleport. This is at first more of a predicament than a gift – it manifests when she is frightened, she can’t control where she goes, and it always brings her back to the town.

Liman talks about why he wanted to make IMPULSE and much more.

ASSIGNMENT X: Had you been walking around with the idea for IMPULSE ever since you made JUMPER?

DOUG LIMAN: Not right after JUMPER, but soon afterwards. It’s like, “I can do better, I want to do better,” and wasn’t quite sure how to do better, but it was like, it’s one of these things where I’m relentless when I’m shooting my films, going back and shooting and shooting and shooting until I get it right. In the case of JUMPER, it already was out, that option was not available to me, but it bugged me that I knew I could do better in this arena, and a number of years ago, I started thinking maybe the canvas of television would be the place for me to [explore the story further] if I’m going to go back into this world.

AX: In JUMPER, there are layers upon layers of things going on with multiple teleporters. Does that enter into the story here, or is Henry a lone teleporter throughout?

LIMAN: The problem with JUMPER in my opinion was, it sort of got too big too quickly, and the world’s way more interesting if there’s the possibility that she’s the only one who could teleport, or if it’s a very limited number of people, versus the movie. There were organizations hunting teleporters, and it wasn’t our world anymore. It was a world in which there are teleporters everywhere, and I don’t do comic book well. I do grounded well. BOURNE IDENTITY looks like a documentary. Even something like MR. & MRS. SMITH, it has a glossy veneer, I repeat, there’s a glossy veneer, there are still really honest characters, way more honest characters in those films than you might see in a normal Hollywood blockbuster, or traditional Hollywood blockbuster, and so I was really interested in getting back to the basics. My favorite part of JUMPER was the opening, before the [younger] kid becomes Hayden Christensen. It’s like that world, there was way more to be explored with a teenager just learning, getting this power. And then I was surrounded by amazing producers on the TV series, and writers.

We pretty quickly started looking at, what’s the Doug Liman version of a superpower? Because I’m a contrarian, and from the beginning, I’m like, one version of the Doug Liman superhero is, he’s not a superhero, or she’s not a superhero, in this case. They have a superpower, but they’re not a hero. Why is it that everybody else gets a superpower and they immediately become a hero? People get superpowers, and suddenly they’re saving the world. I’m like, the world I know, people win the lottery, they don’t suddenly become Mother Theresa. So I’m interested in what would really happen to somebody if they got a superpower. And the idea of grounding the show in a small town in upstate New York with all the problems – it’s a very small canvas to put a big idea against. And the show eventually will get bigger. When we did the TV show THE O.C. [Liman was an executive producer], we learned a lesson. We got too big too quickly, and by Season 2 or 3, the shows became ridiculous. And ever since then, like with SUITS [another series Liman executive-produces], which is going to go into its eighth season, we’ve learned some lessons about how to sustain story and we’re applying them in IMPULSE, and one of the really big discoveries was to have the superpower be a curse. Again, like I said, I’m sort of a contrarian, so rather than, “Oh, my God, she can go anywhere,” if she wants to leave this small town, she gets a power and can go anywhere, what if it’s the opposite – no matter how far she goes, it keeps sending her home?

AX: Is there a timeframe on how long Henry can be away from the town? 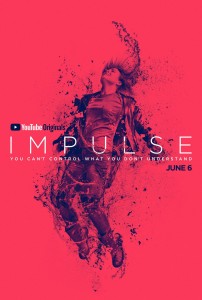 AX: So she will eventually return, but it’s not like, “I have twenty minutes …”

LIMAN: No. Trauma causes the return. Trauma causes her to teleport. And eventually, she starts to be able to go outward, but it’s not controlled for a long time. It’s so much more interesting to explore it as a curse than it is as this, “I suddenly don’t have any problems in the world, because I can go anywhere and do anything.” And because we’ve created such a grounded universe, ultimately, when she does master it and starts to be able to go other places, she’s going to learn the lesson that those of us who have jobs that send us all around the world have discovered, which is, wherever you go, there you are. Your problems follow you wherever you go.

AX: In terms of production design and production budget, how far away from upstate New York can you make it look like she’s going?

LIMAN: Well, we did a TV series called COVERT AFFAIRS, we went all around the world [within the story], and that’s our intention here as well. BOURNE IDENTITY obviously traveled all over the world, and I genuinely believe in part of the fun of somebody having this power is that the audience gets to viscerally have it and get exposed to real places. So there really is no limit to where we can go.

LIMAN: You know, my understanding is, it seems like it’s the same budget. From my perspective as a creator and filmmaker, I appear to have the same tools, same timeframe, same visual effects budget. It appears like it’s the same. I don’t know if there’s some efficiency happening through YouTube, where we’re doing it less expensively, or because of inflation, if we’re spending more. But it’s of the same scale.

AX: Since I believe both COVERT AFFAIRS and IMPULSE were/are actually in Toronto, do you have any of your same production team members from the older series on IMPULSE?

LIMAN: We actually were using people from SUITS. For the pilot, we used basically the entire team from SUITS. And then going to series, it was shooting at the same time as SUITS, so we had to pull from different sources, but we’ve had something in production in Toronto for the last ten years, so we’re really well-established there.

AX: And you’re also familiar with where you can go, and what you can make it look like …

LIMAN: And we use the team that traveled the world in COVERT AFFAIRS, a company called Master Key. They are doing the same for us on IMPULSE.

AX: At least at the outset, when Henry jumps, she leaves a lot of wreckage in her wake. Does that continue as she gets a better grip on her powers, or does that calm down a little?

LIMAN: That’s something that she’ll ultimately be able to calm down. But again, to give us a nice big canvas and lots of problems for the character to deal with, one of them will be how sloppy it is at the beginning, because like anything else you do in life, it’s usually pretty damn sloppy at the beginning. I mean, anything – look at somebody jumping rope. Someone who just is learning, they’re going to jump three feet in the air and they’ll be all over the place. Someone who’s really good, you barely see their feet move, so in the same way, we wanted to give her power an arc, and in particular, because not being good at things is something I’m really interested in. In COVERT AFFAIRS, Piper Perabo’s character is really not a good spy. The series is most interesting in episodes of COVERT AFFAIRS where we play up the fact that she’s young and naïve and is making mistakes, and I really wanted to do that with Maddie and her character Henry, and to give her a lot to learn.

LIMAN: I’m in post on CHAOS WALKING with Daisy Ridley and Tom Holland, a film I did for Lionsgate.

AX: And what would you most like people to know about IMPULSE?

LIMAN: How proud I am of it, and how amazing our cast is, especially our young leads, Maddie and Sarah [Desjardins]. They’re going to have huge careers ahead of them. Obviously, they’ve done other things, but IMPULSE will probably be the springboard by which they become internationally recognized.