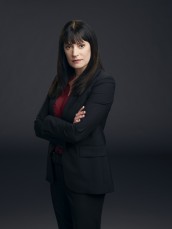 The actors talk Henney's addition to the cast 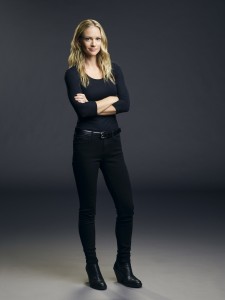 ASSIGNMENT X: Emily Prentiss started out as a member of the team, and now she’s leading it. Is playing someone who’s in charge changing either your performance or your sense of fun with this in any way? 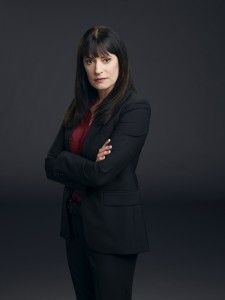 PAGET BREWSTER: You know what? Honestly, it’s hard, because I don’t want to change my sense of fun and how Prentiss is kind of an acerbic, sarcastic person. I just have to find the moments when it still exists, and it’s a struggle for her as a character, and a struggle for me as the actress playing her, to honor what the people who actually do this job do, and also be who I think she is. That’s being the boss, it’s tough but I love it.

[Brewster sees Cook and Henney, walks the reporter over, and makes introductions.] 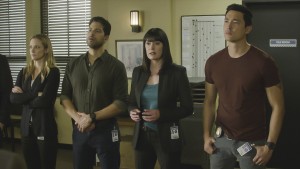 DANIEL HENNEY: Well, I loved my show, it was great, it was a great experience. It’s a big step up. These guys [on CRIMINAL MINDS] know what they’re doing and they are on point all the time. 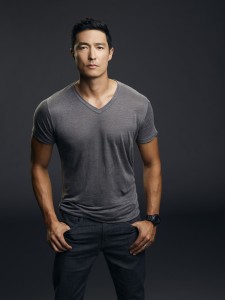 COOK: I’m going to cut him short, we’re going to gut this. He belongs with us. And he is fantabulous and we are not.

BREWSTER: Here’s the other thing. We like to refer to it as the original recipe CRIMINAL MINDS, and Daniel is – I mean, I hope he remains the Daniel that we know. He’s on time, he knows his lines, he’s almost too good to be true.

BREWSTER: He’s so great, though. And we tried. We got him in the hot tub and we got him really drunk Friday night, and got no dirt out of him. He is actually perfect. Daniel is not learning anything from us, except bad behavior. And we hope it doesn’t affect him.

HENNEY: I am learning that, after thirteen years, the cast is still amazingly close and amazing friends.

This interview was conducted during CBS’s party for the Television Critics Association (TCA) press tour. 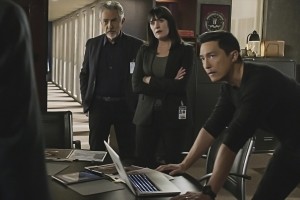