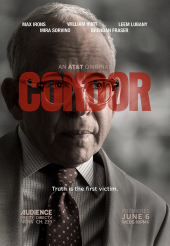 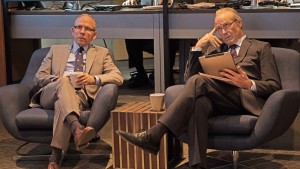 AT&T Audience Network’s new series CONDOR, based on the 1975 theatrical thriller THREE DAYS OF THE CONDOR, which was based on James Grady’s novel SIX DAYS OF THE CONDOR, follows young CIA analyst Joe Turner (Max Irons), who is framed for the slaughter of everyone else in his office. As Joe tries to exonerate himself and find out what has happened, other forces close in around him.

Bob Balaban plays Reuel Abbott, a high-ranking government official who is one of the chief threats to Joe. The Chicago-born Balaban is an actor and director. His performing career encompasses film, television and stage, with roles ranging from cuddly to monstrous, and everything in between. His credits include ISLE OF DOGS, SHOW ME A HERO, THE GRAND BUDAPEST HOTEL, CAPOTE, A MIGHTY WIND, SEINFELD, ALTERED STATES, and CLOSE ENCOUNTERS OF THE THIRD KIND. His directorial work includes the horror comedy PARENTS and HBO’s BERNARD AND DORIS.

ASSIGNMENT X: Given that you have no shortage of work as either an actor or a director, what made you decide CONDOR was a project you wanted to act in?

BOB BALABAN: The first thing, when I heard it was about THREE DAYS OF THE CONDOR, which I think all of us immediately responded to, it was something that I thought would be fun to be involved with, and would be intelligent, and possibly even successful. Then when I heard the cast [besides Irons, CONDOR’s actors include Mira Sorvino, William Hurt, and Brendan Fraser], when I read the first script, there was just no question to me that the writing was really good, and it would be interesting to do, and special. I have no theory of what to do, other than, “Does it interest me, and do I think it might even be good?” And this did both, a lot.

AX: How would you describe your character, Ruell Abbott? There is, shall we say, a core of determination to him.

BALABAN: Well, for me, I can’t wait to see what the second season is going to be about, because for my character, it sets up so many things, and I would be finding out as I would see refinements in Episode 7, because you read these things in the beginning, and in some cases, they just say – they haven’t written it all out, they just are a bit of an outline and then a bunch of dialogue – and I thought, “I’m finding out more about this guy as the thing goes on,” and I imagine in a year to come, if there should be one, it’s going to unfold a little bit like a – I hate to call myself a flower, because I’m hardly a flower, but I think there’s a lot lurking under the surface. 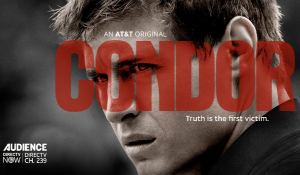 AX: You don’t normally look like this, but is Abbott deliberately meant to look like Jeff Sessions?

BALABAN: [laughs] I didn’t change anything about me to look like Jeff Sessions, so that’s not what it was on purpose. I think I do tend to get cast, and in this thing have been cast in something because I don’t feel particularly menacing or strong or diabolical, but I do think there’s something about Jeff and I that is kind of understated, and you can read a lot into it, and I guess you could say we’re both a little elf-like in a way, but I didn’t emphasize it, and I do have very big ears.

I think as a character, it’s interesting, because we’re never described as what political party we belong to, particularly, although I guess one makes up one’s own mind about that when you watch it. But I would say there are definitely some similarities there in the character. I worked with G. Gordon Liddy many years ago on MIAMI VICE. We were on a couple of episodes, and he killed me in the end of it, and I was worried to work with him. I’d read a lot about him, I knew about his [real-life] involvement in Watergate. The most vivid thing we all remember is the flame under the hand, which he did to toughen himself, to make sure he could stand up to pressure. And I’m sort of looking for that in this administration, because I grew to admire Gordon. The more I worked with him and the more I knew him, I thought, “I don’t agree with his positions, but he’s really rock-solid, doing what he believes in, and he’s explored it, and he’s thought about it, and this is not a choice that he made to be popular or to get ahead in his job or anything else.” He was wholeheartedly committed to what he believed, and I find that admirable. So we can find in people that we’re not like – sometimes, not all the time – cores of things that we’re very able to relate to. 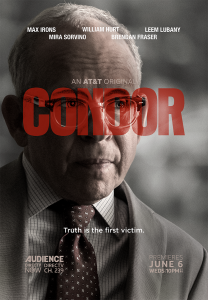 AX: Do you think Abbott is motivated by genuine principle, or is he motivated by, “I have said this, and therefore I am not moving off of it,” or is that something that we need to find out?

BALABAN: I don’t really know. It’s the tip of an iceberg right now, I suspect it’s a bigger bunch of things going on underneath that, but I think it’s both. I think he’s a character who doesn’t like to make mistakes, who doesn’t want to admit making mistakes, and is also really committed to doing something he firmly believes in. And he’s aware it may not look like a good thing, or may be harmful to a lot of people. I think in the long run, he’s committed to doing something that he thinks is important, and he cares about it a lot.

BALABAN: Well, I happen to be in something that is on Netflix right now, WORMWOOD, [directed by] Errol Morris. I was thrilled to work with him, he’s somebody I admired forever. I’m also directing a play [CLEO] about Richard Burton and Elizabeth Taylor [which had its world premiere in April] at the Alley Theatre in Houston, and I’m making a documentary, and I’m developing a couple of television series. You’ve got to do a lot of things in order to make one happen.

AX: And what would you most like people to know about CONDOR?

BALABAN: I think if you loved the CONDOR movie, you should watch this thing, and it’s like the movie is just a hint of what’s waiting here. And if you knew nothing about it, I would say, it’s intelligent, it’s exciting, it’s different from other things, and I think, like all things, what television does better than anything is, it gets deeply into characters that you can’t learn about enough in ninety-five minutes, and I think it’s great at doing that.