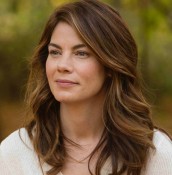 © 2017 HULU
Michelle Monaghan as Sarah Lane in The Path
Interviews 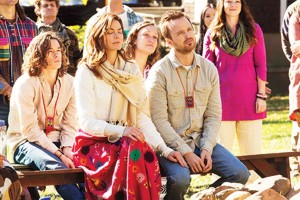 Michelle Monaghan as Sarah Lane in The Path | © 2017 HULU

In Hulu’s THE PATH, now streaming its full second season and renewed for a third, Michelle Monaghan plays Sarah Lane. Sarah is a true believer in Meyerism, a self-help philosophy with its own community. Sarah is so devoted to the cause that, even though they have children together, when her husband Eddie (Aaron Paul) begins to question Meyerish, she leaves him and takes up again with former lover Cal Roberts (Hugh Dancy). When Cal takes up the reins of Meyerism after its founder first vanishes and then dies, Sarah is there to help him run things.

Monaghan has had plenty of dramatic roles before, including Maggie Hart, the Woody Harrelson character’s fed-up spouse. in the first season of TRUE DETECTIVE, detective Angie Gennaro in the film GONE BABY GONE, the long-hauling lead in the feature TRUCKER and the Tom Cruise character’s wife in the MISSION: IMPOSSIBLE series. Monaghan has also completed filming as real-life immigration rights attorney Judy Wood in the film SAINT JUDY. But Sarah is a more complicated character than most.

MICHELLE MONAGHAN: I absolutely love playing a very active character. This character is central to this storyline. But that’s not to take away from somebody [like Maggie Hart] who’s maybe not so active. I mean, what I love most about acting is the reacting part of it, what you can say with no words, and you can say very subtly. I find that to be just as nuanced as someone who’s active on the other side, if that makes any sense. But this second season [of THE PATH] is fun in particular for me, because Sarah is really driving the movement. She is now co-leader of the movement, with Cal, and now this is her life. It’s the only thing she’s ever known, and I’m considered to be the matriarch of the movement, and she’ll do anything for it, considering even leaving her husband and her children behind, because this is her calling. So you start to see her do what I would say are a little morally ambiguous things. She starts to live in more of a gray world, and does actually maybe questionable things, but she believes she’s doing them for the greater good.

ASSIGNMENT X: If you look empirically at Meyerism, or the Path, is what Sarah is doing in keeping with the Path, or is she upholding the Path at the cost of her own path?

MONAGHAN: That’s what I would say. She’s probably upholding the Path at the cost of her own path. But I feel like she, once again, is doing that for the greater good. And it’s kind of what I love about this show, the ideas it explores of faith and religion and what it does, what people do for better or for worse in the name of faith and movement. I think you’ll see that she’s living a very complicated sort of dual life in the second season, which is very active and very exciting to play.

AX: Is there anything in your own belief system that you can draw from to put into this, or is this very different from your own philosophies?

MONAGHAN: I would say it’s very different. She’s very indoctrinated, she’s got a very, very strong belief system. Not that I don’t [laughs] – I don’t subscribe to any one faith or religion, but I certainly believe that there is someone in the universe – God, the Light, whatever it is – and that we all have a higher calling. So I understand, I’m inspired by what they do, because I understand all the characters in that show, and everybody’s looking for some level of enlightenment.

AX: How is it acting opposite Aaron Paul as Eddie and Hugh Dancy as Cal?

MONAGHAN: They’re both so incredibly great to work with. Aaron and I have very similar processes. We’re really, really open – not that Hugh isn’t, I’m not comparing them. We’re very emotional actors, and also because of the nature of their relationship, of being husband and wife, a lot of that material is fueled with emotion. But we very much physicalize the scenes. He’s very fun to work with; we laugh a lot together. And we cry a lot together. And with Hugh, it’s very much that Hugh and I run lines from the moment that we get in the chair. We’re very, very studied, whereas with Aaron and I, I think it’s a lot more instinctual. And Hugh and I are very, very specific about beats and the writing, and we rehearse the lines through and through, and then once we get on set, we’re exactly in the zone where we want to be. Whereas Aaron and I, we rehearse the lines and then we – I don’t know how to explain it –

AX: You sort of hit the right level with each other …?

AX: And what would you most like people to know about Season 2 of THE PATH?

MONAGHAN: Well, I’m really excited. I think what’s really interesting about this is that you start to see what happened inside the walls now taken outside the walls and into the community, and I think that’s really exciting, because it’s slightly awkward. I think the first season is very kind of inclusive, and now they’re learning that in order to stay alive that they need to have more outreach, they need to have more people involved. And how they go about doing that is very, as I said, awkward, it’s very intimidating for them, but it’s also incredibly emotionally empowering for them as a community, because they’re doing a lot of good. And as always, doing some bad, too.