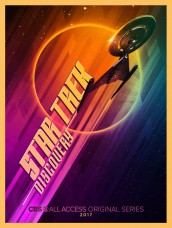 The performer discusses the new CBS All Access series 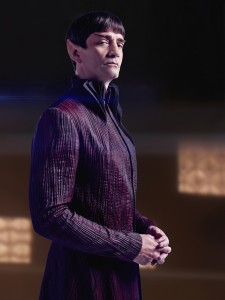 STAR TREK: DISCOVERY is the latest version of the venerable STAR TREK franchise. The ten-episode first season premieres on CBS on Sunday, September 24, and then moves to the streaming CBS All-Access service.

By now, there are a number of different timelines in the TREK verse. STAR TREK: DISCOVERY is set in the STAR TREK Prime universe. For those who aren’t fluent in all things STAR TREK, this means STAR TREK: DISCOVERY is part of the timeline where William Shatner’s Captain Kirk will command the Starship Enterprise, though the new series is set ten years before that mission.

This doesn’t mean that we won’t see familiar characters. Among them is Sarek, Vulcan father of Spock and, in STAR TREK: DISCOVERY, foster father of Sonequa Martin-Green’s human lead character Michael Burnham. In the original STAR TREK series, Sarek was a guest character played by Mark Lenard. Here, he is played by British actor James Frain.

Although this is Frain’s first time portraying a Vulcan, he’s no stranger to genre roles. Frain has portrayed a hostile extraterrestrial in INVASION, a crazy, besotted vampire in TRUE BLOOD, a Wesen prince in GRIMM and a sentient computer program in TRON: LEGACY. Non-genre roles include a stint as Thomas Cromwell on THE TUDORS and a police lieutenant in Season 2 of TRUE DETECTIVE.

When CBS hosts a Q&A panel for STAR TREK: DISCOVERY and the Television Critics Association press tour, Frain answers a few queries onstage, then stays and answers a few more one on one.

ASSIGNMENT X: Was STAR TREK something you actively thought, “Gee, I’d like to be part of that someday” once you understood it was an ongoing thing, or did it not occur to you until this came up?

JAMES FRAIN: The idea of being in STAR TREK – it’s like, STAR TREK, STAR WARS, there was certainly BLADE RUNNER – there were certain things where it was like, “Well, I’m not going to be …” I mean, at eight, the idea of being in STAR TREK was impossible for me to imagine. It’s so beyond what I thought was possible at that point in my life. I loved it, but it might as well have been on the moon. I can’t find the right word to describe it. I didn’t think about being in those movies, because they seemed so much a universe away. And when it happens – I’d been shooting for two weeks before it really sunk in. I was like, “Oh, my God, I’m in STAR TREK.” [laughs] 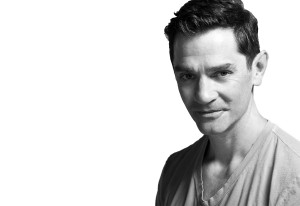 FRAIN: I want to say that just from the perspective of playing a Vulcan, it’s been really interesting looking at the human world through the eyes of a people who have decided that emotion itself is barbaric and will always lead to war, that human beings are barbaric as a result, and could not be trusted, because they start wars and they kill people. And the Vulcans don’t do that anymore, not for hundreds of years, and so it’s really that’s the kind of angle that my character is looking at the human world from. It’s like, yeah, they [Vulcans] have these high ideals, but [shakes his head, indicating that Vulcans don’t always live up to their ideals], they lose their temper and they start a war.

AX: Did you look at Mark Lenard’s Sarek at all? 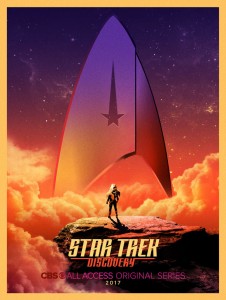 AX: What did you take away from that?

FRAIN: Well, I love what he did with the role. It’s so clever and witty. And I liked his presence, and I admired the way he was playing with the character. So I kind of watched enough that I got a sense of where Sarek needs to end, and then I stopped watching, because I didn’t want to be intimidated. And so I think approached my own version. And at the back of my mind was always his, so I hope there is a continuity. People change in their lifetimes. Things happen to them and they change.

AX: Some iterations of STAR TREK have been a bit grim. How much humor is there in the new series?

FRAIN: [possibly with tongue in cheek] I’ve got to tell you, the Vulcans are hilarious. They are just so witty and funny, and you are going to love them.