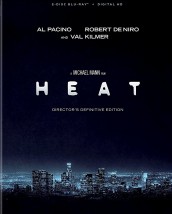 Also reviewed: THE RED TURTLE, A DOG’S PURPOSE, 3:10 TO YUMA

Your guide to some of the new releases that are out this week (or perhaps a week ago). 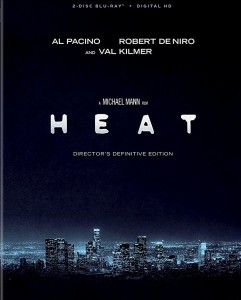 There are a few movies that just do it for me. RONIN is one because I love the mash-up for characters all doing shady dealings in Europe. HEAT is one of Michael Mann’s best work because it has multiple players doing a variety of heinous crimes and brings together two actors that were (at the time) the top of their game in Al Pacino and Robert De Niro. Now, how both of these actors perform today is an entirely different story. But in HEAT, they knocked it out of the park. The Definitive edition is the same film that has been remastered using modern technology to give it the best possible appearance. It was supervised by Mann and also includes loads of extras including new interviews reflecting on the movie from the cast, a moderated discussion by Christopher Nolan and more. 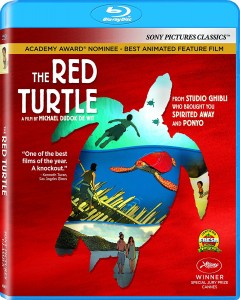 Studio Ghibli has been rolling out great films for a very long time and once again they have delivered the goods with THE RED TURTLE. The film tells the story of a man shipwrecked at sea who becomes stranded on a beautiful but deserted island. While he masters living by himself and accepts his isolation to a point when it tries to escape a giant red turtle hinders his efforts. Eventually a young woman arrives on the island also lost at sea and they form a family. Some decent special features on the disc include two making of featurettes and a Q&A with the director. What makes THE RED TURTLE enjoyable is the amazing painted visuals as well as an interesting story of lost, hopelessness and redemption. 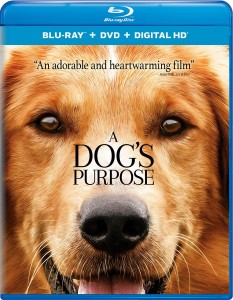 Here’s the part where the outrage culture got it wrong and it is the detriment of a pretty good movie. There was footage of a dog possibly being abused on the set of A DOG’S PURPOSE causing the distributor to cut all promotion of the film and limp it into theaters. Turns out, no dog was harmed at all on set and the footage that was leaked showed only a small portion of what actually went down. Too bad because A DOG’S PURPOSE is a funny, touching and sad tale of a dog that lives multiple lives being reincarnated after being shot protecting his owner or saving his owner from an accident or just old age. Kids will enjoy it because it is told from a dog’s perspective with much hilarity while also showing how owning a dog comes with responsibility and many emotions. 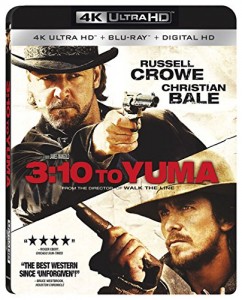 Not sure that 3:10 to YUMA is the best content for 4K as there are not a lot of huge action set pieces. But there are very beautiful shots of the Old West and given content for 4K is slow going, I’ll take what I can get. The movie itself is a great update from the original with Russel Crowe playing a gunslinger and Christian Bale playing a struggling farmer bringing him to make some extra money. Along the way, they form a kinship that really become the focal point of the movie by the end. Still, it looks amazing, sounds amazing, good plot and comes with a digital copy, what’s not to like here?