The executive producer talks about working with John Ridley 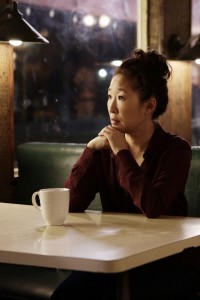 McDonald, who earlier worked on HERCULES: THE LEGENDARY JOURNEY and XENA: WARRIOR PRINCESS, talks about his love of topical subject matter and more.

ASSIGNMENT X: If John Ridley did not want to do this kind of subject matter, would you still want to be working with him, or is part of working with him getting to tell these stories like GUERRILLA and AMERICAN CRIME?

MICHAEL J. McDONALD: John and I, when we first met, had a passion for telling these stories. It was one of the reasons why we even formed our partnership, because of our love and our fandom of such shows, or a lot of documentaries, true crime, including THE CENTRAL PARK FIVE, and we felt that we both had this burning desire to take the opportunity that we are given to speak on this large landscape. If you’re given this opportunity, and we’re just fortunate enough to be able to say things and do things that are prescient and timely. I would do anything with John because he always has something to say, and I feel honored to be able to do that with him.

AX: Were there any documentaries that were particularly influential in the depiction of either the farm workers or the sex workers for this season of AMERICAN CRIME?

AX: You were originally going to shoot Season 3 of AMERICAN CRIME in Texas, but you wound up shooting in California. Why the change?

AX: Is one of the reasons you’re not shooting in North Carolina, where the story is actually set, because it’s a comparatively anti-labor union state?

AX: You were able to find all the resources you needed in Texas when you were there?

McDONALD: Yes, Texas has a great crew base. With the loss of the tax incentive, especially in Austin, a lot of people have moved away to Atlanta, New Orleans and Los Angeles, because there’s no longer a lot of work there.

AX: John Ridley has said that a lot of your Texas crew came to work with you in California …

McDONALD: They actually chose to come. We did not bring them – they chose to follow us. Of course, if they want to come work with us, we love them. They moved themselves. You get to see us and our actors – everybody who works on the show feels as strongly as we do that we are telling stories that are giving voices to those people who are voiceless in our world, especially this season. So they came to work with us, and it moved both John and I that they would move their families and move their lives to be a part of the show.