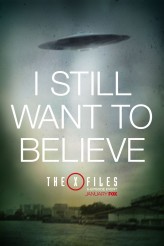 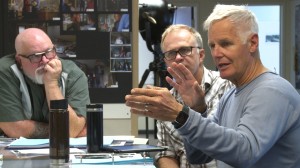 THE X-FILES is returning for a six-episode run on Fox, beginning Sunday, January 24 after the football game, then settling into its regular timeslot on Monday, January 25. Should it need explaining, THE X-FILES previously ran on Fox 1993-2002 and had two feature films, all created by Chris Carter and starring David Duchovny as UFO believer FBI Special Agent Fox Mulder and Gillian Anderson as his more skeptical partner, FBI Special Agent Dr. Dana Scully.

Carter, Duchovny and Anderson are all back for the new run. Back in 2014, Carter had another series, THE AFTER, set up at Amazon, but only the pilot was made.

AX: What happened with THE AFTER? Is that going to go anywhere other than where it was, at Amazon?

CHRIS CARTER: No, it sort of stopped there. I wrote eight episodes of the show. I think there was a difference of opinion about the direction of the show. But it was a tough sell from the beginning. It’s eight characters in Hell. So I think that they didn’t see that as the next X-FILES.

AX: To ask about THE X-FILES, after these six episodes, do you think you’re going to want to return to it periodically, or does this run get out everything you wanted to say about it?

CARTER: You know, I’m of two minds about it. Right now, I’m tired, so it’s hard to answer the question, but I think that there are an endless amount of X-FILES stories to be told, and I’m a storyteller, so I think that it would make perfect sense that there could be more if the opportunity arises.

AX: And what about THE X-FILES do you particularly enjoy returning to? Is it a specific thing, or is it so much a part of you that it’s natural to go back to it now and then?

CARTER: I pick up the paper every day and I see a new X-FILES story. So for me, it’s a storytelling opportunity. But mostly, it’s about Mulder and Scully. I love those two characters, I like those voices in my head, and it’s really a chance for me to explore things I’m interested in through those characters.

This interview was conducted during Fox Network’s portion of the winter Television Critics Association press tour.