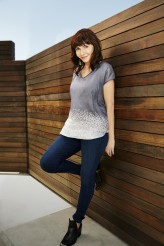 THE LAST MAN ON EARTH: Mary Steenburgen on being drunk in the apocalypse – exclusive interview

The actress talks her character's foibles 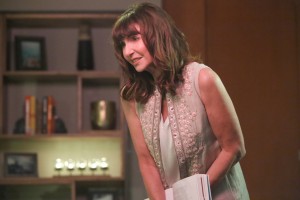 In Fox Network’s half-hour comedy THE LAST MAN ON EARTH, now in its second season Sundays at 9:30 PM, Will Forte’s Phil Miller survives a disease-created apocalypse to find he’s not entirely alone after all.

Mary Steenburgen plays Gail Klosterman, one of the people Will encounters in his travels. Arkansas native Steenburgen, who won an Oscar for her acting in MELVIN AND HOWARD, has recently had arcs on ORANGE IS THE NEW BLACK and JUSTIFIED. She stops for a short chat about her work on an Earth where most life is gone, yet comedy continues.

MARY STEENBURGEN: She’s a drunk, who is very brave and sad and lonely and wonderful.

AX: Was she a drunk before the apocalypse?

STEENBURGEN: That’s a good question. I think it got worse after the apocalypse. Her loneliness made it worse.

AX: Are you enjoying doing a sad comedy?

STEENBURGEN: I love every second of it. I adore the people I work with, I love it.

This interview was conducted during Fox Network’s party at the most recent Television Critics Association press tour in Pasadena, Calif.

Article Source: Assignment X
Article: THE LAST MAN ON EARTH: Mary Steenburgen on being drunk in the apocalypse – exclusive interview