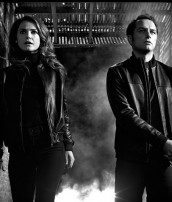 The exec producer/show runner talks some of the upcoming storylines 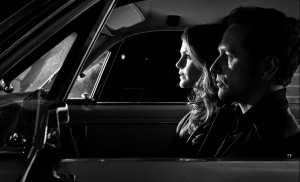 Season 4 of FX Network’s THE AMERICANS commences Wednesday night, March 16 at 10 PM. Its antiheroes, Philip (Matthew Rhys) and Elizabeth Jennings (Keri Russell), apparently a couple of perfectly normal travel agents with two kids in the early Eighties, are actually embedded KGB spies. They have finally acknowledged their true identities to adolescent daughter Paige (Holly Taylor), who is devastated – and tells her pastor. As if this weren’t threat enough, across the street neighbor Stan Beeman (Noah Emmerich) is an FBI agent who wrongly believes his wife is having an affair with Philip.

Executive producer Joel Fields, who serves as THE AMERICANS show runner alongside fellow exec producer/series creator Joe Weisberg, opens up under some friendly interrogation about where the show has been, where it may be going and when the endgame will come into play.

AX: How much did you always know and how much of a big change in the texture of the show was it when Elizabeth fell in love with Philip? Was that intended from the beginning?

JOEL FIELDS: Oh, yeah. The relationship story was always something that was central to this show, so that was something in some shape or another that was going to be explored from Day One.

AX: Did it do what you expected it to do?

FIELDS: Yes and no. It surprised us in all the right ways.

AX: Without getting too spoilery about it, Season 4 introduces the threat of germ warfare. How much is that going to be a part of the story?

FIELDS: The bio-weapon story is a big story, and it’s going to be a big part of the season, and it’s fun, because on some level, it’s a metaphor, but it doesn’t have to function as metaphor, as it’s just a scary, scary thing.

AX: Elizabeth and Philip’s KGB handler Gabriel, played by Frank Langella, is currently very angry. Would that have happened in any case, or is that to facilitate the return of former handler Claudia, played by Margo Martindale?

FIELDS: No, I think his anger at Philip and Elizabeth has to do with the fact that they haven’t been listening to him, and he’s struggling to find a way to be heard, and he really does love them. And I think Margo has been fun to explore in that relationship. He’s a father figure, and as such, he loves them, but also, we have to separate from our parents, and that’s never an easy process.

AX: Does Paige’s pastor, played by Kelly AuCoin, believe what she tells him about Philip and Elizabeth?

AX: Elizabeth and Philip often wear some pretty elaborate disguises. Normally, it seems like the disguises are driven by the story, but are there any instances where you thought, “I’d really like them to dress like this, what can we do to justify it?”

FIELDS: [laughs] No, never. The truth is, as fun as that sounds, when Joe and I and the writing staff are working on the stories for the season or any particular episode, it’s never about, “Oh, we want to see this,” or “We want them to do that.” It’s about where the characters are heading, and then that creates kind of an inevitable storytelling for them, with lots of wigs, big moustaches, glasses and funny sweaters.

AX: There was a storyline last season where Philip was tasked with forming a relationship with an underage girl, played by Julia Garner, whose father is a Washington, D.C. power figure. Philip took exceptional measures to make sure the relationship never became physical, but are you continuing with that storyline this season?

FIELDS: Well, her character will return in the series, and probably this season. I don’t want to say more than that, but that story really achieved in a big way what it needed to achieve last season. Now, as part of his job, Philip will need to continue to manage her, because he needs to continue to get those tapes, but that as a major storyline is not going to be a dominant thing as this season begins.

AX: Was there any sort of discomfort from anyone of, “We can watch him kill people, we can watch him stuff somebody in a suitcase, but we can’t watch him do statutory rape”?

FIELDS: I don’t know that I’d put it quite that way, but I’d say, for him as a character, I think that was the idea, was to raise exactly that, that for a guy who’s becoming increasingly aware of the human consequences of his actions, here he is, with a daughter around this age, being forced to confront the question of sacrificing an individual to what may or may not be the greater good, and the consequences of victims in wartime. We had a couple of long and deep conversations with Matthew Rhys last season about this storyline, and what it was we were trying to explore, and they eventually got to, I think, a place of real understanding, and I think that led to a really wonderful performance.

AX: Have there been any storylines that you or Joe Weisberg have decided against because you felt personally like, “Okay, that’s around the bend”?

FIELDS: I wish. But I think we gravitate towards stuff that has an impact. And we’re really not looking to shock, or to go around the bend, per se, but we’re really looking to challenge our characters, and our characters have already been to some pretty dark places. So in order to shake them up, sometimes things have to get rough. But they are soldiers in a war, and from their perspective, they’re on the right side of that war, and part of what this show is exploring is the costs of what it is to be a soldier.

FIELDS: Well, I think he certainly sees things differently than Elizabeth. But in any marriage, we see things differently, in any relationship, we see things differently. And I could look at her character point of view from her character point of view, and understand exactly what that is, why she believes in her cause and her country and her fidelity and loyalty, and I could see his point of view from his point of view, and see that, having lived here, Americans are different than what you were taught back home, and he sees so many parallels and that maybe things aren’t that different. And I have my own cultural biases that I bring to either of those positions, but what’s exciting to me is exploring the relationship between these two people who have such different positions, and yet really love each other.

AX: And what’s happening this season with Henry, the Jennings’ son, played by Kiedrich Sellati?

AX: Is he starting to have questions about why Mom and Dad are out of the house at all hours?

FIELDS: No, but they are out all hours, and he’s spending more and more time over at the Beeman house, which is maybe not the best thing for them, long-term.

AX: While in the Eighties, this wasn’t quite the issue it is now – are they going to have any questions about, “Why does this adult man want to spend so much time with our son?” or it’s more just that Stan and Philip aren’t getting along?

FIELDS: I think it’s more the latter. It’s so interesting. We’re writing about the early Eighties, a time that Joe and I remember, because we were kids then, in high school, and I recently watched E.T. with my kids, and I was struck, a) by how fantastic it is, and how perfectly it holds up, and b) how by today’s standards, the children would be taken away from that home. They’re left home alone, they’re riding their bikes without helmets. So I think we constantly have to remind ourselves that parenting was different back then, families were different back then. And you know, if your kid wasn’t being brought home by a police officer, he was fine.

AX: Do you and Joe Weisberg have an endgame in mind for THE AMERICANS?

FIELDS: This is not a show that’s just going to go on indefinitely. We definitely have an end in mind, and Joe and I have both talked about an end that is formed and talked about an end that is forming. And exactly when that will fall is still somewhat up in the air. Whether it’s five or six seasons, I think we’ll figure that out as we dig through, but it definitely won’t be this season. And it also won’t be an indefinite thing. It seems like this season, we’re ending the second act, as it were, of the three-act structure of the series, and whether the third act is a season or two seasons, we’ll see probably over the course of this summer as Joe and I walk and talk and work on the arc of where we’re going next.

AX: And what would you most like people to know about this season of THE AMERICANS?

FIELDS: That you can’t escape the consequences of your actions forever.

This interview was conducted during the Fox/FX Networks’ party for the most recent Television Critics Association press tour in Pasadena, California.